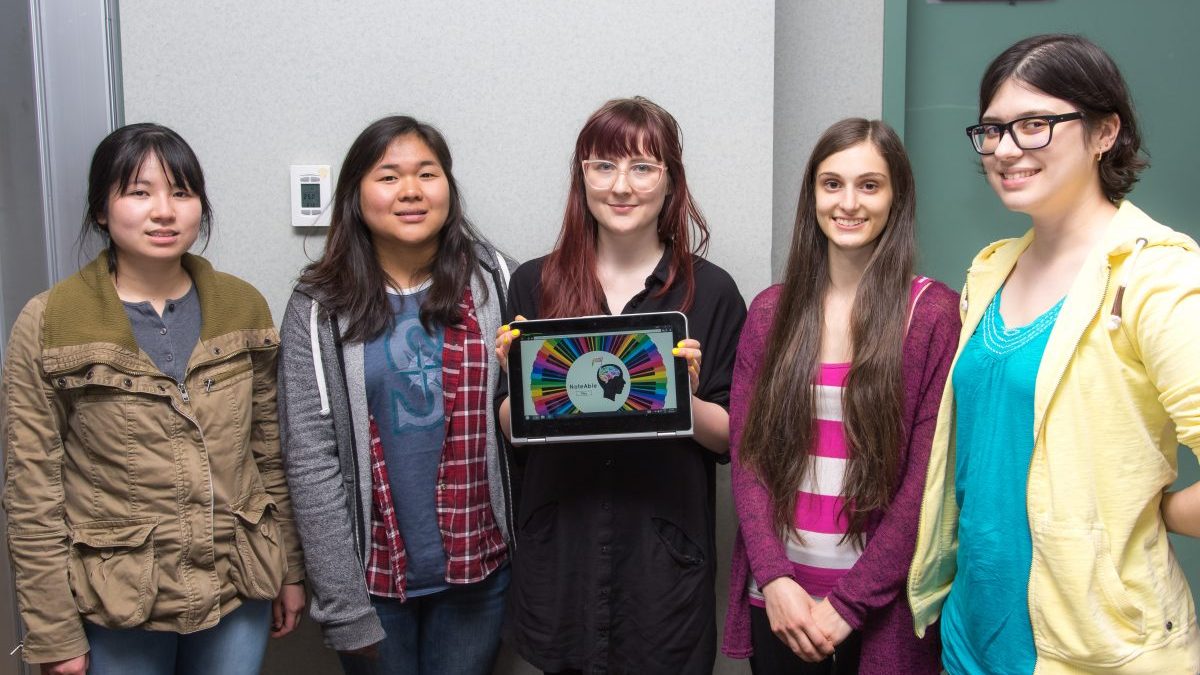 The first year of the BCIT Computer Systems Technology (CST) diploma program is known to be challenging, but that doesn’t mean it can’t end in fun and games.

Students wrap up the year by presenting games they have created. This year’s theme was ‘brain games.’ To build the games, students drew on a whole range of first-year skills: teamwork, different computer languages, communication, and project management.

They had to create a short elevator pitch-style video; they had to present the project, including reflections on challenges and lessons learned; they had to demo; and they had to let their classmates and guests try the game out and vote for the best.

The games were varied: from an amusing route-selection game intending to help Donald Trump find his way to the White House (or not!), to serious games aimed at helping people learn math skills, there was something for everyone.

While many have the impression that games are the domain of leisure, underlying these games is the important role they can play in improving lives in the form of education and stimulating memory. Recent studies suggest brain games can help patients with dementia.

Also winning was the Math of the Dead team, whose game requires the player to solve addition, subtraction, multiplication, and division math problems in an attempt to fend off zombie attacks.

Popular in the afternoon session was NoteAble, a very appealing music instruction game with beautiful design. Team member Meghan Tius enjoyed the team experience and explained “everyone had a unique skill to bring to the table and we learned a lot from each other.”

“In five short weeks, the students worked tirelessly and many teams delivered a release-ready brain game that can not only serve as educational games for K-12 but also help improve cognitive abilities for all age groups,” concludes Huang.