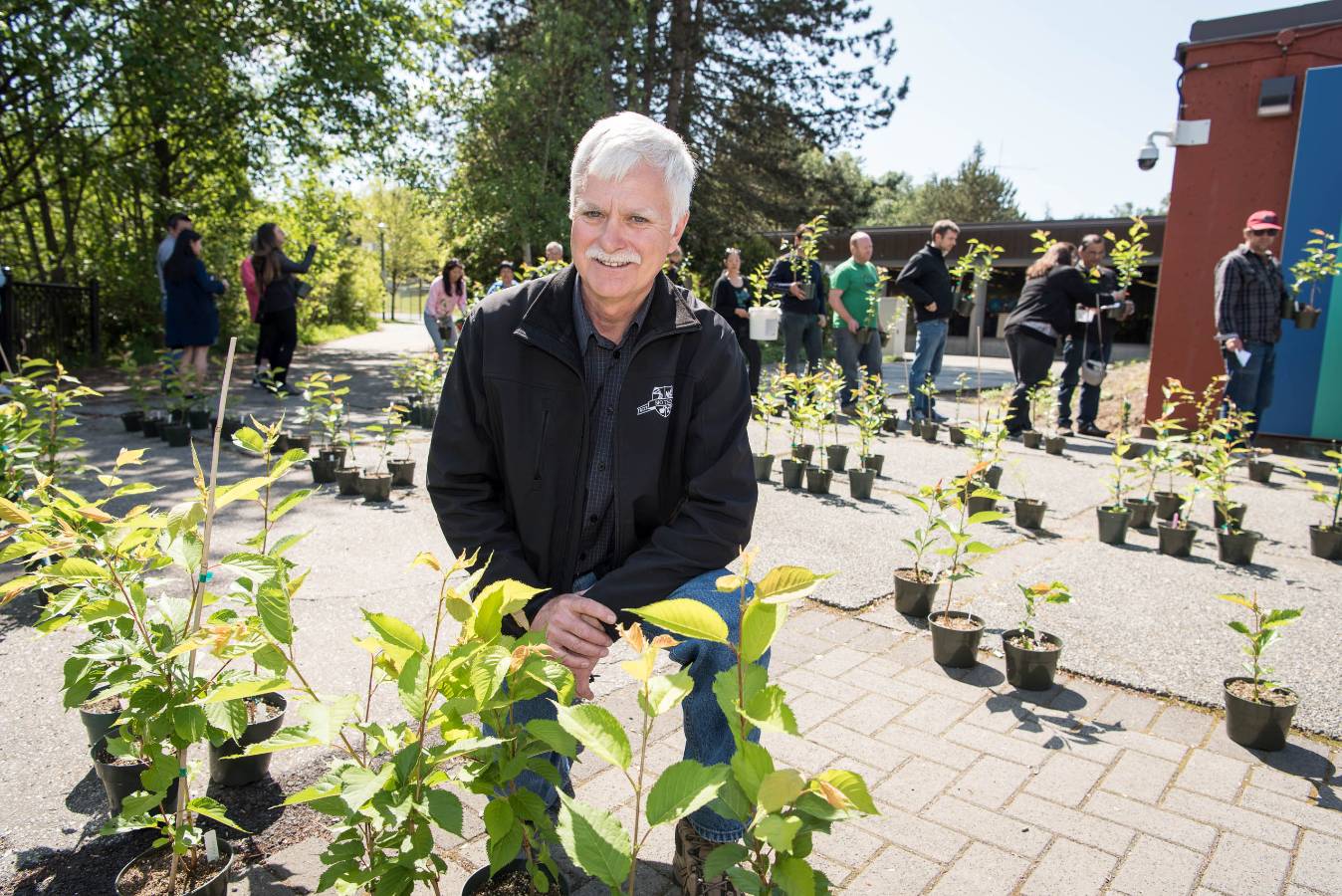 Update: All cherry blossom trees are sold! Thank you to everyone who supported this cause.

BCIT’s Keith Turner has dedicated the past five years of his career to bringing Vancouver’s rarest cherry trees back from the brink of extinction. Now Keith has taken the project as far as he can, and he’s asking for the public’s help in completing his monumental mission.

More than 55 varieties of cherry trees were originally gifted to the city of Vancouver by Japan after the First World War, but due to age, urban sprawl, and construction, many of those varieties are disappearing from the Vancouver landscape. Replacement trees cannot be imported to Canada because of strict plant health regulations. So if Vancouver’s cherry trees disappear, they won’t be coming back.

Enter Keith Turner and the BCIT Bachelor of Science, Honours in Biotechnology students.

With Keith’s instruction, some help from the UBC Botanical Garden, and the blessing of the Vancouver Park Board, the team began their work in 2011. Five years later, the tiny cherry trees (also called cultivars) sprouted in their test tubes, grew their own roots, were re-potted, and are now quickly outgrowing their BCIT greenhouse

Keith now has 400 1ft tall cherry tree seedlings and has taken the project as far as he can. “This has been part of my life’s work, and I’ve enjoyed every minute,” said Keith. “At the end of the day, I just want the trees to find good homes.”

Which is why, this coming Friday, April 29, Keith will be selling all 400 of his unique cherry tree seedlings.

There are four varieties in total—Ito-kukuri, Fudan Zakura, ‘Pink Perfection’, and Ojochin. The Vancouver Cherry Blossom Festival estimates that there are only one or two Ojochin and Fudan Zakura trees left in Vancouver.

The sale takes place at the BCIT Burnaby Campus, 3700 Willington Avenue, in front of the Recreation Centre (SE16) from 2:00pm – 5:00pm (or until sold-out). First come, first serve.
Funds raised from the sale of the trees ($20.00 each) will be donated to a biotechnology student bursary or scholarship.
For interview requests, media can contact Jocelyne Leszczynski, BCIT Media Relations Coordinator, at jleszczynski2@bcit.ca or 604-250-9251.