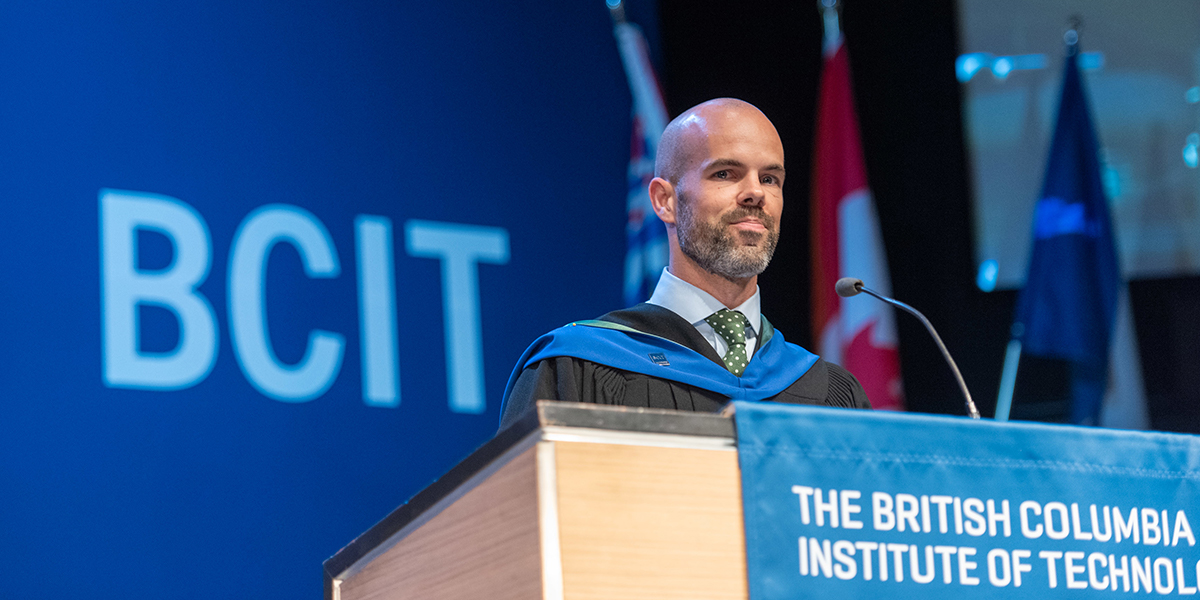 Very few eleven-year-olds want to be an investment advisor when they grow up, but for finance alumnus Kiel Landrigan, that was his childhood dream. That is, after he grew out of wanting to be a major league baseball player.

Kiel says he wanted to follow in the footsteps of his step-father, who was an investment advisor and a source of industry knowledge and mentorship for him.

“I was so fascinated with the industry,” Kiel says. “Even from the age of 11, I was always peppering my step-dad with questions to learn more.” Kiel recalls being thrilled to receive his first suit from his mom around that same age.

His enthusiasm for finance continued into his teens, but he would have to work a few odd jobs before taking on the financial planning world. From pumping gas to delivering pizza, he says that he was determined to make the most of every opportunity: “I always had a little hustle in me. Even as a teenager, I’d be delivering pizzas in my beat up Civic, just trying to get the biggest tip that I could.”

Finding a path in finance at BCIT

In order to make his financial management dreams a reality, Kiel enrolled at BCIT for the promise that graduates would be career-ready.

“That first semester at BCIT, I didn’t know what I was in for,” the BCIT alumnus explains. “I remember I got 65% on my first accounting exam. I ended up graduating with honours, but that first semester was a bit of a wake-up call.”

After graduation, Kiel was hired at Desjardins, a Canadian financial services cooperative and the largest federation of credit unions in North America. With his sights set on a career as an Investment Advisor at TD, Kiel applied at TD after gaining six months of experience.

He landed a role with TD and recalls being one of the youngest people at the firm. He had to work hard to prove himself before he’d be able to manage clients: “That first year was a grind. I was mostly cold calling.”

Kiel’s hustle paid off. Within the first year of working at TD, Kiel signed a $2.5 million client, which helped propel his career.

Now he is a discretionary Portfolio Manager and VP that runs a portfolio of clients focusing on investment management, tax planning, retirement, and estate planning. “It’s really interesting to meet so many people from different industries who have all done phenomenal jobs at what they do,” Kiel says, adding that he enjoys staying up-to-date on ever-changing market behaviour.

He says that he was able to get interviews at both Desjardins and TD through introductions made at industry presentations he attended at BCIT.

“You really get out what you put in, and there’s no truer example of that than BCIT,” Kiel emphasizes.

Are you a BCIT alum? Get the latest news, inspiring alumni stories, and exclusive opportunities in our quarterly BCIT alumni e-newsletter. Update your contact info now.

Reconnecting and giving back through the BCIT Alumni Association

Having successfully realized his childhood dream of becoming a portfolio manager, the BCIT alumnus gives back by sharing the wisdom he gleaned from his step-father, his career, and his education at BCIT by mentoring new aspiring finance professionals.

But mentorship isn’t the only way Kiel gives back: In 2012, Kiel joined the BCIT Alumni Association Board of Directors to get more involved with his alma mater.

“BCIT did so much for my career, I thought it would be an awesome opportunity to give back,” Kiel emphasizes.

After serving an outstanding nine years, most recently in the role of Vice President, Kiel’s term came to a close in June 2021. He reflects on some of the contributions that he’s most proud of including celebrating the Alumni Association’s 40 year anniversary and pledging $1 million to the BCIT INSPIRE campaign: “I’ve really enjoyed my time on the board. We have such a strong team. I’m so proud to have been a part of such growth.”

Kiel shares why he thinks it’s important to give back: “There are so many people, even from my cohort, that after getting a degree, come to BCIT to get their career. I think more people should know that BCIT is an incredible launch pad for their career.”

While his term on the board has ended, he plans to stay involved with the association and hopes to join the BCIT Alumni Association Board of Governors in the future.

His mantra is that there are no rewind buttons, so live each moment to the fullest. And in this moment, he’s busy in his most important role yet: fatherhood. Kiel and his wife, Justine, welcomed their daughter in early July, 2021.

Learn more about the School of Business + Media and the Financial Planning program.

3 thoughts on “After 9 years on the BCIT Alumni Association board, Kiel Landrigan shares why he gives back to BCIT”