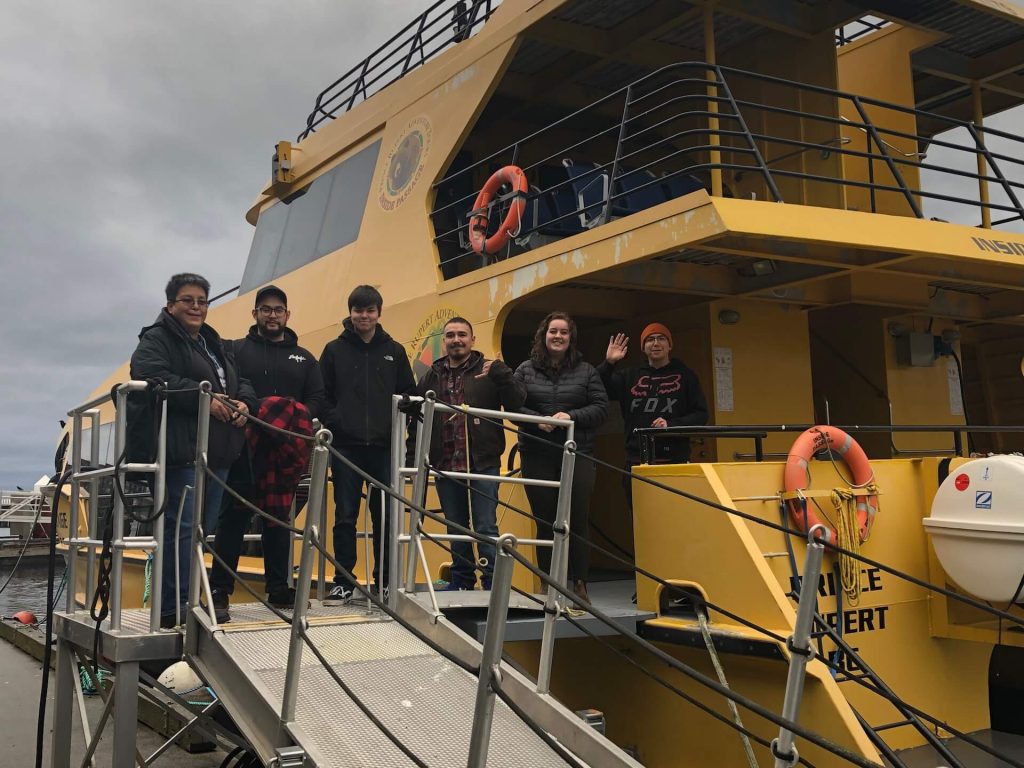 In Canada, the marine shipping industry and Indigenous communities are closely connected along all three coasts, the Great Lakes and the St. Lawrence. Ships sail through many of the traditional waters of Indigenous peoples and take on and offload cargo on their lands. Wakes and pollutants from ships can harm these areas by disturbing habitat and ecosystems that provide sustenance and economic livelihoods to Indigenous coastal communities.

In conducting its review on this topic, Clear Seas, an independent not-for-profit research centre that supports safe and sustainable marine shipping in Canada, found that a number of organizations are already implementing the principles of reconciliation as set out by Canada’s Truth and Reconciliation Commission (TRC). Some organizations, on both the East and West Coasts, have made positive steps forward, while others have yet to begin the journey.

For many, reconciliation is a multi-generational process which may take years to rebuild trust and understanding between coastal communities and the marine shipping industry. Creating new opportunities for employment and changing attitudes around shipping could be instrumental in the journey towards reconciliation. A number of post-secondary institutions across Canada have specialized programs to train Indigenous mariners and programs to encourage them to choose a career in the marine industry. And training and educational programs to advance Indigenous students is where many of the marine shipping companies have made important investments.

One of the largest First Nations’ educational initiatives was set up in April 2019 in partnership with two BC post-secondary schools – Camosun College and the British Columbia Institute of Technology (BCIT) – to offer an Enhanced Bridge Watch Rating (BWR-E) program. With federal support through the Oceans Protection Plan, the program reduces barriers for people who are underrepresented in the trade, such as women and Indigenous people, to train them on skills  needed for an entry level job on a commercial vessel.

John Dymond, MBA, Business Development Manager at the School of Transportation at BCIT, says that the BWR-E program consists of a series of modules designed to train the candidate in the daily activities aboard a variety of ships. Activities include navigational duties, charts and buoyage, ropework, mooring and anchoring, cargo operations, communications and many ship safety duties as well as an understanding of marine related regulations. Students earn a number of Transport Canada certifications and credit towards required sea time.

When it sought to enroll a second cohort of students, BCIT partnered with the Kitimat Valley Educational Society and the Haisla Nation in a program for 12 weeks held in their community with an additional four weeks of training in the Vancouver area. Those graduates finished in January 2020 and some were offered jobs by Seaspan, West Coast Launch and BC Ferries. “We are not just committed to getting an academic credential or certification, but we’re committed to helping graduates find sea time and launch careers as mariners. BCIT has a strong relationship with many marine companies and we count on these relationships to find jobs for graduates of the bridge watch program,” John says.

John echoes a recurring theme that there are many benefits to recruiting Indigenous people, especially given their historic relationship with Canada’s oceans and waterways since time immemorial, which brings a valuable skill and unique perspectives to the industry.

As an educational body, BCIT is committed to action that builds understanding around reconciliation. The project team involved with the BWR-E have taken a short course to learn the history of Canada from an Indigenous perspective. Other institutions like Georgian College have a similar commitment to reconciliation. Both BCIT and Georgian College are signatories to the Colleges and Institutes Canada Indigenous Education Protocol and BCIT’s Indigenous Vision is centred around those principles.

“It’s important to engage and reconcile for many reasons but it’s ultimately about doing the right thing. The right thing includes, respect, awareness, inclusion and collaboration with Indigenous people,” John says. The world is changing and the marine industry, like others, must change with it. “What worked in the 20th century won’t work for much longer. It’s not just around Indigenous issues; this is a time of re-alignment. Businesses have to change for their own long-term success.”