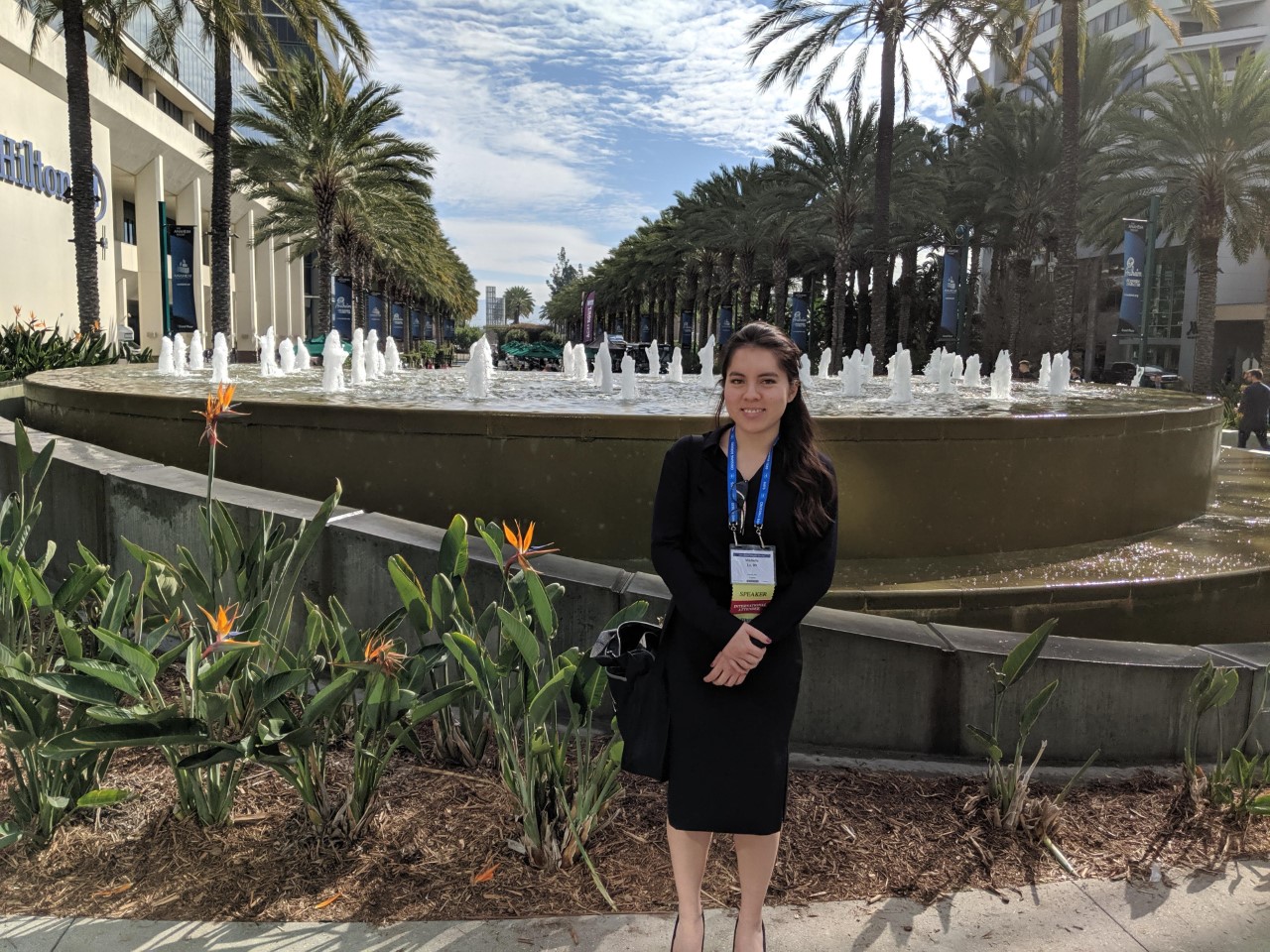 When DNA was first used as a forensic tool, it was deemed the holy grail of the justice system: bare, scientific facts that could outwit the challenges associated with human perception, motivation and bias. But while forensic DNA technology is evolving, Forensic Science and Technology alumna Michelle Le has shown that DNA science also has the potential to produce falsely incriminating evidence. Her research was noticed by the renowned American Academy of Forensic Sciences, where she presented her findings in Anaheim last February.

It all begins with the well-known story of Lukis Anderson, who finds himself charged with homicide when his DNA is found on the fingernails of a dead man he’d never met. This gut-wrenching dystopian story leaves a big impression on Forensic Science student Michelle Le. She decides to model the sequence of events in an experiment of her own.

Michelle chooses her degree capstone project in July 2018. “I’m very passionate about forensics,” explains Michelle, “I wanted to go the extra mile and take on something challenging.”

Michelle digs through various scientific journals and articles before coming across a phenomenon called ‘DNA transfer’. “When forensic DNA analysis started in the 80s, you needed some bodily fluid like saliva, semen, or blood to create a genetic profile,” explains Michelle. “This changes in the late 90s when scientist discover that DNA can also be detected from traces left by a touch.”

If traces of our DNA can make their way to a crime scene we never visited, we are all potential suspects

In the following years, scientists also discover that once DNA is out in the world – on a doorknob or knife, for example – it doesn’t necessarily stay there. Hence the term: DNA transfer. And this can have – as Michelle discovers in the case of Lukis Anderson – dramatic consequences. “The fact that contact DNA can be transferred has enormous implications for forensic investigations,” says Michelle. “If traces of our DNA can make their way to a crime scene we never visited, we are all potential suspects.”

The Power of DNA: a fascinating paradox

Michelle decides to conduct a DNA transfer experiment of her own. “I find the paradox highly fascinating. On the one hand, you have this firm belief in the power of forensic DNA and its ever-improving techniques to create DNA profiles with fewer and fewer cells. But at the same time, the chance increases that samples get affected due to DNA transfer. My experiment showed that small amounts of DNA evidence should be used with caution, particularly contact DNA.”

To explore the possibility of DNA transfer, Michelle models a real case in which a coroner allegedly handles a Lululemon bag possibly containing the suspect’s DNA, and the gun he discovers nearby, without changing gloves. The coroner also rules it a suicide, but investigators prove it is homicide.

Whose DNA is it and how did it get there?

A crucial part of Michelle’s experiment is the so-called ‘shedder ability’. Some people are ‘good shedders’ and can deposit a full DNA profile on an object after ten seconds, whereas a ‘poor shedder’ only deposits a partial DNA profile. And there are also very poor shedders, who deposit more of someone else’s DNA than their own.

Due to the high sensitivity of today’s DNA technology, their mistakes could be critical

For instance, a full primary donor DNA profile is found on the gun in two out of three rounds of testing, even though the primary donor never holds the weapon. Another remarkable result shows that the very poor shedder isn’t a suspect, despite handling the gun directly. In other words, a good shedder is more likely to be connected to an item he never touches directly.

“My experiment shows that, within forensic science, two questions are becoming progressively more important: whose DNA is it and how did it get there,” says Michelle. “Crime scene investigators have less room for error. Due to the high sensitivity of today’s DNA technology, their mistakes could be critical.” 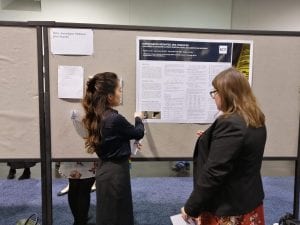 Michelle works on her experiment for the better part of a year, and her effort pays off. A scientist who visits BCIT in July 2019 hears about her work and suggests that Michelle submit a proposal to present her work at the American Academy of Forensic Sciences.

When her conference proposal was accepted, “It was the happiest moment in my student career,” recalls Michelle. “I felt that all the hard work paid off.”

And the conference itself? Michelle says: “It was a thrill to present and engage with students and professionals in the field. Several attendees were criminal lawyers, who were concerned about the implications of DNA transfer for their clients. I liked hearing about the impact of alleged DNA transfer in their court cases. I spoke with a few investigators who had direct experience with this issue, having accidentally transferred their DNA to exhibits at the scene. The nicest compliment I received was from a kind scientist. She told me that my project was the most interesting and relevant to real casework that she had seen at the conference.”

“But I couldn’t have done it without BCIT’s help. I want to express my gratitude to my supervisor, Jason Moore, for his time, expertise, and support with my project. I am also very grateful for my instructor, Zoharin Hassam, for all the time she spent staying late after classes to answer my numerous questions. I would also like to thank my instructor, BJ Brown, for his valuable insights about the topic from the law enforcement perspective. Lastly, I am thankful for the study participants for donating both their time and their contact DNA in the experiments.”

Are you a current Forensic student or did you recently graduated? Michelle loves to share her insights with you or help you with job seeker questions. You can connect with her via LinkedIn.

1 thought on “When DNA evidence proves to be unreliable: Forensic Science alumna presents at international conference”