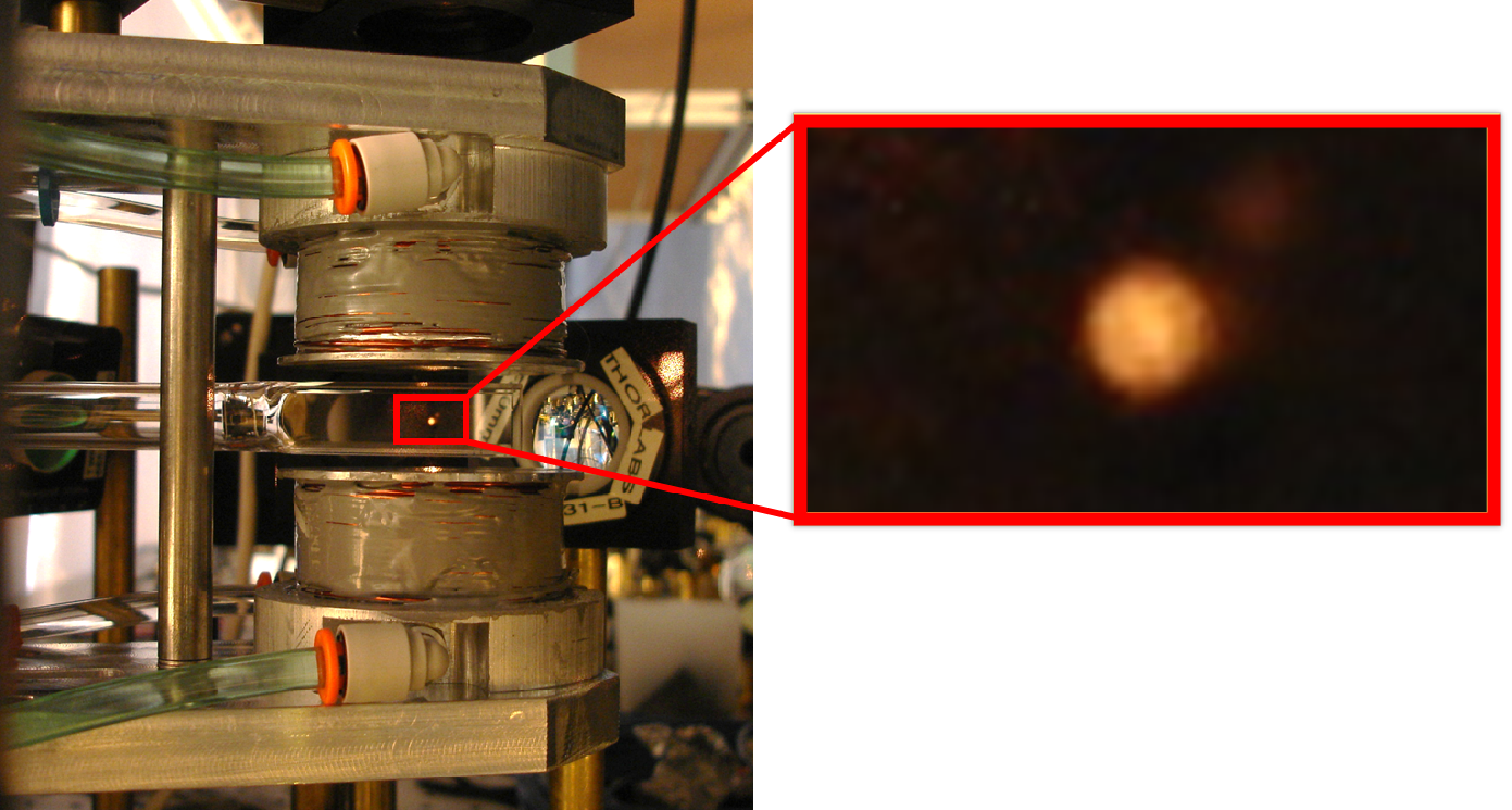 Dreams of harnessing quantum mechanics to realize secure communications, exponentially powerful computational machines, novel materials, and enhanced sensing modalities have inspired entirely new research fields in the 21st century. Among them, quantum metrology – the scientific study of measurement enhanced with quantum mechanics – holds the promise to advance accuracy and precision of measurements at the smallest scale.

At present, vacuum processing industries, which include world-wide semiconductor manufacturing with a market worth over $1B a year, rely on vacuum gauges which are inherently inaccurate. Likewise, the performance of satellites and satellite technology requires precision pressure measurements of the upper atmosphere. The question is: how do you use the fundamental physics of quantum mechanics to revolutionize pressure measurement technology?

Now, a collaboration between the British Columbia Institute of Technology (BCIT) and the University of British Columbia (UBC) have invented and proven a self-calibrating quantum sensor based on single atoms.

“Atoms are exquisitely sensitive to their surroundings and constitute immutable sensor elements that never age, degrade or change with use,” said lead author and collaborator James Booth, a researcher and instructor at BCIT. “In this work we used atoms to detect other particles and thus measure the absolute pressure in a vacuum.”

“This is a very exciting result – we have made a fundamental physics discovery and with it achieved a breakthrough in quantum metrology,” said Kirk Madison, principal investigator and professor at UBC Physics & Astronomy. “Because of its universal applicability to any atomic or molecular species in vacuum, we believe this represents a game-changer for all scientific and industrial pursuits that require accurate vacuum measurements.”  The results have been published in two articles, one in the New Journal of Physics and the other in Metrologia.   The breakthrough has produced an application to the US Patent Office, which extends BCIT’s pioneering patent on this technology.

The idea of using trapped atoms as a pressure standard is not new: Since the invention of atom trapping techniques in the 1990s, it has been known that particles in the vacuum environment collide with the trapped atoms, knocking them out of the trap. Thus, the rate at which atoms are lost from the trap is a measure of the pressure. While promising, the fundamental roadblock standing in the way of realizing a pressure sensor was that the collision cross-sections – an immutable atomic property characterizing the collision process – were not known with high enough accuracy for an improved pressure sensor.

The BCIT-UBC collaboration took up this challenge. At first, the researchers investigated computing the cross-sections – an approach which inspired the current pressure standard development underway at the National Institute of Standards and Technology (NIST). However, calculating the cross-section accurately is an example of a problem that would be easy for a quantum computer to solve but nearly impossible for a classical computer. Researchers at the NIST estimate that they can perform this calculation for hydrogen hitting a lithium atom with an accuracy of 5%.

The UBC-BCIT team explored a different approach. They wondered, “does the quantum nature of the sensing event somehow reveal the cross-section?”

The group discovered that the quantum state of the sensor atom after collision contains a fingerprint of the particle that hit it. A collision or “sensing event” results in the spatial localization of the sensor atom to a region whose size is determined by the total collision cross-section accompanied by a complementary change in the momentum distribution, as dictated by the Heisenberg uncertainty principle.

By measuring the momentum distribution of the sensor atoms after a collision, the cross-section can be found empirically. Using an ionization gauge calibrated for nitrogen gas, the UBC-BCIT group was able to prove the validity of this approach and demonstrate the new self-calibrating quantum sensor to have an accuracy of 0.5%. It is notable that this is also the first successful demonstration and validation of an atom-based pressure sensor.

“Dr. James Booth is one of the first BCIT researchers to successfully apply for NSERC Discovery Grants soon after BCIT became eligible to receive NSERC funding,” said Dr. Kim Dotto, BCIT Dean Applied Research and Centre for Applied Research and Innovation. “Jim has steadily increased his successful profile ever since, with many students benefiting from their involvement in Jim’s research and research collaborations. The collaboration between Dr. Booth, and Dr. Madison at UBC has been particularly successful. Their breakthrough research results in quantum metrology are certainly a game-changer.”

Watch the video describing the self-calibrating quantum sensor a game-changer for vacuum measurement.