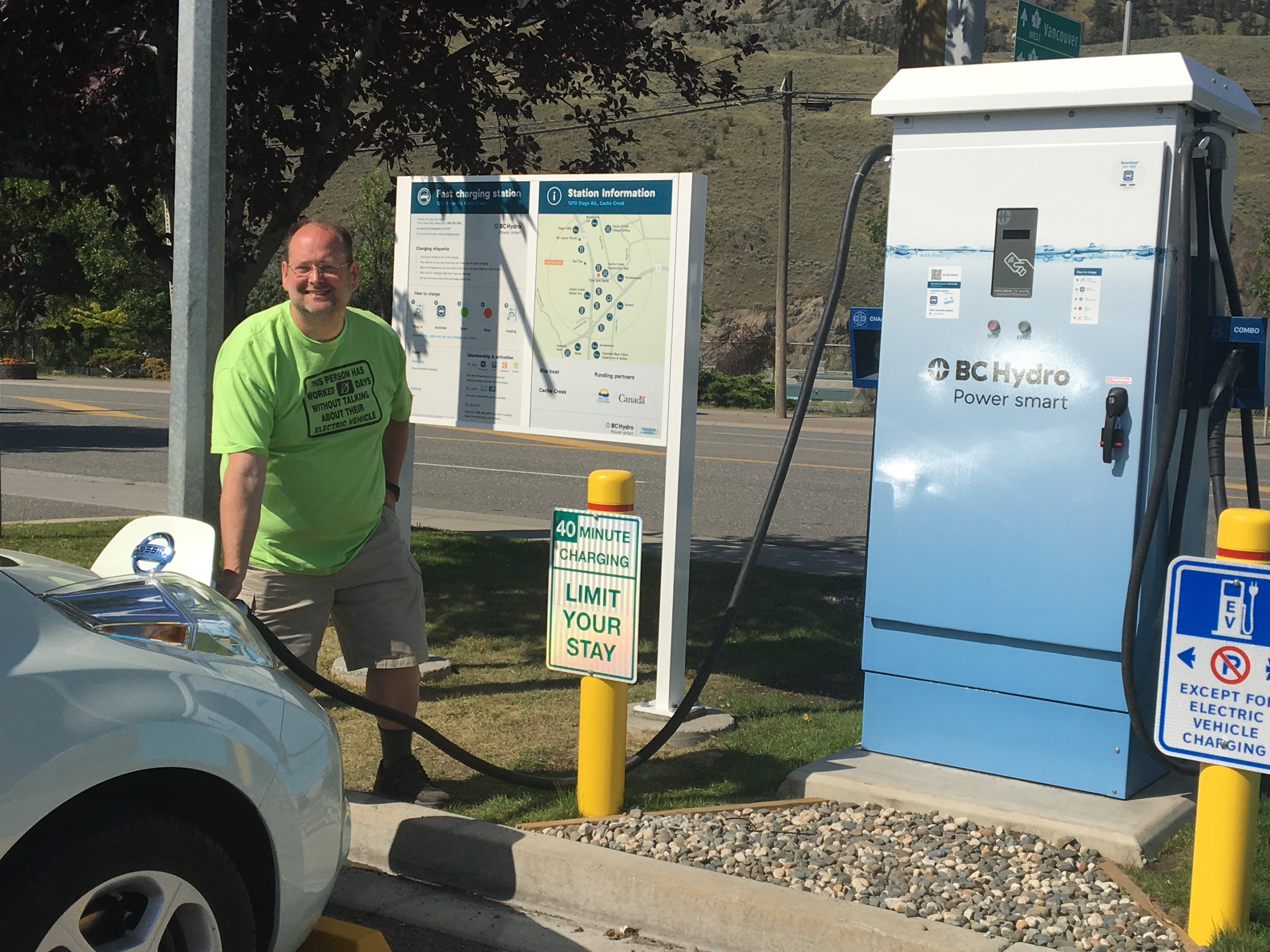 On July 23, BCIT SMART Research Associate Kelly Carmichael was invited to be the “first charge” for the first DC Fast Charger at the opening ceremony in the village of Cache Creek in the Thompson-Nicola regional district of BC. This electric vehicle (EV) fast-charging station in Cache Creek has the capability of charging the average EV battery to 80% in approximately 30 minutes.

The BC Ministry of Energy and Mines hired Kelly and the BCIT SMART Team to help identify optimal locations for installing charging stations across the province’s primary and secondary highways. Kelly and his team created a software that successfully accomplished this.

Kelly has been working with BC Hydro and the Province for the last seven years in helping identify key locations to enable electric transportation.

Kelly shared, “I was thrilled to travel to Cache Creek and be the first to charge my car at the opening ceremony.”

“We’re pleased to add this fast charging station in Cache Creek as it will allow EV drivers to connect with more communities in the province. Electric vehicles are a great option for British Columbians looking to reduce their impact on the environment because we generate 98% clean electricity,” said Chris O’Riley, President and Chief Operating Officer, BC Hydro.

This is part of the Government of Canada’s $182.5-million investment to build a coast-to-coast charging network for EVs, to support other zero- and low-carbon demonstration and deployment projects, and to develop binational (Canada and the United States) codes and standards. Over 800 EV fast chargers are already built or being planned, with hundreds more expected over the next two years.

SEE MORE: Where does your recycling go?