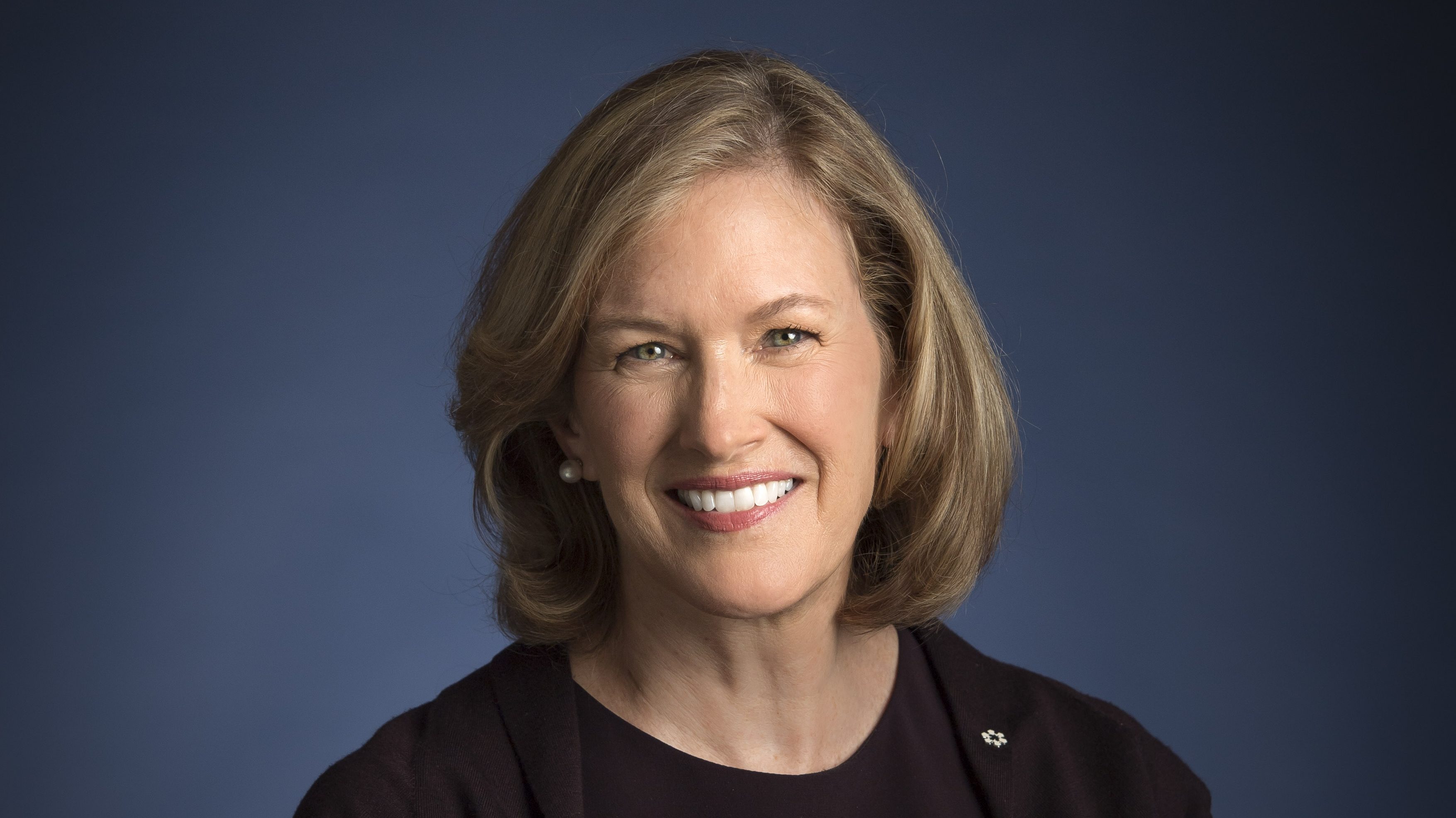 Curiosity. Adaptability. An interest in effecting change. These traits—along with a childhood spent contributing to the family business and participating in dinner-table debates—set the tone for Elyse Allan’s future career path. The former President and CEO for GE Canada—and passionate advocate for Canada’s competitiveness—grew up outside of New York City spending summertimes in a town on the south New Jersey shore.

“[My parents] had an entrepreneurial side,” Elyse recounts. “They fell in love with this resort town and put everything into building and renovating these properties that they then ran as summertime vacation rentals. So at a very early age, I had to help with the summer rentals. Every Saturday as all the units changed over, we all helped clean.”

In an attempt to avoid all that cleaning and get paid for hard work, Elyse found another job—as a “juice girl” at the restaurant down the block. Though she was soon promoted to waitress, wages were low and Elyse quickly learned how to read a table and do what she could to improve the possibility of a good tip.

“In a restaurant I learned the waitress doesn’t control the food or many of the pieces that define the customer experience,” she says. “…there were busboys, other waitresses, the kitchen team. So I also quickly learned that to create that great experience, you needed that entire team to want to help you make that experience.” Respecting each member of the team and understanding the pressures they might be under were key to successful teamwork.

Those early lessons in bringing a team together still hold true today. “Business is a team sport. You can control so much and there are a lot of things you don’t control,” Elyse says. “And it’s all about, ultimately, how you bring the pieces together and align them to deliver to the customer what they’re looking for—meeting or exceeding their expectations.”

It’s not the only business skill first learned in childhood that Elyse still applies today. A family who loved to debate—arguing positions and challenging opposing viewpoints—contributed to her skill as a consensus-building leader.

“Everybody had an opinion in our family—no one was shy,” she relates. “Debates helped us understand what other peoples’ views on a situation were and that you have to look at something from all angles. It taught me the importance of appreciating different perspectives, of formulating and effectively articulating a winning position. And when you had aunts and uncles as I did, who had very clear opinions and could be very emotionally attached to those views I realized sometimes you can’t sway an opinion with facts or good arguments. So how do you find a common ground of agreement?”

Those early consensus and team-building skills served Elyse well in future roles: as CEO for the Toronto Board of Trade and later, as President and CEO of GE Canada. But before she made it that far, she would hone another trait that has since become her hallmark: adaptability and openness to change.

“When I went off to university, I was so sure that I was going to be a doctor,” Elyse says of her early career ambitions. “I started pre-med right away. I went through three years, then won a scholarship to follow a doctor around. I thought to myself, ‘I’ve been to a doctor, I know what a doctor does, maybe I should broaden my horizon and learn a little bit more about other aspects of the healthcare experience.’ I ended up totally engaged in this role where the medical school and hospital intersected on public health and public health policy, using research findings, cost benefit data and analytics to inform good public policy.”

The role provided Elyse with a whole different perspective on healthcare: the business side.

“I had grown up with business as a part of our family, and all of a sudden, [healthcare and business] both came together. And I found I loved it.”

While some might balk at making an abrupt change of course just one year away from finishing a degree, Elyse embraced the new direction.

“I decided I really wanted a broader perspective on health care,” she says. “[I wanted to] influence not just one on one, like a doctor might, but…actually influence the system in a much more positive and useful way.” That led to a management consulting role working with directors of for-profit hospitals as well as inner-city medical centres.

After receiving her MBA, Elyse was attracted to a role at GE because of the company’s healthcare sector involvement. She soon gained an appreciation for the diverse range of industries the company touched—and critically, for the depth of experience and knowledge possessed by the people on the ground.

Elyse made a point of getting out and learning from the technicians and technologists working behind the scenes at GE and its customers such as GE’s aviation plant and the airlines, for example. It was a practise she would continue over her 30 year association with GE.

“You get this tremendous appreciation for the people closest to the work. They have such incredible insight and incredibly valuable information that [helped me understand] how we could run our business better, how we could serve our customers more efficiently, what the trends in the sector were, and what we had to be thinking about going forward.”

“We talk about technology innovation,” she continues. “But you also have to have management innovation and leaders who are innovators, and are willing to adapt and try these new technologies, otherwise, you run the risk of falling behind.”

Later in her career, as president and CEO of GE Canada, Elyse focused on making sure that GE understood Canada with such depth and breadth that it was able to help inform and contribute to the growth of the country.

“When you look at Canada relative to the rest of the world, many places in the world have resources, but they don’t have the talent, the technology, and the capability to leverage those resources in a smart way—in an environmentally sensitive, progressive way—that contributes to the growth of the country. The exception to that was Canada,” Elyse says.

Elyse believes, critical to a strong and competitive Canada, is a workforce able to adapt to new technologies, curious and keen to learn, and willing to embrace new ideas and new ways of doing things.

“What is very exciting is to find an institution like BCIT where they’re working on teaching our next generation and retraining our current workers about factors [such as new technologies] that are so important to the workforce for tomorrow,” says Elyse. “But at the same time, it’s not only about the skills and technologies… BCIT appreciates that it’s also about teaching somebody to have curiosity about the technology, interest in a sector, and to be open minded about how the role you have today might have to change in order for the job you’re in to be competitive tomorrow.”

BCIT is proud to announce Elyse Allan as the recipient of a 2019 BCIT Honorary Doctorate. She will be celebrated at the Distinguished Awards gala on October 22, 2018, and receive her doctorate at the Institute’s June 2019 Convocation ceremony.