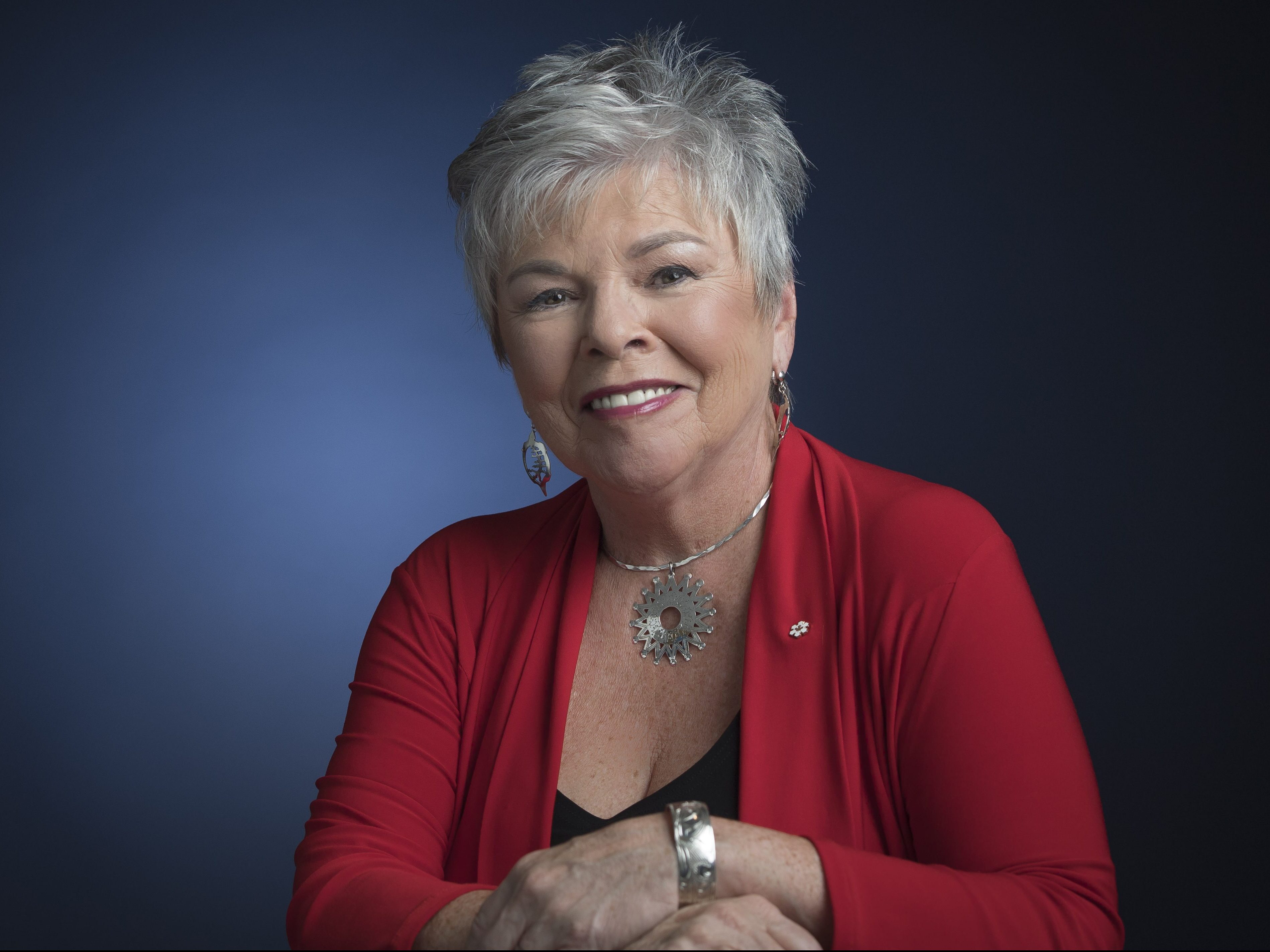 Roberta Jamieson says she was fortunate to grow up amongst and be taught by her own people in the tight-knit community of Six Nations of the Grand River Territory.

“I learned a lot about who I was,” says the President and CEO of Indspire. “Though I went to an Indian Affairs school where they were required to teach a particular curriculum, I had teachers that were rebels and said, ‘I’m supposed to teach you things like, “Columbus discovered America.” Now let me tell you the truth: our people, we’ve always been here on Turtle Island.’ So I learned critical thinking, strength of identity, and pride in the history of my people very early on.”

Roberta’s family ran a local diner, and at lunchtime, Roberta would leave school to wait tables. The experience gave her exposure to the diversity in her community, and to the injustices it was subject to.

“One particular interaction [at the restaurant] really stuck with me and galvanized my determination to create change,” she relates. “In those days, the Indian Agents were all powerful, and ours would bring the [elected councilors and chief] in for lunch. But he was clearly in charge of making decisions—colonialism at its finest. When I saw the relationship between this Indian Agent and my own people, I was outraged, even as a kid. And I decided that I was going to do something about that.”

At 17, Roberta experienced another shift in awareness when she began attending McGill University in Montreal during a tumultuous time.

“It was the time of the [Pierre] Laporte kidnapping. It was the time of tanks rolling into Montreal. And it was a time when there was a decision by the then-Bourassa government in Quebec to flood out the traditional territory of the James Bay Cree and build a hydroelectric dam,” she recounts.

Many students—including Roberta—gathered around support for the James Bay Cree. They watched as Cree elders, for the first time, gave evidence in court.

“I saw the power of not only our own people, but of institutions like the courts in changing the mind of the government, and of Canadians,” says Roberta.

Witnessing the courts in action—and deciding that her people needed to have legal skills in their toolkit—spurred Roberta to go to law school. Though going through law school in the early 70s proved challenging (“This was a time when there was very little patience for talking about the rights of my people,” Roberta notes), she became the first First Nations woman in Canada to graduate from law school.

One of the Indigenous perspectives Roberta brought to the legal field in the 1980s was an openness to alternative dispute resolution methods, including mediation.

“I always thought that the best way to improve the relationship between Indigenous peoples and non-Indigenous Canadians was to have people sitting at the same table crafting solutions together,” she says. “The courts can be very useful, but they declare a winner and a loser. The best way forward is something we learned at treaty-making time, which is for people involved in an enterprise or a region to work together as partners to shape the future.”

Roberta would go on to spend much of her career mediating discussions between governments and First Nations, trying to come up with solutions that would respect the rights of self-government, policing in First Nations territory, and child welfare, to name but a few of the areas she touched.

“I’ve spent a lot of my years trying to build bridges with Canadians, so that they can understand more about Indigenous people and our shared history,” she says.

As Ombudsman for the Province of Ontario, Roberta spent a decade resolving conflicts between members of the public and government. Yet there were issues in her own community that needed attention.

“We were finding ourselves with a lack of transparency and accountability,” she recounts. “People were looking for a dramatic change. And so I was asked to consider running for elected chief.”

After nine of 12 sitting councilors plus the chief were voted out, Roberta was elected. As chief, she and her community set about a very ambitious agenda, including creating a more inclusive system of decision making, separating politics from administration, and of course, creating a conflict resolution mechanism.

During this time, Roberta began to shift her focus toward education.

“Four out of 10 of our young people graduate from high school, still to this day, versus nine out of 10 non-Indigenous Canadians,” she says. “I knew that if we were going to get a hold of our own future, we had to change that, so I fought for a better education system. But I saw that things were not changing quickly enough, and as I was nearing the end of my term as chief, I was approached to take on a new role.”

Now, 14 years later, Roberta is still enjoying her “new role” as President and CEO of Indspire: a national registered charity that invests in the education of Indigenous people for the long-term benefit of these individuals, their families and communities, and Canada.

Roberta, who is also Executive Producer of the Indspire Awards, says the role is an enriching one.

“I get to talk to Canadians about the [Indigenous education] situation, and I get to engage corporate Canada, governments and individuals who want to change the relationship with our people, and who want to level the playing field so that Indigenous students have an opportunity to achieve their highest potential.”

In her 14 years with Indspire, Roberta says, they’ve been able to raise and distribute almost $100 million through more than 32,000 bursaries. Ninety per cent of the students Indspire supports graduate.

“I’m a big champion of inclusive growth, growth that has a place for everyone,” she says. “I think BCIT understands that if you’re going to attract and retain students who are Indigenous, you need to be responsive and respectful for who they are.”

Roberta Jamieson will be recognized as the recipient of a 2019 BCIT Honorary Doctorate at the Distinguished Awards gala on October 22, 2018 and receive her doctorate at the Institute’s June 2019 Convocation ceremony.

“In our community, we believe that when you receive an award and recognition, it is an obligation to continue to work to create positive change,” Roberta says. “I take [this award] as a validation of the work that we’re doing at Indspire and throughout the country.”