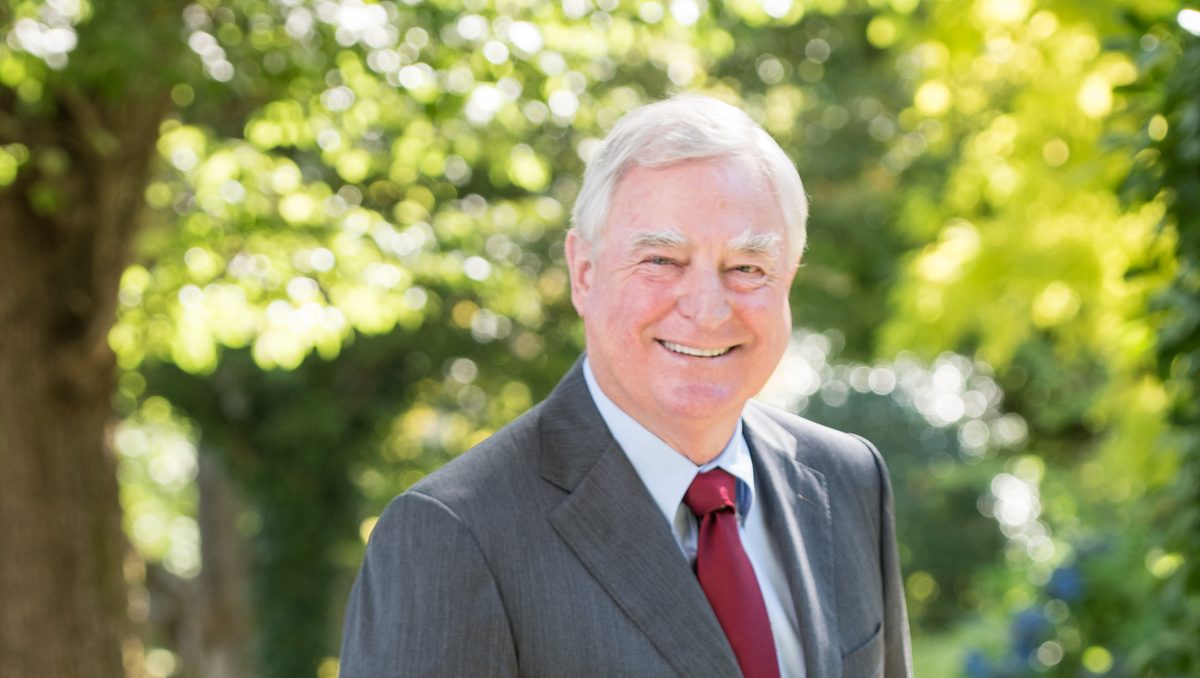 Today, BCIT recognized the Honourable David L. Emerson, Chair, Asia Pacific Foundation of Canada, with an Honorary Doctorate of Technology. This degree is presented to individuals who are widely acknowledged for outstanding and sustained achievement in their area of expertise.

David Emerson has had a long and distinguished career in both the public and private sectors, serving his province and country with distinction.

David served as a Member of Parliament from 2004 to 2008, as Minister for Foreign Affairs, Minister of Industry, and Minister for International Trade with responsibility for the 2010 Winter Olympic and Paralympic Winter Games and the Asia Pacific Gateway Initiative. David also played a key role in developing and signing the 2006 Softwood Lumber Agreement. He is currently BC’s Trade Envoy to the United States, dealing with softwood and other NAFTA matters.

In the private sector, David has held roles including President and CEO of Western and Pacific Bank of Canada (1986-1990), Vancouver International Airport Authority (1992-97), and Canfor Corporation (1998). As the first President and CEO of the Vancouver Airport Authority, he oversaw a significant increase in passenger traffic while more than doubling terminal and airside facilities to meet BC’s needs for expanded air services provincially, nationally, and internationally. In addition, he has served on many boards and advisory committees including those of Stantec, Telus, Terasen Gas, Finning, Timberwest Forest Corporation, and BC Ferries.

David has been widely recognized for his work, appointed to the Queen’s Privy Council (2004) and receiving the Order of BC (2011).