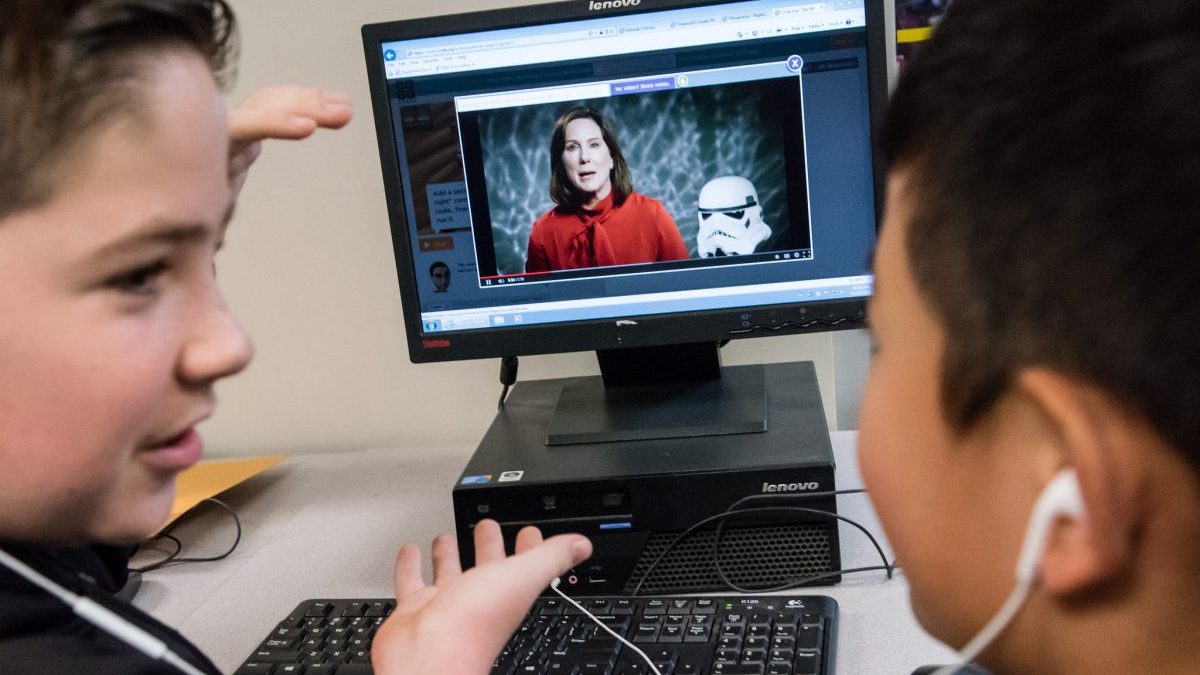 Taylor Park Elementary School students were guided by the Force last week when they wrote their first line of computer code. They were joined by thousands of Jedi (ahem…students) around the world in the largest learning event in history—The Hour of Code.

The Hour of Code is a simple introduction to computer science – designed to demystify computer coding and show that anybody can learn the basics. It’s an international effort with activities occurring in 180+ countries.

Guided by BCIT Computing instructor Carly Orr, the students programmed their own Star Wars droid games for missions in galaxies far, far away.

Fortunately for them, coding skills are foundational to all kinds of 21st century careers right here on Earth. Through Hour of Code games and puzzles, students honed their problem solving skills and developed a basic understanding of the computer languages that make up our digital world.

With companies like EA games and Microsoft setting up shop in the Lower Mainland, it’s not hard to imagine these students stepping into the nearly 90,000 tech jobs that BC has to offer.

BCIT Computing staff and faculty ran Hour of Code sessions at schools across Burnaby. Instructor Medhat Elmasry, who was returning for his second year of Hour of Code, describes the experience, “It’s very enjoyable to connect with the younger generation and see the spark in their eyes when they see the code they’ve written runs successfully.”