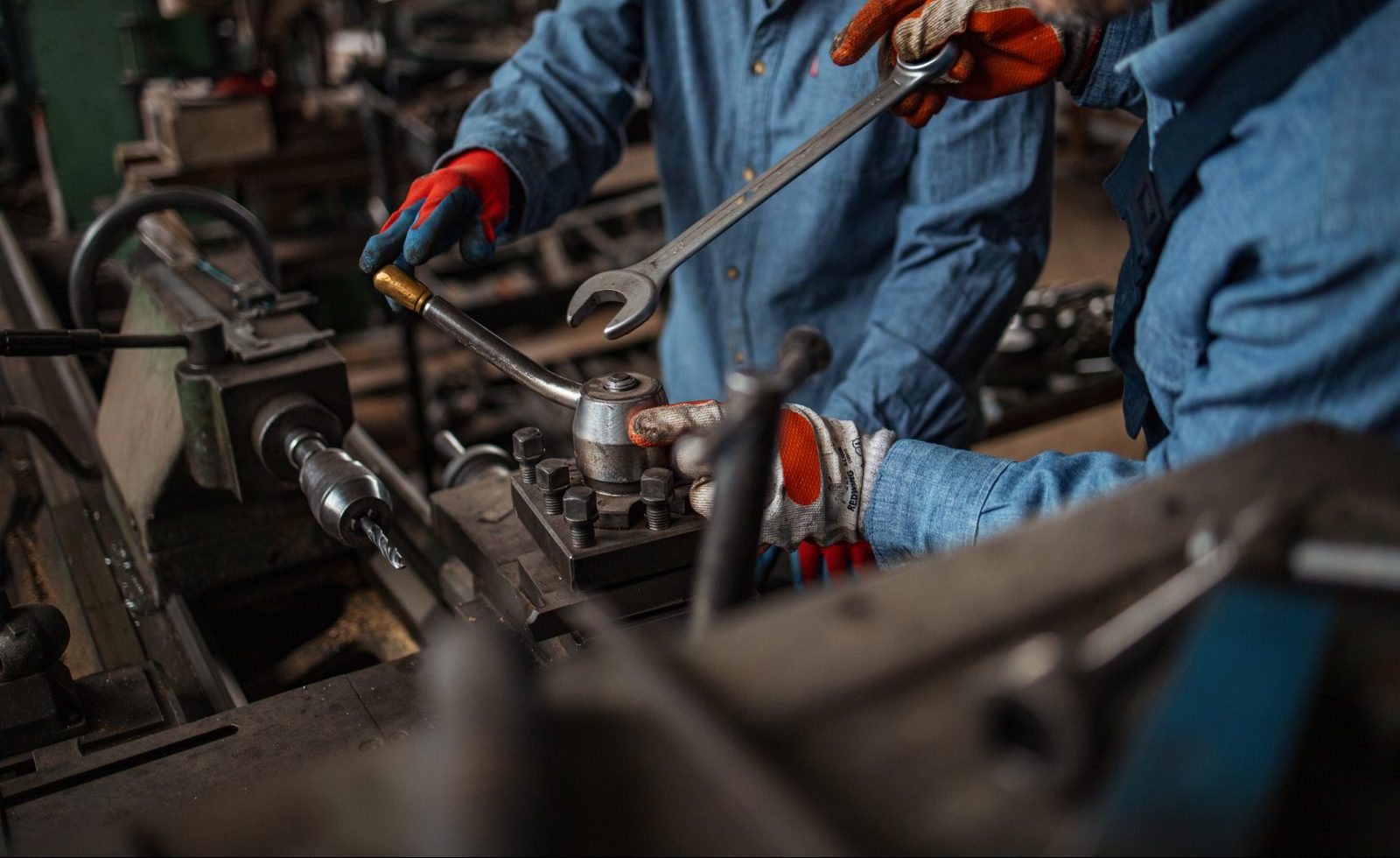 Jesse Clark never expected he would spend his first year in the BCIT Millwright Foundation program juggling his studies with chemotherapy sessions and doctor’s appointments.

But shortly after starting at British Columbia Institute of Technology (BCIT), Jesse learned he had Stage Four Hodgkin’s Lymphoma.

“It was all over my body,” says Jesse. His condition was so advanced, without treatment, his doctor told him he would have had another three months at the most.

He’d been suffering from symptoms like night sweats and headaches but he’d chalked it up to things like stress – it was, after all, the early days of the COVID-19 pandemic – and he was busy working part-time while going to school.

His symptoms would come and go, but in the summer of 2020, things were so bad he found himself at the hospital emergency.

He was admitted that night. On his seventh day in the hospital, after a series of tests, he learned he had cancer.

In spite of everything, Jesse knew he did not want to give up on his studies at BCIT. He wanted to continue on with the Millwright Foundation program, even though it would be a big challenge.

“I’m pretty sure as soon as I got out of the hospital, I sent my teacher an email,” he says. “BCIT was great about it. They told me they’d do whatever they could.”

The pandemic meant the Millwright Foundation program — where students learn the basics of working with metals and all types of machinery and equipment — moved to a blended delivery model, with online studies, as well as the in-class hands-on training.

“A lot of it was new for me,” recalls Jesse, of Surrey. “My favorite part of it was how it was really rewarding to see something change, shaping metal.”

For Jesse, the online program and at-home lessons meant he could schedule studying around his chemotherapy treatments.

“I’d take my iPad and textbooks to chemotherapy and do as much as I could,” Jesse recalls. “I’d have to read ahead and work smart on the days I knew I’d feel better.”

His fellow classmates helped him along the way too, he says, and so did his instructors.

“The teachers at BCIT all went above and beyond to help me finish my education,” says Jesse. “They didn’t make me feel like a burden.”

Jesse’s determination and attitude made a real impression, says Bryan Messer, Department Head, Millwright program, adding it was a pleasure to have him as a student.

“I’m incredibly proud of Jesse,” says Bryan, who was one of a team of instructors in the program who rallied to offer support.

Bryan recalls a point in the winter of 2020, when Jesse could no longer attend the in-person sessions due to his health: “I let Jesse know that first and foremost he needed to take care of himself, and that when he felt he was in a place where he could continue, our department would be sure to figure out a way to support and help him to complete his program.”

In the spring of 2021, Jesse was well enough to get back in and complete the hands-on assignments on campus — and he did well.

Bryan worked with Jesse in finding the time to complete the final project and they found themselves staying late on multiple occasions to get this done.

“After completing all of the individual parts, it finally went together and it was functionally, one of the smoothest operating vises ever produced by a foundation student,” notes Bryan. “If more time were available, I am certain he could have made it one of the finest looking as well.”

Adds Bryan: “I look forward to seeing Jesse come back to BCIT for the Level Two training in the Millwright program.”

It was the most difficult year of his life, Jesse says. The chemotherapy left him feeling in a mental fog, with nausea and weakness, and he felt incredibly tired.

But he is glad he didn’t quit his program at BCIT.

“The fact that I had a goal, I think it made it a little better,” Jesse says. “I was busy. I was focused. I had something to keep my mind on, instead of letting it wander to the ‘what ifs’.”

He documented a lot of his experiences with photos.

There’s images of him doing his online BCIT coursework. He’s also got a photo of him receiving a video message from actor and comedian Will Forte, telling him to stay strong, and many pictures of Jesse with his girlfriend, friends, family and pets.

In these images, Jesse’s humour and personality comes through — along with his determination. In one photo taken at the hospital during treatment, his t-shirt reads: “My last day of chemo was tough, but I was tougher.”

After six months, Jesse got the “all clear” from his doctor and he is now considered to be in remission.

“It’s super exciting,” says Jesse, reflecting on the moment his doctor gave him the news.

What’s next? On the path to his Red Seal

When he feels ready, Jesse says, he plans to apply for a job, since the Millwright program requires students complete apprenticeships. From there, he’ll continue working towards eventually getting his Red Seal.

“I’m definitely excited to get back to work and move on with my life now.”

He’s also happy to share his stories with others: “My life hadn’t even started and it was almost over,” reflects Jesse. “It’s made me more appreciative of the little things.”

(This story is written by Chantal Eustace.)

1 thought on “BCIT Millwright student: From battling cancer to completing the Foundation program”