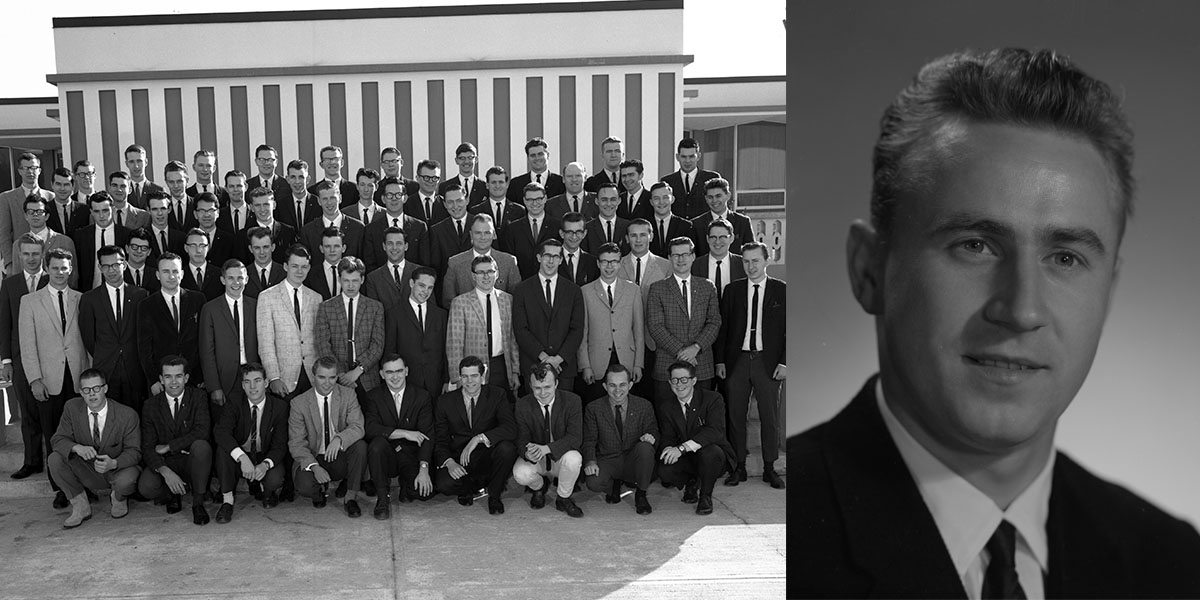 “Walt was the kind of guy who bled BCIT blue,” says Glenn Pellegrin, Program Head, Automation and Instrumentation, BCIT Electrical and Computer Engineering Technology program. “He gave a lot to his program and the success of our graduates gave him a sense of accomplishment and pride.”

Glenn is talking about Walter Miklas, who was an instructor in the BCIT Electrical and Electronics Technology program (now Electrical and Computer Engineering Technology). He was a beloved teacher whose dedication to BCIT and his students was evident over his 33-year career at the Institute. Upon his recent passing, Walter left a generous gift to BCIT in his will. His gift of more than $100,000 will establish an endowment for the Walter and Janet Miklas Memorial Bursary. The bursary will be made available to eligible students in the Electrical and Computer Engineering Technology program in fall 2021.

“When I was a student in 1981 and 1982, I really struggled in my first course,”  recalls former student David Leversage, Program Head, BCIT Industrial Network Cybersecurity program. “But Walter took time with me and inspired me. He always wanted to make sure that you understood the material and wanted to be fair. He really cared.”

Part of what made Walter such a good teacher may have come from the fact that he was once a student at BCIT—at the time, called Pacific Vocational School.

At 19 years old, Walter became an Electronics student when the school had just moved to what was then the brand-new Burnaby campus. He graduated one year later with a pre-apprenticeship certificate, the new alumnus went on to work for a number of different companies gaining electronics experience.

In 1965, BCIT was established and looking for skilled people to help set up the labs for the new two-year Electronics program. Walter joined the Institute as a technician first, but his easy rapport with students and extensive knowledge naturally led to him teaching full time. He became part of a group of the early Electrical and Electronics faculty, aptly dubbed “The Pioneers”, who developed and elevated the department.

As an exceptional instructor, Walter really leaned in, helping his students whenever he could.

In a 1999 BCIT interview with Walter, he laughingly revealed that ‘leaning in’ to help students could have a downside: “I remember leaning my arm across the oscilloscope one day. They had the cover off, and my inner arm came in contact with about 400 volts, and I went flying up and over a chair and landed on another bench. Everybody thought it was humorous except me!”

Walter’s former colleagues and students remember a man who loved to build things. Whether he was developing his house in Burnaby, rebuilding at least three Corvettes, or training and inspiring students, he enjoyed making an impact by helping to nurture projects and, more importantly, people to success.

“Walter’s legacy gift to BCIT is true to his character,” says Jackie Jacob, Executive Director, BCIT Foundation. “Throughout his career as a BCIT instructor, he went above and beyond, giving generously of his time, skills, and knowledge to help students succeed. Now, with this gift, Walter leaves an enduring legacy that began when he became an instructor in 1967 and will live on through the life of every student his bursary touches. We are so grateful for dedicated faculty and donors like Walter.”

Walter retired from BCIT in 1998. In an interview one year later, he succinctly summed up his experience at BCIT: “I’ll always look back fondly at the time I spent at BCIT. I really did enjoy it.”

Did you know May is Leave A Legacy Month? Consider leaving a gift in your will to help support BCIT students. Learn more.