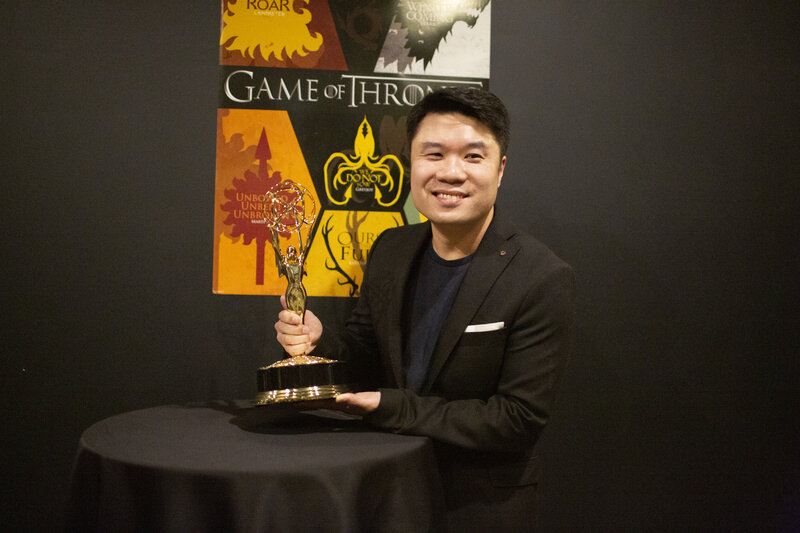 Mark Wong, BCIT instructor and Lead Animator at Scanline VFX, still looks forward to seeing his name on the big screen even after working on some of the most memorable productions in recent history — including Game of Thrones, Zack Snyder’s Justice League, released March 18, and the upcoming Godzilla vs Kong, to be released March 31.

“It’s always exciting,” says Mark, who teaches the 3D Modeling, Art and Animation diploma program at BCIT. “I’m happy to see my name in the credits. I always take a picture.”

He’s had the chance to snap many photos over the years, with a long list of film credits including San Andreas, Pan, Batman vs Superman, Captain Marvel, Aquaman, Ant-Man and the Wasp, and Terminator: Dark Fate — to name a few.

What does a 3D Animator do?

“It’s like playing action figures inside a computer,” Mark says, laughing. “That’s how I describe it.”

It’s really best to experience his work, rather than describing it. For instance, on Mark’s excitement-packed animation reel a dragon flies over crumbling buildings in Game of Thrones, a nimble Peter Parker spins a web in Spiderman Far From Home, and adversaries in Power Rangers battle it out amidst flames and destruction.

There’s one adrenaline-pumping clip after another, all keyframe animated by Mark.

And even though these are clearly fantastical films, they’re made to feel real thanks to visual effects like 3D animation and CGI. Basically, technology — combined with creativity and know-how — makes for exciting, and true-to-life, action and imagery on-screen.

His work on Season 8 of Game of Thrones — bringing to life a fire-breathing dragon flying over King’s Landing — helped the smash hit fantasy show earn an Emmy award for Outstanding Visual Effects.

“It was the first trophy I’ve been part of,” says Mark, adding he and the team immediately flipped the statue over to see what was written underneath. He has a photo of the underside of the Emmy, as well as one of himself and his supervisor at Scanline VFX, Mohsen Mousavi next to the award.

Teaching what he knows: Industry insights and skills

“Growing up, I liked posing action figures and I liked reading comics,” says Mark who moved to Canada from Hong Kong when he was a teenager. “I am lucky to have a grandpa who always brought me to movies and cartoons.”

This influenced his decision to take some courses at BCIT, and then go on to pursue a full-time career in animation. He’s since worked in three key areas — video games, television, and film.

He enjoys sharing what he’s learned over the years with his BCIT students, and in addition to teaching animation for more than 10 years, he’s also been a mentor at BCIT, something he finds rewarding.

“I think it is important to have the industry insight and updated skills,” Mark says, adding he’s always working to improve his own craft. “I’m never satisfied with my work.”

The BCIT 3D Modeling, Art and Animation diploma program teaches students everything from modeling and animating to rendering and compositing. When they’re finished, students have their own demo reel showcasing their work.

“I’m happy to see students find a job they enjoy,” says Mark, adding he encourages his students to strive for their best and keep learning as much as they can.

“You have to be hard-working, even if you have talent,” adds Mark. “That’s how your supervisor will know, ‘okay, let’s give this person some harder stuff,’ and that’s how you improve.”

Mark Wong is Lead Animator at Scanline VFX and a Digital Arts instructor at BCIT. Watch the video about the BCIT 3D Modeling, Art and Animation program or attend an upcoming online info session.

(This story is written by Chantal Eustace)

SEE MORE: A half century’s wisdom on providing a future-proof education for generations of learners