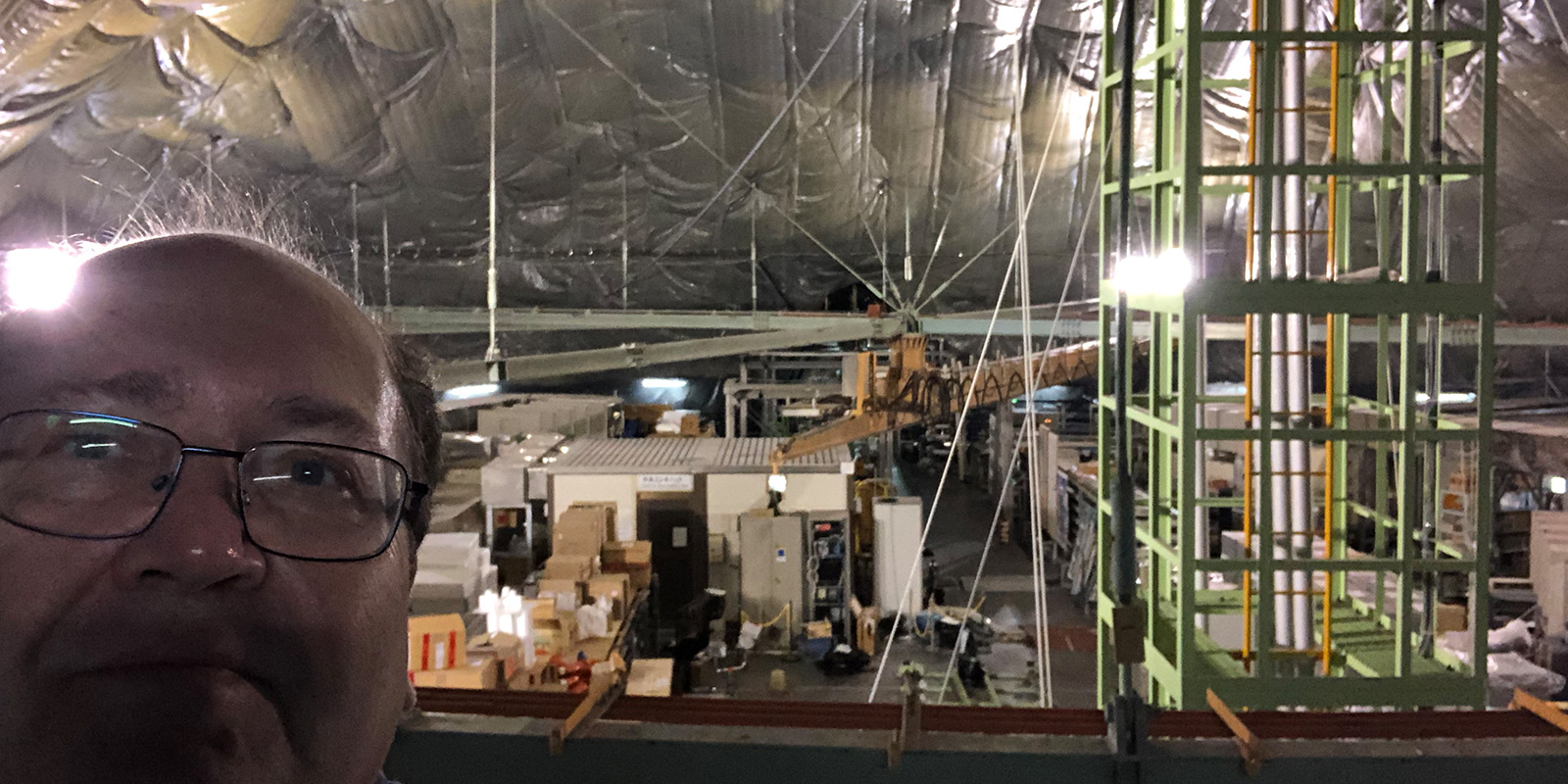 BCIT researchers Dr. Barry Pointon and Dr. Michal Aibin are collaborating with the University of Victoria, TRIUMF, and other Canadian institutions on an international project that will be Canada’s contribution to the world-leading, Hyper-Kamiokande neutrino experiment in Japan. The “IWCD” neutrino detector will help Hyper-K study neutrino oscillations, which may lead scientists to understand why our universe exists and was not annihilated by anti-matter during the Big Bang. Hyper-K will also study neutrinos from the Sun and exploding stars (“supernovae”).

On March 3, Prime Minister Justin Trudeau announced more than $518 million to support the infrastructure needs of universities and research institutions across the country. The $5.4 million Canada Foundation for Innovation (CFI) investment for the collaborative project, Intermediate Detector for the Hyper-Kamiokande Neutrino Oscillation Experiment, headed by the University of Victoria, will fund Canadian institutions, including BCIT, to build the IWCD along with international partners in Italy, Japan, Poland, and the United Kingdom. The IWCD will require applied research to develop a new type of photo-sensor, called a multi-PMT (mPMT). Ultimately, dozens of mPMTs will be made to detect the Cherenkov light produced by neutrino interactions in IWCD’s tank of 800 tonnes of water. The new mPMT technology may also be used in the huge main Hyper-K detector with 260,000 tonnes of ultra-pure water. The Canadian group is also developing new computer machine learning data analysis techniques, which has already involved many BCIT computing students. Both aspects of this work have potential for technology transfer to medical imaging.

The BCIT portion of the CFI grant is half a million dollars to support Dr. Barry Pointon, Dr. Michal Aibin, and their students’ involvement in the Canadian Hyper-K group. Dr. Pointon is also a member of the international Super-Kamiokande and Hyper-Kamiokande, with BCIT as a collaborating institute.

“The funding will build a high quality lab and provide the equipment needed to perform this type of a research at BCIT. Students will also have the opportunity to solve real-world problems by applying their skills learned in Computing programs at BCIT,” shares Dr. Michal Aibin.

BCIT researchers and students will contribute to applied hardware and software solutions for some of the greatest scientific experiments in the world.

“This funding is great news for BCIT. Our students and researchers will now be able to use their applied research skills and training to contribute to developing technology, as a partner in international, world-class science collaborations. I have seen how the excitement of being a part of something this big animates students to excellence,” says Dr. Barry Pointon.

“This collaboration showcases BCIT researchers to the world and is a great example of how BCIT is open to opportunities for collaboration with many universities, large corporations, and international agencies. We live in a world where partnership is increasingly a requirement for success and I am proud of Barry Pointon and Michal Aibin for nurturing this collaboration that propels us forward – individually and collectively. BCIT is combining our strengths with those of our national and international partners to address global challenges and technological evolution,” shares Dr. Kim Dotto, Dean, BCIT Applied Research and Centre for Applied Research and Innovation.

It was only a few years ago that BCIT researchers and students became involved with the Canadian Hyper-K group. The new CFI funding now supports BCIT’s collaborative role in finding technology solutions to support the scientific exploration of the universe by the renowned Super-Kamiokande and its  highly anticipated successor Hyper-Kamiokande.

Following the Prime Minister’s announcement, the Honourable François-Philippe Champagne, Minister of Innovation, Science and Industry, highlighted three funded projects from the competition in conversation with researchers from Université de Montréal and the affiliated pediatric hospital CHU Sainte-Justine, the University of Calgary and York University.