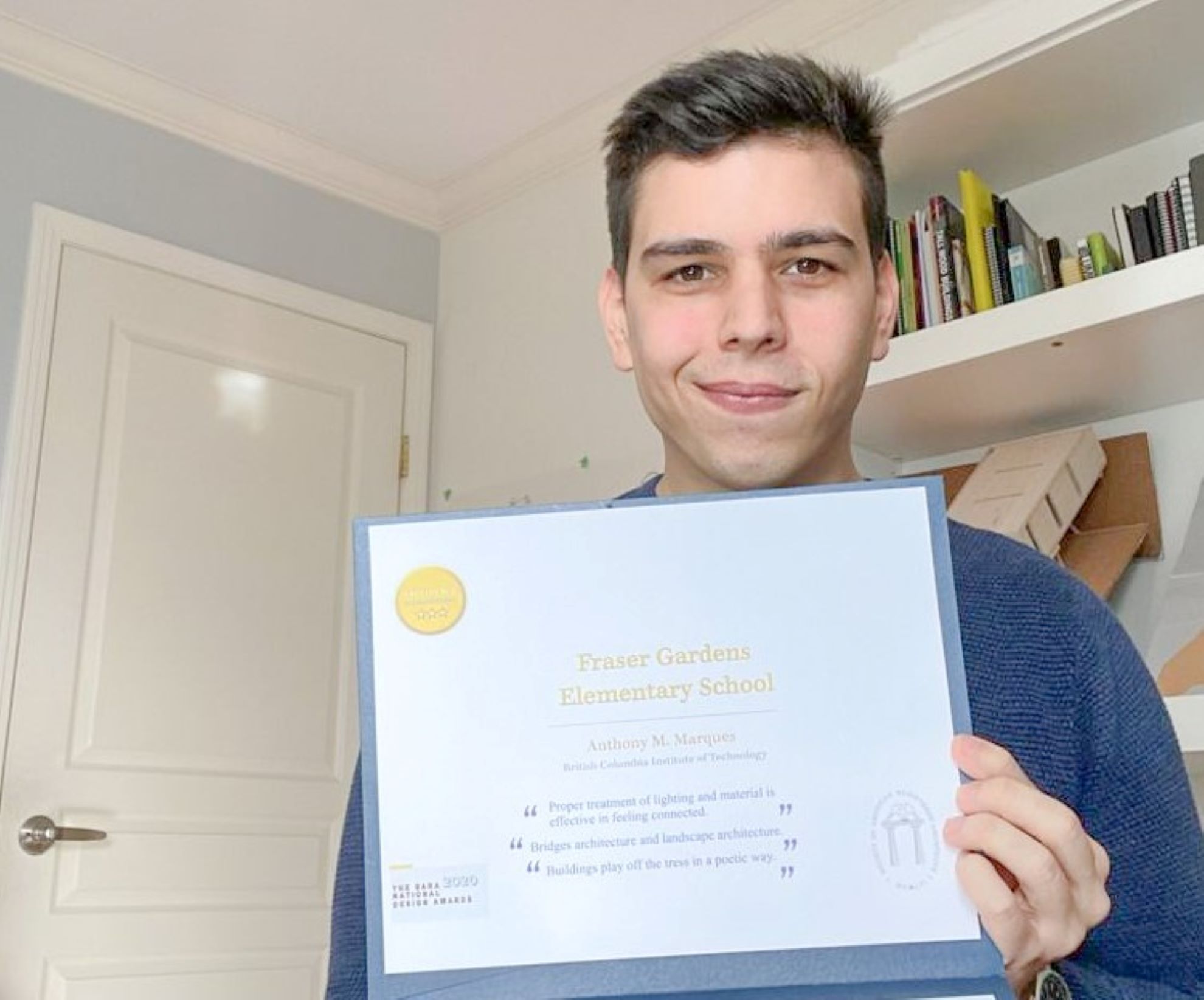 When Anthony Marques moved to BC from Venezuela to attend the Architectural Science program at BCIT, he did not foresee winning a national student architecture award, let alone one in its highest category.

The BCIT student received a National Student Design Award of Excellence from the Society of American Registered Architects (SARA), and said he is thankful for the recognition of the hard work he has put in at BCIT.

“I’m honoured and grateful, it’s been a learning curve…it’s intense, but I guess it pays off in the end,” said Anthony.

Anthony said part of him always knew he wanted to be an architect, ever since he was a child playing with 3D models, puzzles, and toy buildings, but it wasn’t until later that he officially embraced the career choice.

“When I noticed that architects can actually impact the way people live, that they can alter lifestyles, that they can benefit society, I thought ‘ok this is what I want to do.’ So I decided to pursue architecture as a career,” said Anthony.

The project, overseen by BCIT Architectural Science instructors Matthew Woodruff and Michel Labrie,  focused on user experience while also considering the adaptation of living systems over time in response to climate change, which was Anthony’s original intent.
“I tried since the beginning to make something that was both architecturally beautiful, that you could experience something, feel something when you go through the building, and at the same time responds to those demands related to sustainability,” said Anthony.

The full-time Bachelor’s degree in Architectural Science at BCIT equips graduates with the required skill set for advanced placement in the architecture, engineering, and construction industries.

Although proud of the hard work which won him the SARA Award, Anthony was careful not to take all the credit. He made clear that the hands-on learning approach led by expert BCIT instructors played a key role in his success.

“You need the creativity and intent of a student, but you also need the guidance from the instructors,” said Anthony. “They are here, at the end of the day, to shape you, and to shape the way you think, and so I think it is a little bit of both.”

Anthony keenly looks forward to graduating from BCIT in just a few short weeks, and then hopes to gain experience in his field to learn as much as possible, prior to pursuing a master’s degree.