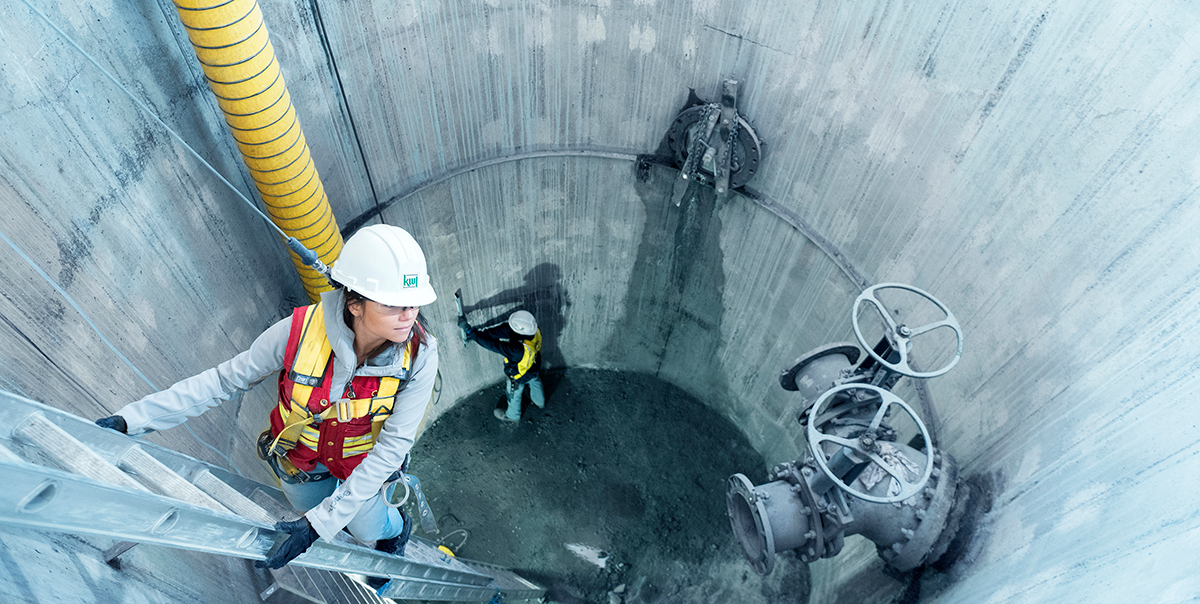 Living in Brazil, then-16-year-old Amanda Gomes had a plan for her life. Following in her father’s footsteps, she was going to be an engineer. She already had a taste of what engineering in South America would be like, thanks to her father, who had taken her on tours of his projects.

But, her plans changed after her father had accepted a new career opportunity in Canada, a country Amanda had never visited and didn’t know much about. The entire family would be moving to Vancouver, BC.

Not only did she have to adjust to a new school, she also had to take senior-level high-school courses and learn English at the same time. Amanda says the transition of moving to a new country and new school where she didn’t know anyone, was daunting.

“Looking back, I’m grateful for the opportunity to live here,” she says. “But leaving my friends in Brazil, and adjusting to life in Canada was not easy, especially as a teenager. I had to learn everything from scratch. I had never even seen snow before. It was all new.”

Upon arriving in Canada, Amanda worked tirelessly to adjust to her new reality. In time, she adapted to the Canadian lifestyle, made friends, and even tutored math students in her spare time.

Within three short years of arriving in Canada, she had graduated from high school and was enrolled in the BCIT Civil Engineering – Bachelor of Engineering program.

“I chose BCIT because of the small class sizes,” she recalls, adding that the hands-on learning component was also a major deciding factor, so she could better relate engineering theories to practical work.

Amanda says the Civil Engineering program set her up for success.

“The program requires students to learn how to manage their time very well in order to keep up with the workload,” explains the BCIT alumna. “Through my experience immigrating to Canada and attending BCIT, I quickly learned the importance of adaptability, and I know that’s a key factor to help me overcome future challenges.”

Standing out and giving back

While completing her degree at BCIT, Amanda was President of the BCIT Women in Engineering Club and active in many other clubs. As an immigrant woman in a traditionally male-dominated field, she believes that diverse representation in engineering is extremely important. It demonstrates to the younger generation that the industry has changed, and it’s much more inclusive.

“Clubs like BCIT Women in Engineering ensure women have the opportunity to speak up and show that female role models are available,” she explains. “I think it’s very important to normalize women in engineering. Yes, we’re here. Yes, we can do it.”

She says that mentors like BCIT Business Development Manager Marita Luk supported her with the resources she needed to thrive while a BCIT student, and even today, as an alumna growing her career. This has inspired Amanda to pay it forward.

One way she’s giving back is in her new volunteer role as a Director on the BCIT Alumni Association Board of Directors. In the position, Amanda hopes to inspire diversity and inclusion and to be a voice for the School of Construction and the Environment.

She volunteers as a panelist and at engineering events whenever she can, and recently spearheaded an initiative that organized more than 20 of her work colleagues to donate their time to the Don’t Go Hungry food support program.

The future is bright

After spending nearly five years as a Project Engineer in the municipal infrastructure sector, focused on facilities such as pump stations and wastewater treatment stations, Amanda accepted a new job opportunity at Omicron in March 2020.

As a Project Manager at Omicron, Amanda leads design and construction teams on industrial, mixed-use, and institutional projects. She is currently working on a church redevelopment project, film production studios in the Vancouver and Toronto areas, as well as the development of the largest business park campus in Metro Vancouver, to name a few.

Amanda credits her continued growth and success to her many role models, from her supportive parents and husband to the mentors she’s gained at BCIT and throughout her career.

“I have a lot of mentors,” says Amanda, who plans to get her Project Management Professional (PMP) certification this year and potentially her MBA one day. “I find that people are open to giving feedback and sharing their path to success. All you have to do is ask, be proactive, and be open to learning new perspectives and paths.”

How does this alumna stay so motivated to succeed? At the top of each page in Amanda’s digital planner is the acronym for GRIT: Give it your all. Redo if necessary. Ignore giving up. Take time to do it right.

Learn more about BCIT’s School of Construction and the Environment and the Civil Engineering – Bachelor of Engineering program.

Tags: Alumni, School of Construction and the Environment