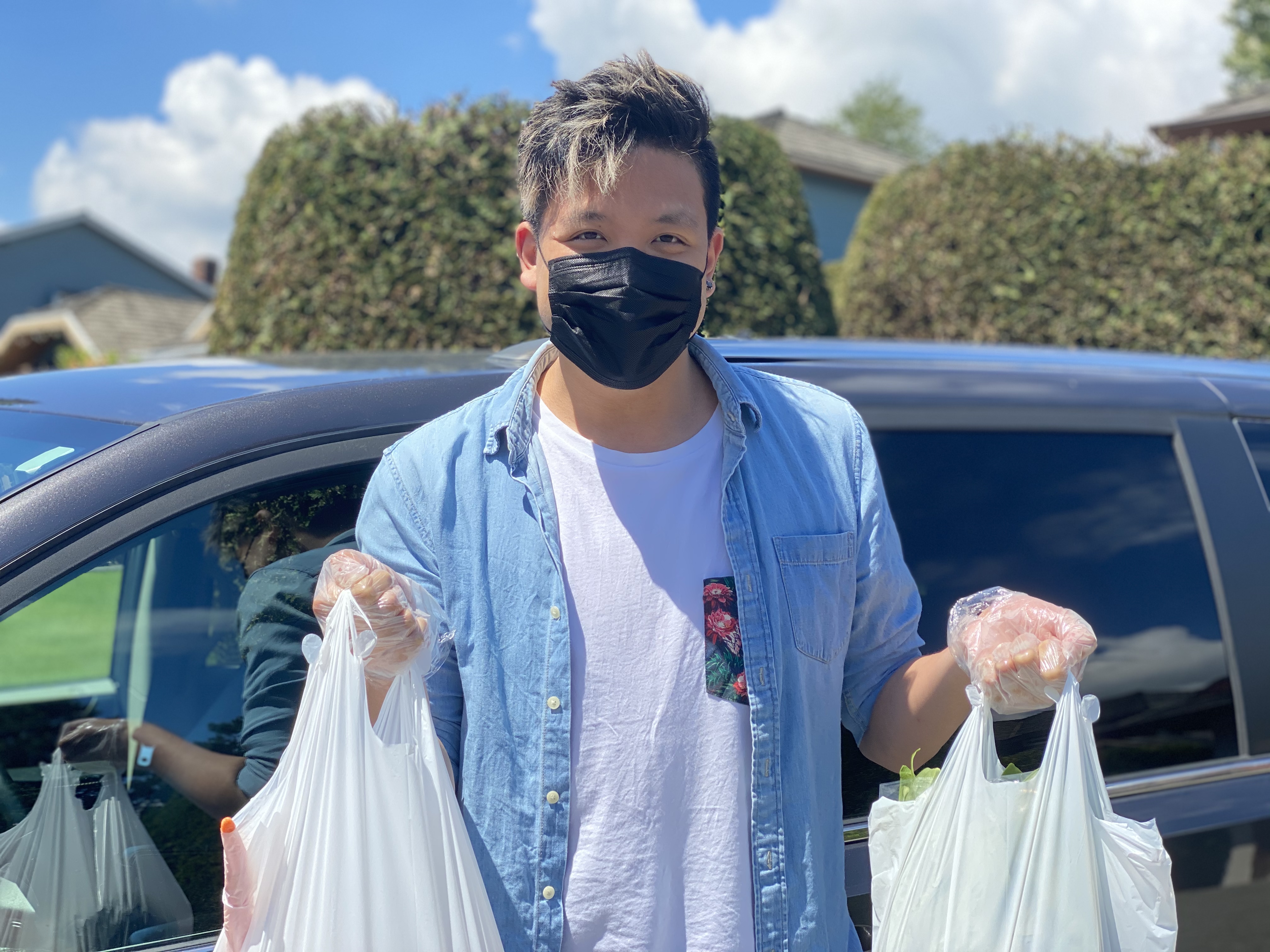 BCIT Marketing Communications alumnus Karl Chen is giving back to the community by co-founding the Asian Unification Project (AUP), which seeks to help the Asian elderly, disabled, and immunocompromised community with their errands during the COVID-19 pandemic.

The Asian Unification Project was sparked by a message that Karl received from a friend in Toronto. “My friend, Chris, messaged me with this idea in March. I co-founded an online networking group, Subtle Asian Networking, which has a membership of 47,000 Asian professionals across North America, Australia, United Kingdom, and Asia. Chris co-founded the Asians in the Americas Support and Professional Network (AASPN). He suggested that we work together using our networking groups, I agreed and the rest is history,” Karl says.

Since COVID-19, there has been a rise in hate crimes against Asians in BC. “We decided to prioritize the Asian community because of potential language barriers and rising hate crimes. The elderly and immunocompromised may be concerned with leaving their homes due to violence and/or contracting the virus as they are naturally in the high risk demographic,” Karl adds.

The first step for Karl and his team was to get the word out and find volunteers who could speak a variety of Asian languages and whom were willing to help with errands and grocery deliveries. The website was then translated by volunteers into various Asian languages. Currently, the Asian Unification Project has approximately 100 volunteers in the Toronto and Vancouver areas that can speak Chinese, Korean, Vietnamese, Filipino, and Hindi. “I’ve learned how generous people are with their time. Many people want to help right now and support others, they just aren’t sure how to do it,” Karl says.

Once Karl and his team had enough delivery volunteers, they began to spread the word about their service to communities in Vancouver and Toronto. The website coordinator receives the submission and then matches a volunteer based on language spoken and area. From there, it is up to the volunteer and user to contact each other and coordinate the shopping list, pick-up time, and other details related to the errand.

Karl remembers doing his first delivery and meeting Lan, a retired Vietnamese woman who used to work in a neighbourhood house and heard of the Asian Unification Project through a youth she used to care for.

“The delivery was memorable to me because she was very grateful. We had a good conversation, and she was saying how great it was to see young people out there who are helping and caring about the elderly. She kept asking how she could donate to our project,” Karl says.

As British Columbia enters Phase Two and some restrictions have been lifted, Karl and his team expect to see continued requests for their services. “With restrictions loosening, we will keep doing deliveries and errands to help those in need,” says Karl. The Asian Unification Project has also partnered up with “Feeding Our Frontline” and, together, volunteers deliver restaurant meals to frontline workers. Karl and his team also hope to be begin soliciting donations for the Asian Unification Project to help fund the groceries for those who can’t afford them.

The project currently offers service in Chinese, Korean, Vietnamese, Filipino, and Hindi but they welcome volunteers fluent in other Asian languages to join their team.

The Asian Unification Project is a result of Karl’s passion for organizing events and helping others. This started after a three-week trip to the Dominican Republic with HOPE International Development Agency to help build an irrigation system for local farmers. This experience led Karl to reflect on his own identity and how he could use help others. “From this trip, I learned a lot about myself, and talking to people in other communities,”Karl says.

This also led him to BCIT’s Event Marketing Certificate program where he thrived and finally felt at home. “I enjoyed the smaller class sizes with the hands on approach, unlike other schools where you just have semester friends”, Karl says. Upon completing his Event Marketing Certificate at BCIT, Karl enrolled into the BCIT Marketing Communications Diploma program. Since graduating in 2018, Karl has returned to BCIT as an Events Specialist within the Marketing and Communications department. “I got into events because I enjoyed seeing people happy, and knowing that I made someone’s day better with a great experience. The events world is very exciting, interactive, and I get to help build the community. Community is very important to me,” Karl says.