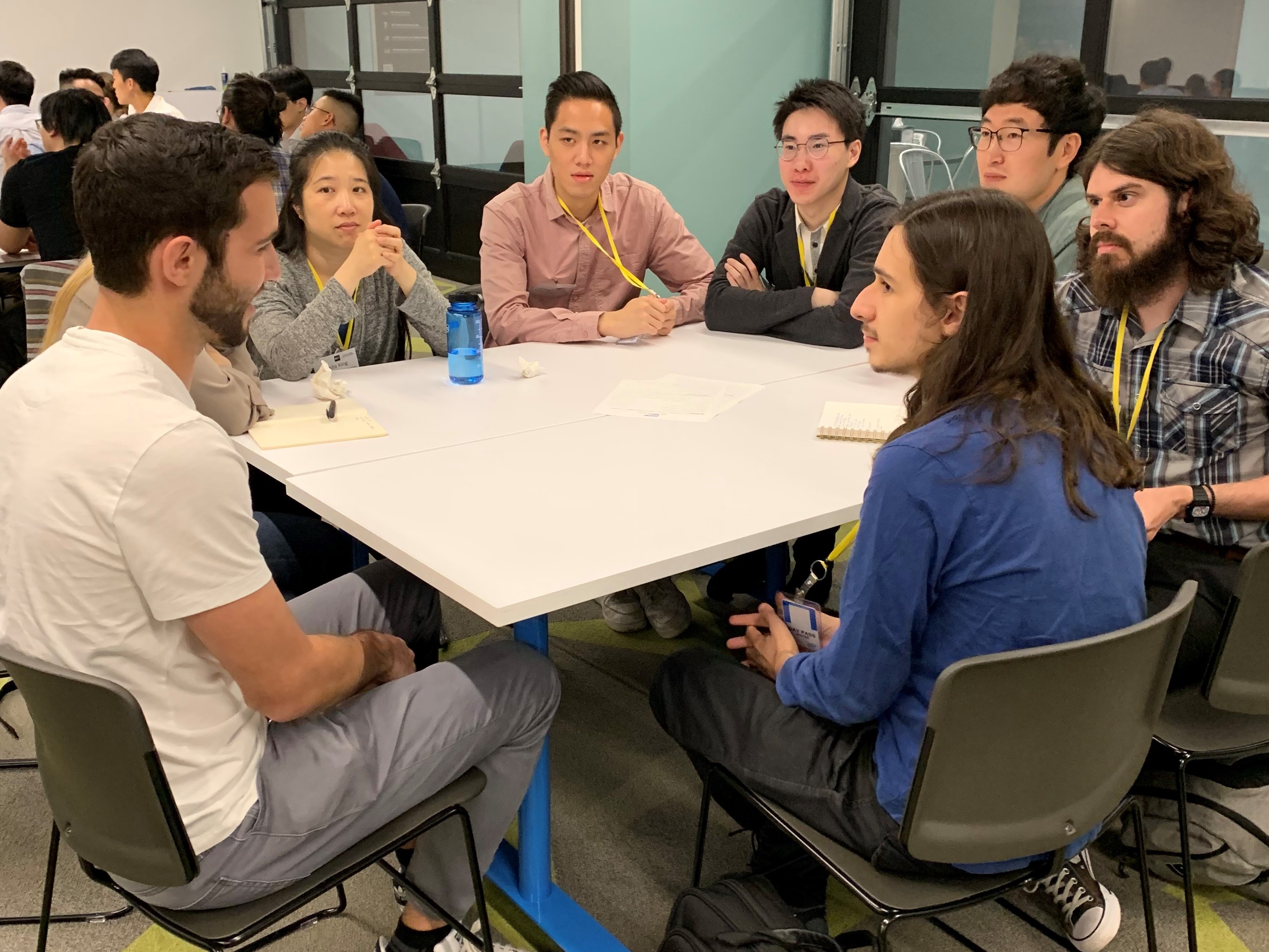 As part of BCIT’s co-op program, BCIT’s CST and CIT students had the opportunity to attend a tour of SAP’s Vancouver office on August 29th. We began the tour with signing in and being greeted by several SAP employees, including Joseph Hou and many current SAP interns. Afterward, Susanna Kan and Joan Pascual led us into the Cypress conference room where we sat down for some treats and refreshments.

A Warm Greeting and Introduction

Joseph Hou kicked off the tour with a warm introduction about his career journey at SAP and how he went from BCIT to SAP. Then Joseph encouraged and happily answered any questions directed at him. Many of us were eager to learn more about his transition from a CST graduate to an SAP employee, career goals for the coming years, and favorite aspects about working for SAP.

After a quick break, Joseph presented to us a never-before-seen video created by a group of previous interns. The video highlighted the experiences SAP interns found most memorable and was directed and planned by an SAP intern who had an interest in video editing.

Joseph then gave a summary of what SAP does and some background about the company before passing off the mic to the current iXp co-op students from BCIT.

David Wang led the intern introductions with a summary of his current role within the Global Technology Legal Compliance team and the type of work the role entailed. Geoff Robertson, Angela Yeung, and Tyler Alfred shared their intern experiences at SAP and gave us tips on SAP’s expectations and how to prepare for interviews. Some of the memorable things they listed included the iXp hackathon, d-shop, numerous socials, SAPuppies day, Bringing Women Together initiative, volunteer opportunities, the iXp intern committee, and the intern mentorship program.

Next, we had the opportunity to talk with managers and interns at SAP about their personal experiences and learn more about the teams. This was a great opportunity for us to ask specific questions about what made them stand out and learn more about the kind of work we would expect if we worked within that team. Derek Dang and Edward Lee were a couple of the people we met. Derek primarily worked with Python and Edward worked with SAP cloud products. They were all very down-to-earth and happy to share with us tips about how we could succeed during the hiring process.

We then went on a guided tour of the office with the interns and took the chance to ask more questions. We were led throughout the different departments and teams within the office and were shown the many kitchens stocked with coffee machines, free fruit and beverages, and subsidized vending machines.

SAP has many built-in amenities so you can choose from relaxing at the gym, yoga, or puzzle stations throughout the office. Are you looking for a quick break? SAP has a popular hangout area that has ping pong tables, foosball, and pool tables for you to relax with your co-workers.

Afterward, we were shown one of the coolest places at SAP, the d-shop. Driven by a global SAP program to give interns access to hardware technology such as Beaglebone, Arduino, Alexa, Raspberry Pi, LEDs, Google Cardboard, Samsung VR Gear, and even an Ultimaker 2+ 3D printer for their pet project. Magic Mirror, Hello Alexa, and Interactive Wall were all current d-shop projects on display while we were there. These projects utilized IoT technology and augmented reality to create interactive experiences.

During our visit to SAP, we were warmly welcomed by many and had the opportunity to network with managers and interns. We learned more about SAP’s culture of inclusiveness and the variety of teams within the organization. Many of us came out with greater insights on what to expect when applying for SAP and learned more about the hiring process.

We want to extend a special “Thank You” to Joseph Hou who made this event possible. Joseph is a CST graduate and BCITSA mentor. He is a strong proponent and supporter of CST co-op and believes in the potential of our students.

We are all immensely grateful for Joseph’s efforts and generosity.