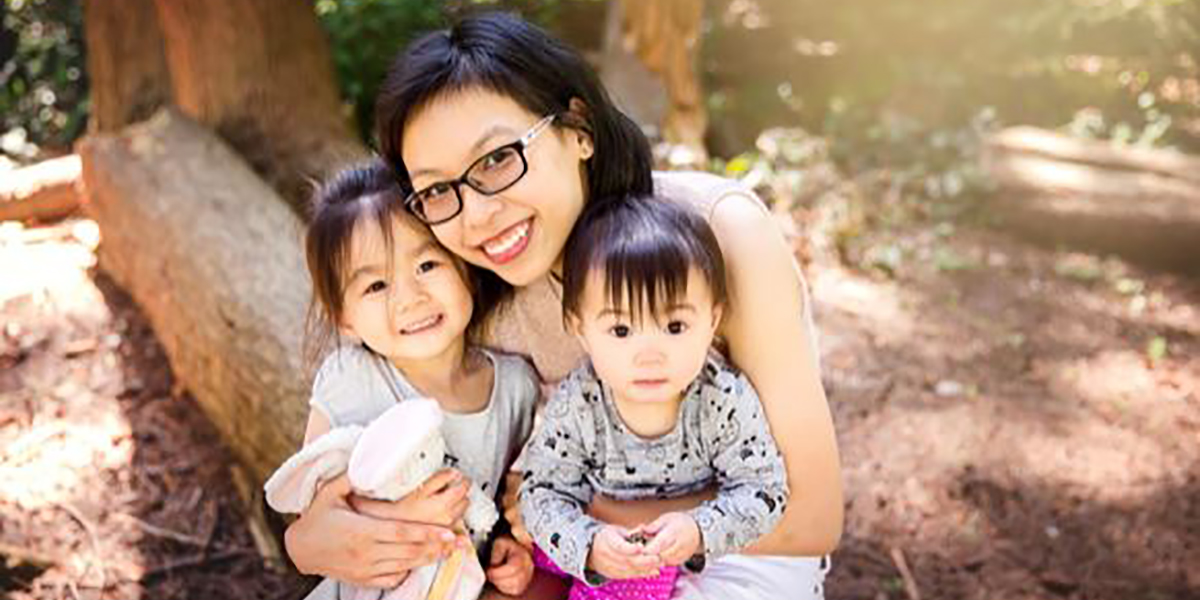 Juli Leung is crocheting a doll for her daughter, Hailey age 4. 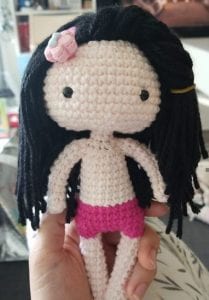 If you know Juli, you wouldn’t be surprised she is creating a one-of-kind doll that has been personalized for her daughter (see photo). It’s this kind of attention to detail, thoughtfulness, and care for others that make her a special mom. It also makes this BCIT alumna a special nurse.

Two years into her computer science degree at university, Juli told her parents she wanted to study nursing at BCIT instead. She wanted to work with people.

But her parents (both BCIT alumni—her mom took software engineering and her dad studied engineering) discouraged her, persuading her to finish her computer science degree at least as something to fall back on.

“They said BCIT is the toughest school I would ever go to,” she recalls. “They told me I’d never make it, that BCIT is really hard.”

So Juli completed her computer science degree. Not long after, she applied for and was accepted into BCIT’s Nursing degree program.

A nursing career gets personal

Everything was going well for Juli. She had just graduated with distinction from BCIT’s Nursing degree program in 2012, she began working as a pediatric nurse at BC Children’s Hospital, and then she got married in 2013. But later that same year, she received the devastating news that her mom had cancer. Suddenly, Juli became caregiver and advocate for her mother, supporting her through countless treatments over the next few years while working full time. She also had daughters Hailey and Tracy during this period. Juggling it all was hard.

“I was not quite there for my kids mentally because I was so exhausted from helping my mom,” she recalls. “I am glad to have such a supportive husband who was there for us.”

In January 2018, during Juli’s maternity leave after her second child, her mother passed away. She spent her maternity leave planning a funeral, and says she sought and received invaluable mental health support during a dark time.

“My journey with my mom has made me see both ends of healthcare, from the perspective of the patient and of the caregiver,” she says. “It helps me relate to patients better because I was in their shoes not too long ago.”

Today, Juli is a registered nurse at BC Cancer, an agency of the Provincial Health Services Authority. She cares for patients who have been diagnosed with cancer. Juli says the hardest part of the job is when patients are sent to palliative care because it triggers memories of her journey with her mom. But it’s her personal experience coupled with her training from BCIT that make her an excellent nurse who can provide patient-centred care with compassion and attention to detail.

“During my mom’s treatment, she told me I saved her life because I advocated for her,” Juli remembers. “That if it weren’t for me seeking direct help from doctors, she probably wouldn’t have made it as far as she had…I miss her.”

After her mom was diagnosed with cancer, Juli asked her mom, an avid crocheter, to teach her how to master the stitch craft. In her mother’s last years, they crocheted together, showing their new creations to one another. It is now a passion for Juli. She even has a blog where she proudly shares her creations with countless people around the world. Whenever Juli crochets something—like the doll she’s making for her daughter Hailey—she often thinks about crocheting with her mom. It connected them then. And it connects them still.