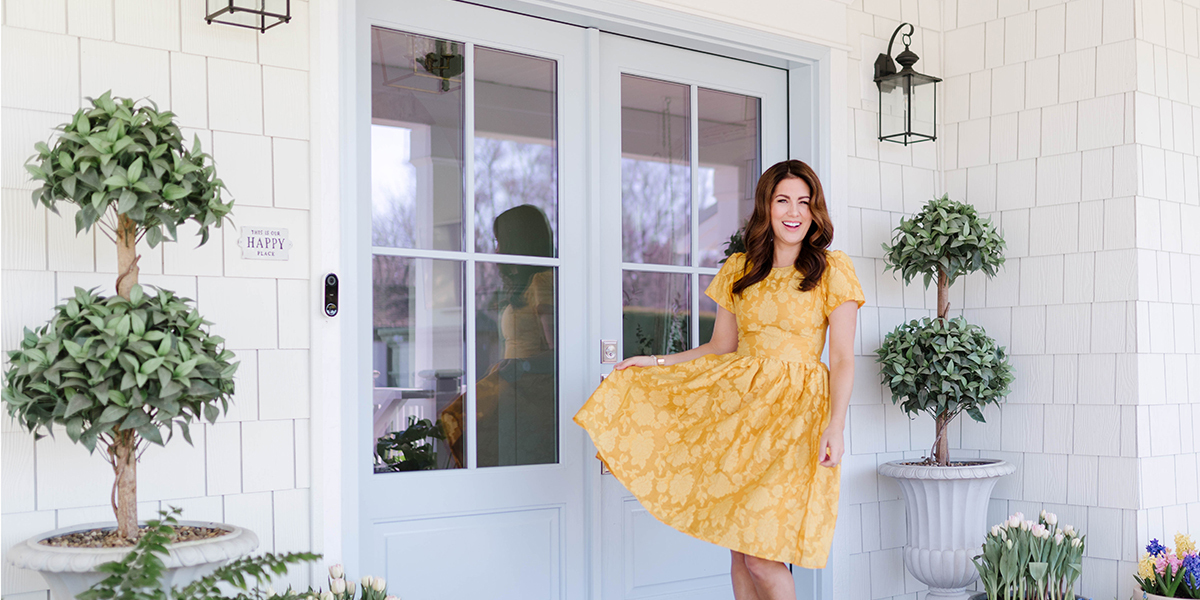 For Jillian Harris, interior design was a side hustle in the beginning. In between shifts as a salesperson at a home décor store and as a server at Cactus Club Café, she freelanced as a design consultant taking on small jobs as she could. When the co-owner of Cactus Club Scott Morison heard about her consulting business, he hired her to help design his restaurants.

For inexperienced but enthusiastic Jillian, it was a dream job—until she got fired.

“I was extremely humbled,” she says about being let go, admitting that without any formal training, she didn’t know what she was doing. “I felt so defeated but I knew I had to keep going.”

Jillian decided to go back to school and enrolled in BCIT’s Interior Design certificate program. She graduated in 2008. As an alumna with a fresh credential under her belt, Jillian was re-hired by her former Cactus Club boss to design his newest restaurant chain, Browns Socialhouse.

“[BCIT] taught me attention to detail, how to organize my thoughts and creative ideas, and how to bring ideas to fruition,” says Jillian. “I learned so much about space planning. I also learned to work my ass off, even if that meant spending the night in the drafting room, which I did many times!”

As a student at BCIT, Jillian says pulling all-nighters was a matter of survival. It was also preparation for more challenges that would test her resilience in ways she could never have imagined.

“I’ve been rejected and I’ve failed many times,” she says. “From being fired from Cactus…to being heartbroken twice in front of millions!”

She’s referring to her time as a bachelorette on The Bachelor and The Bachelorette television series (after working at Browns), for which she signed up in search of love. In The Bachelor, she was second runner-up in the race to win bachelor Jason Mesnick’s heart, and in The Bachelorette, she ended up getting engaged to bachelor Ed Swiderski only to break up very publicly months later. While the love-matching franchise didn’t help her find lasting romance (she is now happily engaged to fiancé Justin Pasutto with whom she has two young children), it sparked a love affair of another kind.

“They gave me a platform to share my life,” says Jillian of The Bachelor and The Bachelorette. “That’s when I realized how much I love sharing my experiences with people. My blog was born shortly thereafter!” 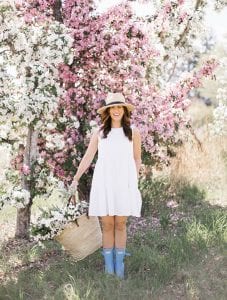 One blog and numerous projects later, Jillian has successfully spring-boarded her interior design roots into a lifestyle brand that is all about great design —in home décor, fashion, beauty, and food. Judging from her 981,000 followers on Instagram, her fans are loving all things ‘Team Jilly’ (what she affectionately calls her brand). So far, she has collaborated on projects including a wellness diffuser with Saje Wellness; a romper collection with Smash + Tess; and a cookbook that is co-authored with registered dietitian friend Tori Wesszer and hits shelves in October 2019.

She is also a co-host of HGTV’s popular show Love It or List It Vancouver. Every episode, Jillian masterminds extensive home renovations to persuade disenchanted homeowners to love their homes again. The show is now in its sixth season.

“I wear many hats but I consider myself a storyteller,” she says. “From being a TV host to a blogger to communicating with my followers via IG stories, I’m always sharing my thoughts, advice, and experiences along the way.”

SEE MORE: This BCIT alumnus and coach says these habits are key to being a high-achieving leader

Jillian admits that while her success has come in a non-traditional, circuitous way, she wouldn’t change a thing.

“I thank my lucky stars every day that I found this career that I’m in now,” she says. “It’s beyond my wildest dreams.”

To BCIT graduates who are about to embark on their careers, she says confidence is key: “Know that you will make mistakes…don’t be too hard on yourself. You just have to keep on swimming.”

Learn more about BCIT’s Interior Design program  and the School of Construction and the Environment.

Tags: Alumni, School of Construction and the Environment