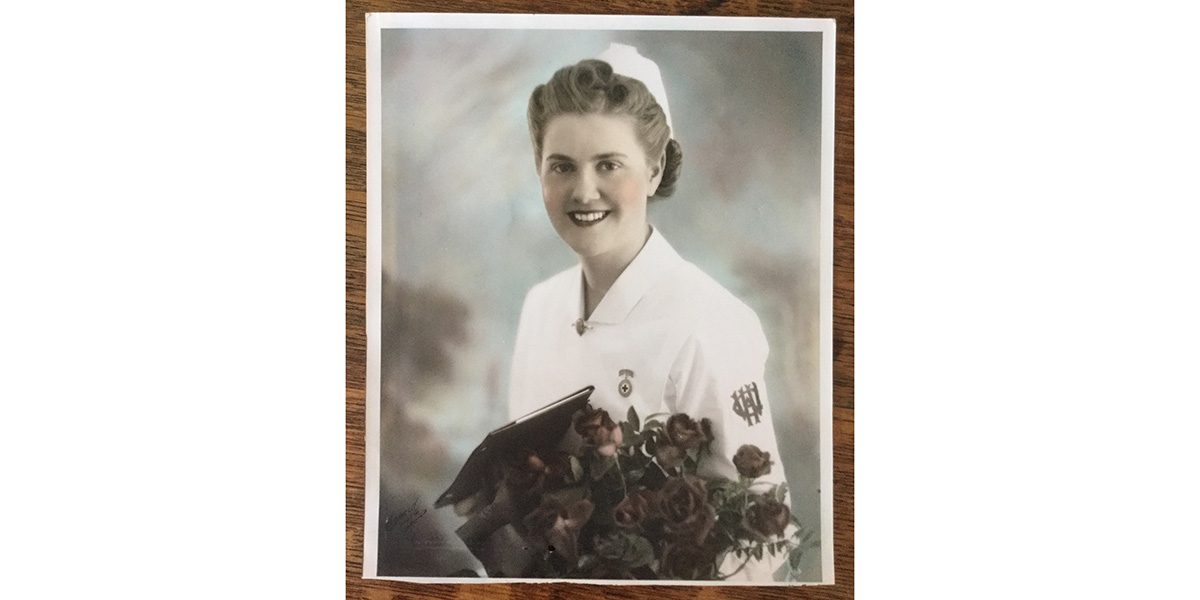 During the Second World War, war poster headlines in Canada asked everyone to ‘do your bit’. Many men enlisted. Barred from combat roles, women took on other roles. Joyce Williams, determined to help, trained to become a Registered Nurse at Winnipeg General Hospital. Her first nursing job was in Hazelton, BC where tungsten was being mined for the war effort and nurses were in short supply.

“My mother was proud of the nursing profession, proud of the sacrifice she made to become a nurse, and proud to have made a difference,” son Derek says of his mother Joyce.

After the war, Joyce and her husband Guy moved to Kimberley, BC where they raised their four children, Joan, Karen, Geoff, and Derek. She served her community as a nurse for more than 40 years before retiring in 1982. Joyce passed away in 1984.

Creating a lasting legacy through BCIT

In 2012, Derek contacted BCIT Foundation to establish a bursary in his mother’s memory. He says his friend, the late Flemming Sondergaard (who was former Chair of the BCIT Board of Governors and had passed away several years before), had always spoken highly of BCIT: “He talked about BCIT and its importance to industry and the community.”

The Joyce Williams Nursing Bursary is a fitting way to honour his mother and her love for the nursing profession. As the bursary is awarded to BCIT Nursing students, Joyce’s legacy will live on.

“I want the bursary to make it easier for students to study nursing,” says Derek, who contributes to the fund—which his employer Raymond James matches—every year. “I hope students understand there are a lot of people who really appreciate their hard work and that becoming a nurse is a great gift to society.”

So far, 31 BCIT Nursing students have benefitted from The Joyce Williams Nursing Bursary.

May is LEAVE A LEGACY™ Month. If you’d like to make a gift to BCIT in a loved one’s memory, contact BCIT Foundation, foundation@bcit.ca or visit our online donation web page.