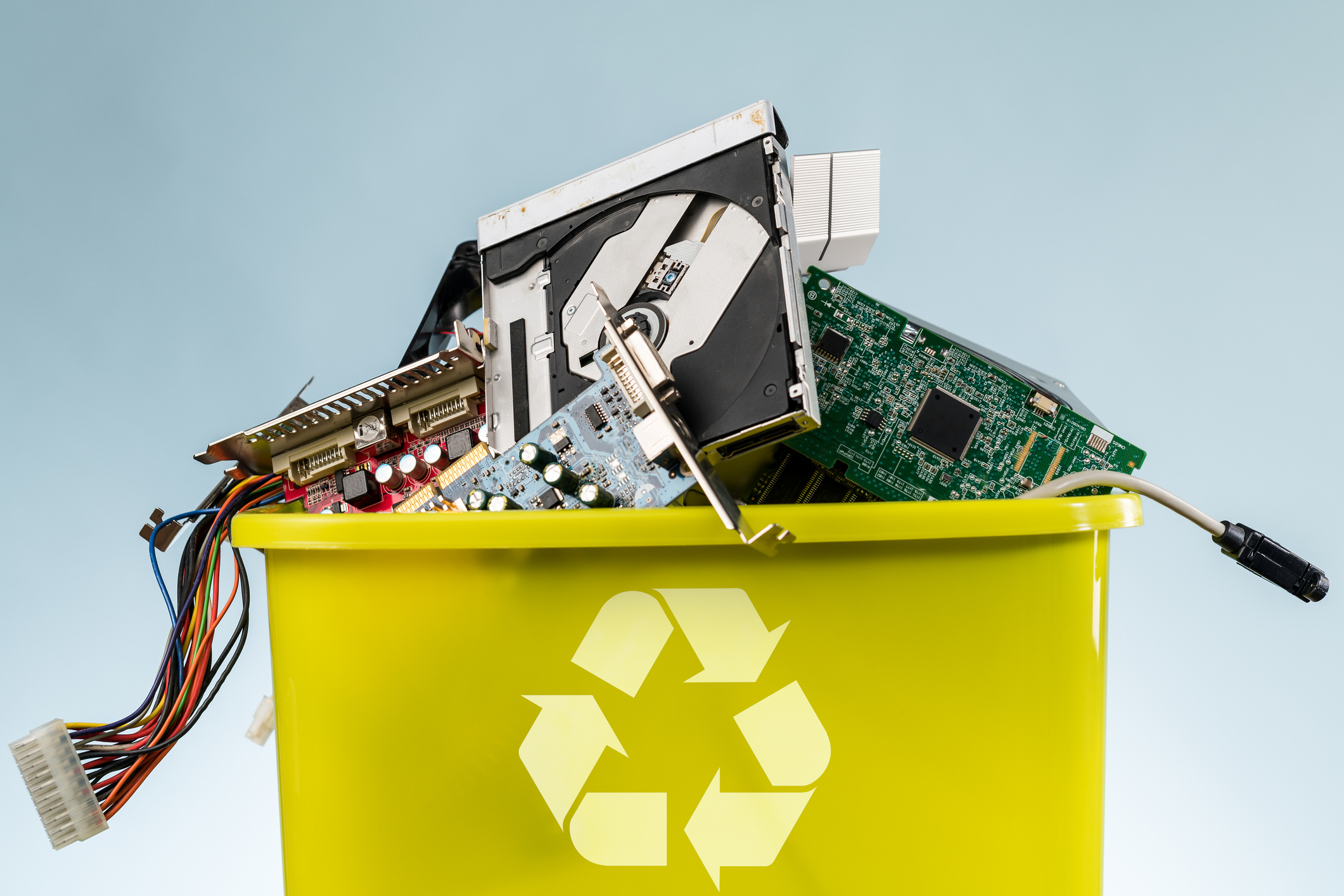 Michele Morrison doesn’t have a job that makes you think of waste reduction or recycling. As a manager in BCIT’s IT Services department she’s responsible for all the computers found in computer labs and used by instructors and staff. But she also helps to lead efforts that have seen six and a half tonnes of electronic waste diverted from the landfill this past summer alone.

The initiative, which encourages BCIT staff, students and faculty to bring their old equipment from across campus and home to be recycled, is just one of several efforts the IT department undertakes each year to reduce their ecological footprint and be part of the larger shift towards a more environmentally sustainable future.

IT Services partners with a local recycling facility who first determine if a device can be refurbished and resold before separating it into plastic and metal components to be recycled.

“I used to live in an area of Metro Vancouver where I drove by a landfill and you could just see the mountain [of waste] getting higher and higher,” explains Morrison, who is motivated not just to keep valuable materials out of the waste stream, but also to consider energy and fuel use.

For Morrison, it’s especially important that recycling processes happen locally whenever possible, instead of being shipped off overseas, creating further pollution.

And this is not the only method for improvement that she’s overseen.

For nearly ten years, IT Services has insisted on bulk packaging when ordering large shipments of computers. “The less packaging, the less work for us, and less impact on our environment because Styrofoam isn’t recyclable,” explains Morrison.

“Our ability to keep things out of the landfill, to use less resources to operate the institution, it’s good business practice,” she says, “but it’s also about taking care of the environment and providing for future generations.”

“We’ve been making progress in the backend as well,” adds Morrison. Moving from many standalone servers to virtual servers has helped cut energy demand and reduced the need for cooling, while lab computers are set to sleep or powersave mode overnight and laptops are equipped with powersaving tools to extend battery life and save power.

Morrison is grateful to have the opportunity to help shape more sustainable practices: “As much as it’s hard work to change policies and procedures, it’s not impossible,” she says. “ Even suppliers now are on board.”

Morrison sees a wider shift in the mindset within the community at BCIT, “From Facilities looking at de-icing materials to food packaging in the cafeteria…If there is a more sustainable way to do it, someone will be asking about it.”

“Everything is being questioned, and that’s good,” says Morrison. “People want to know that we’re doing the right thing.”

This story is part of the monthly Countdown to Ecocity 2019 series, which highlights BCIT’s leadership in the face of today’s complex environment challenges. This initiative supports the Ecocity Standard for Responsible Resources and Materials, which supports responsible and equitable sourcing and recycling of goods.

Learn more about BCIT’s role as host of the Ecocity World Summit in 2019.

1 thought on “Rethinking e-waste: How BCIT diverted 6.5 tonnes of electronic waste from the landfill in just one summer”