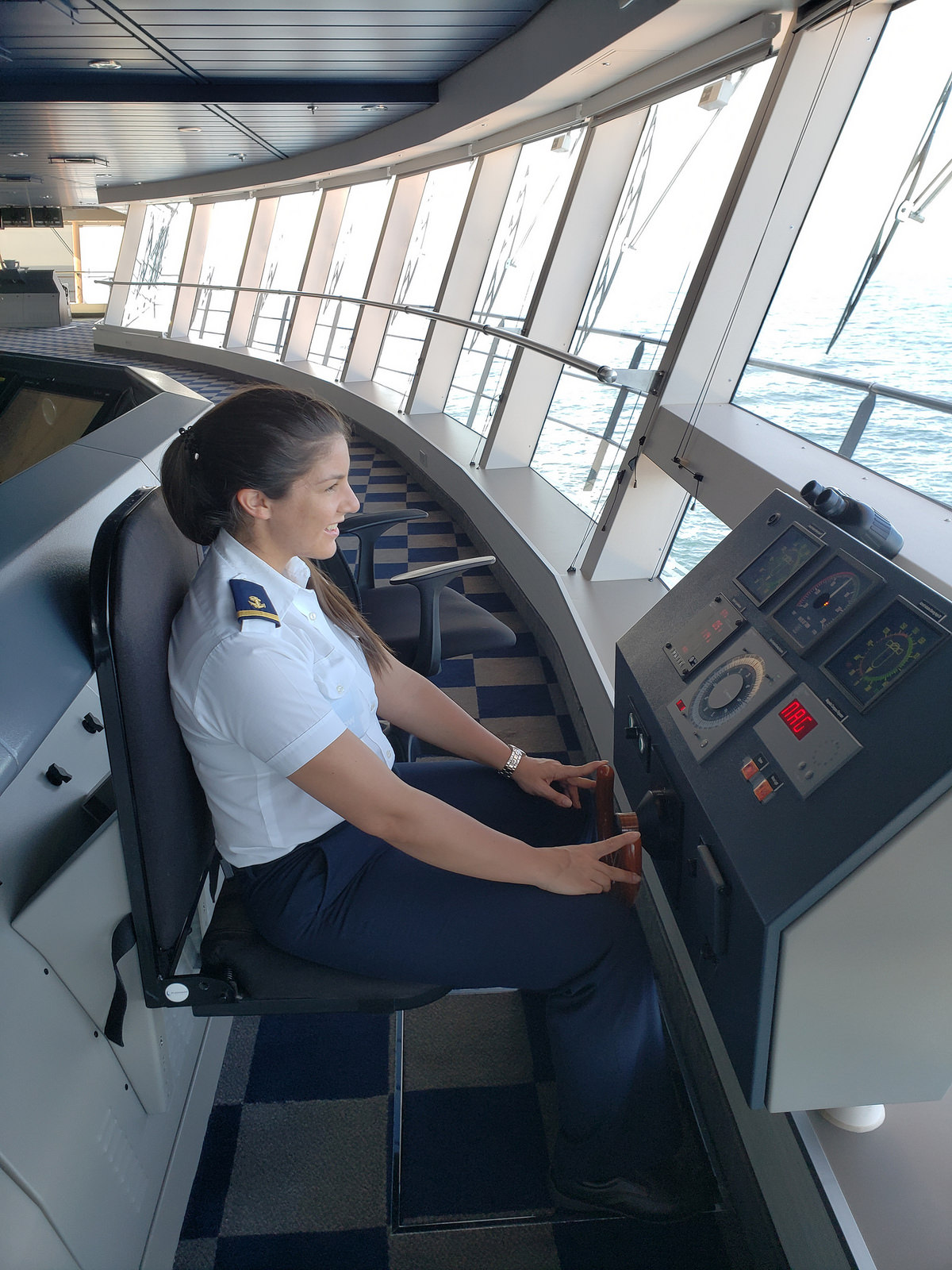 “Archimedes’ principle states that the upward buoyant force that is exerted on a body immersed in a fluid, whether fully or partially submerged, is equal to the weight of the fluid that the body displaces and acts in the upward direction at the centre of mass of the displaced fluid”.

When it comes to relating a topic we have learned in class to one that applied to when I was on the ship, I would say that Archimedes principle is the one that stuck out the most.

This being said for the reason that the ship I sailed on, which was Anthem of the Seas, had to float. She is a 247 metre long cruise ship owned and operated by Royal Caribbean. On top of that, she is 168,000 gross tons which I am sure you can see, would displace a lot of water. The equation that is used for Archimedes Principle is:

We used this many times in class and the more we used it, the more the physics side of the ship made sense to me after being on board. Having been on board for five months, there is still so much that I knew I needed to learn. The physics side of things being one of them.

Before coming back to school, I looked at the course outline and saw that this was one of the topics that we had to study. What I did to learn more about it was, I watched the Khan Academy videos while I was at the gym in the mornings. Seeing as Bernoulli’s Principle applies to how fluid flows and pressure, I found this a very interesting subject. One of the ways in particular that it relates to a ship, in the way that the water hits the proper casing, is what they call “lift”.

Before we would depart or arrive to a port, we would always have a briefing on the bridge. It was my job to do the briefing for the bridge team. Once I was done, the Captain or Chief would go through how they were going to do the maneuvering. One of the things that they would mention was how they had to lift the ship off the dock. For a while, I had wondered what this meant. It was then explained to me that by positioning the propellers a certain way, this would create the water to push us off the dock. More physics!