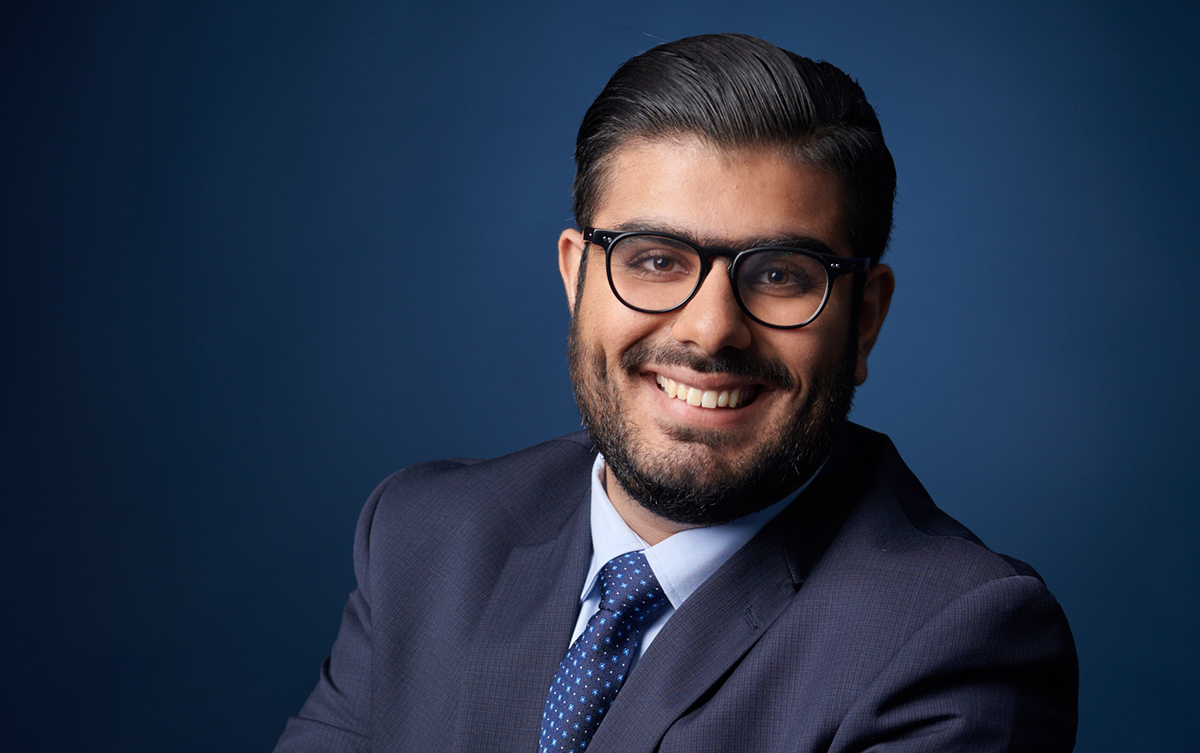 As a young boy, Moshtagh Mohammadi struggled in school. He had trouble making friends and had difficulty in class. He wasn’t a star student. This year, BCIT is proud to present Moshtagh, a recent Civil Engineering diploma grad, with the 2018 Distinguished Outstanding Student Leadership Award.

In 2002, the Moshtagh, his brother and his father fled persecution in Iran. As people of the Bahá’i faith, they were among the countless believers who faced extreme discrimination including false imprisonment, torture, execution, and denial of civil rights in the country. So the Mohammadis left everything behind and landed in Turkey as refugees before Canada accepted them 17 months later.

“My father lost most of his immediate family members,” says Moshtagh. “He was trying to raise two young kids, trying to give [us] the things he didn’t have, like an education. At the same time, he had to try to come up with money so he could provide for the family.”

Life as new immigrants who didn’t speak English was not easy. But the promise of better opportunities for his children pushed Moshtagh’s father to work hard to make ends meet. The Mohammadis focused on surviving one day at a time.

In those early years, it was hard for Moshtagh to keep up in his classes. Except for math and design. He was exceptionally skilled at both.

“I wanted first to be a doctor, but I realized I’m afraid of blood. Then I wanted to be an actor and I realized there are no jobs really,” laughs Moshtagh about his career aspirations as a high schooler. No career seemed to fit exactly right.

That changed when he connected with McElhanney’s John Sorenson (an alumnus of BCIT’s Civil Engineering degree program), who mentored Moshtagh on high school projects. Recognizing his skill in math and design, John suggested civil engineering might be a good career for him.

He was right. Moshtagh enrolled in BCIT’s Civil Engineering diploma program and thrived. Throughout the rigorous program, Moshtagh proved to be not only a hardworking student but also a natural leader to whom classmates gravitated.

He received the Marshall J. Heinekey Civil Engineering Award, served as Chair of the Schools of Transportation, Construction and the Environment with the BCIT Student Association, co-hosted the Student Space Challenge Design contest with the Architectural Connections club, served on the organizing committee for the Western Engineering Competition, and was a finalist in BCIT’s Presentation Idol competition. He is also an active volunteer in the Bahá’i community through the Junior Youth Spiritual Empowerment Program, mentoring youth in New Westminster and Burnaby.

Moshtagh graduated from BCIT in 2018. He is the first of his family to receive a post-secondary education. Now, he is working as an engineering technologist with McElhanney in Surrey.

For someone who has faced so much adversity at a young age, one would think Moshtagh would steer clear of problems now. Instead, he’s making a beeline for them. This time, he’s zeroing in on the challenges of others so one day, he can use his engineering skills to help.

“In desert areas, water is really hard to come by,” explains Moshtagh. “It’s my motivation to get as much experience as I can within the various fields of engineering, not only water, so I can help countries that need it.”

Moshtagh credits his unflagging drive to his father: “My father is the backbone of my family. The character that he has and has built within me [pushes] me to keep on going, no matter what hardship you face.”

Tags: Alumni, Donors, Events, School of Construction and the Environment

2 thoughts on “Engineering a leader: How a hardworking BCIT grad turned adversity into achievement”