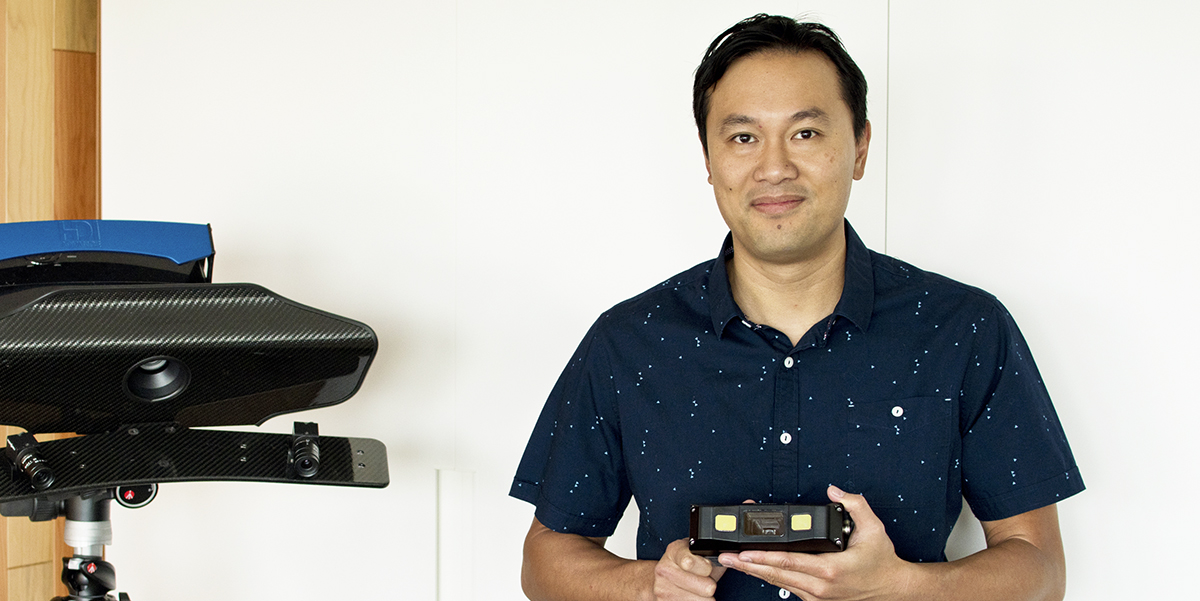 “My mom’s aspiration for me was to be a waiter,” recalls Thomas Tong, a BCIT Computer Systems Technology alumnus. “Because if you were a waiter, that meant you spoke English well and were presentable enough to be at the front of the house instead of the back, where my mom worked all her life. She wanted something better for me than she had herself.”

Thomas and his mom immigrated to Canada from China when he was a young boy. They settled in an apartment in Vancouver’s Strathcona neighbourhood. His mom, who spoke very little English, worked long hours for low wages in the hot, chaotic kitchens of Chinatown’s restaurants. As a single parent, she couldn’t afford extras like toys—and especially not computer games, for which Thomas had developed a passion.

Just a kid who loves computers

In the mid 1980s, home computers were rare. So when Thomas’ friends were willing to let him play on their machines, including a coveted Commodore 64, Thomas didn’t hesitate.

“I made a major pest of myself at friends’ houses,” he laughs.

But Thomas desperately wanted his own computer. To earn money for one, the then eighth-grader got a summer job picking fruit, beans and strawberries for eight-plus hours per day. It was tough work, but by the end of the season, he’d earned almost enough to buy a PC. His mom contributed the difference and by fall, Thomas was the proud owner of a Commodore Amiga 500.

He remembers painstakingly inputting hundreds of lines of code (printed on several pages of computer magazines), just to manifest a simple computer game to play. His first introduction to programming, these early coding exercises gave Thomas a taste of creating something entertaining from nothing. He was hooked.

Turning a passion into a career

“I just love building cool stuff that I can share with people,” says Thomas. When he was a child, this passion began in the pages of coding that would turn into fun computer games. Today, it is the foundation of a successful career that includes working as a network programmer for Radical Entertainment, a video game developer for Electronic Arts and most recently, an entrepreneur.

Thomas is currently the founder and CEO of Vancouver-based Polyga, which develops 3D scanning and measurement technologies. His proprietary technology, which costs thousands of dollars per unit, is used by clients worldwide, from manufacturers to medical practitioners. Polyga’s unique scanners and software allow clients to reverse-engineer—basically, allowing them to scan a three-dimensional object and analyze, manipulate and adjust it on the computer.

“Our clients include people in dentistry, who scan dental molds and use the scanned version to make adjustments,” says Thomas. “Our customers have also used the scanners to reverse-engineer car parts that may be hard to get or may no longer exist.” Thomas’ technology even has Hollywood ties, with movie studios using his scanners and software to create digital doubles of actors.

The key to success

Thomas says his Computer Systems Technology diploma from BCIT set him up for a rewarding career in computing, particularly as an entrepreneur.

“BCIT was a lot of hard work,” recalls Thomas, who admits he was not academically inclined in high school. “I was surprised by the workload but was grateful for it.

“Some of the classes I hated the most at BCIT were the most useful. I did everything I could to avoid the accounting course, and I questioned why I had to take marketing and business communications as part of my computing program. In the end, courses like these became very useful to me as an entrepreneur who has to do everything. The people who designed the program were very wise!”

With a BCIT education and an incredible work ethic from his mom, Thomas has taken a childhood love of computer games and transformed it into a growing innovative tech company with clients around the globe.

For recent tech graduates who want to start their own companies, he offers this advice: “The great thing about a technology-based career is, if you’re talented, you can always find a job if your venture doesn’t work out—so the risk is low. But get some experience as part of a company first so you understand how a business runs. Then go out there and try. No matter whether you succeed or fail, you will always learn a lot as a person.”