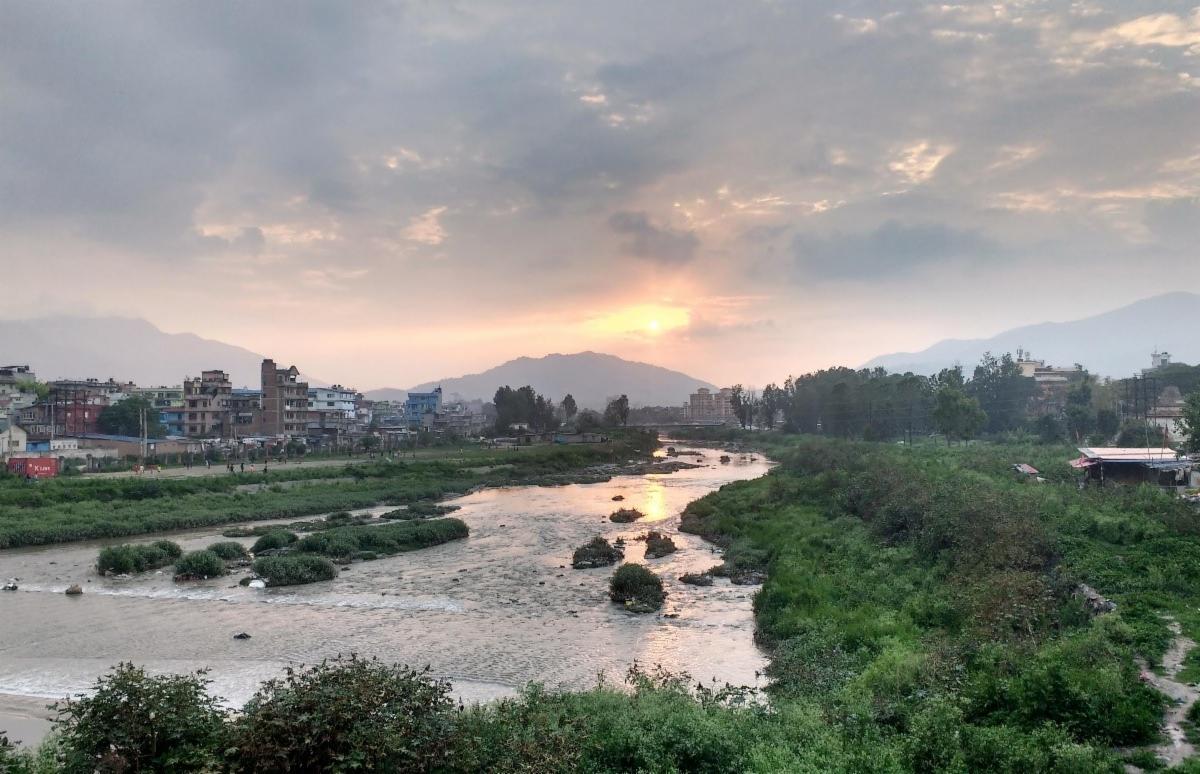 Recent graduates from the BCIT Civil Engineering Bachelor’s Degree program, Danielle King and Harrison Dowd, aim to put their studies to use by working as Earthquake Engineering Interns in Kathmandu, Nepal. They hope to make an impact in providing earthquake resilient designs at local engineering firm Earthquake Safety Solutions (ESS). Harry’s first blog post is below. More stories of their adventures in Kathmandu can be found in their byline above or this link.

I’ve been in Kathmandu one month now. I know because I just paid rent again. It doesn’t seem that long; two weeks flew by exploring the Kathmandu valley before I started work.

I landed in Tribhuvan airport late at night after spending 23 hours in transit and was soon being whisked through the city in a small cab. Kathmandu seems a quiet place after dark.

At 5am I woken by bright sunlight streaming through my windows, and the sounds of people and animals coming to life. There’s a lot the locals do to prepare for the day, so they get started before heat gets too extreme. I found out for myself, after attempting to snooze for a few more hours just how wise they are. During the days it tends to approach 30°C with close to 100% humidity. It only takes a few minutes outside before you’re dripping with sweat. Guess I won’t be wearing the hoodies I brought, or my puffy jacket! I hear its colder in the mountains.

Exploring Kathmandu
My early days in the city were spent exploring my immediate surroundings, finding good food and making friends with the locals. Kathmandu streets are full of energy, with construction and congestion everywhere you look. The bustling people, foreign sounds, unfamiliar aromas, and the cows causing traffic jams make for an experience completely unlike anything I’ve experienced in Vancouver. Don’t know what I expected 11000km from home, but its more than I could have imagined.

On my second day I decided to venture outside the city. I encountered a trio of friendly folks who were wandering the same way and were keen to show me around. We spent the day wandering through some more rural areas in the southern part of Kathmandu valley, avoiding roads and sticking to paths through the terraced farm fields. The local farmers were busy tending their crops and preparing for rice growing season, but they all gave a smile or wave as we passed by. Then we reached a point where we had to descend through the hilly terraces. I was pretty impressed when my guides decided to practice their gymnastics along the way. A backflip off one level, followed by sideflips and frontflips all the way down. I’m less acrobatic, but at least managed to stay on my feet! 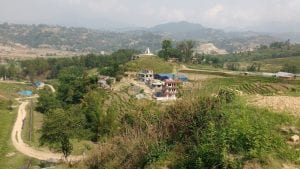 We continued along beside a river until we reached an old suspension bridge, constructed with steel rods in place of cables. It was barely wide enough for two people to pass each other, so when a motorbike came flying towards me I was taken by surprise. Luckily the driver slowed and managed to pass me by. I was just wondering how a car might cross the river, when I saw a truck approach the riverbank and without slowing down cruised through a few feet of water over to the far side. You don’t see that in Canada! Well, at least not this close to civilization. 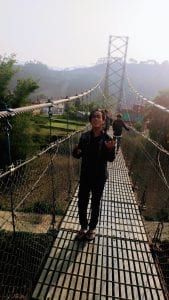 Napali Food
We were all getting hungry and needed a snack, my new friends decided on pani-puri and momos as an introduction to quintessential Nepali street food. The pani-puri was like nothing I’ve had before – a hollow puffed crisp made from flour, called puri, is filled with a mix of seasoned vegetables and flavored water. They’re served cool, and when you crunch one your mouth fills with a spicy refreshing flavour medley. I can see why they’re a local favourite, savoury and hydrating – a perfect snack to beat this heat. The momos were equally delicious, though a completely different treat. At home we’d call them dumpling, or gyoza. The most popular fillings are buff (buffalo meat), chicken, or vegetables and they’re served steam or fried with a spicy sauce. Yum! I know I’ll be having a few more momos before I head home.

With that it was getting late and we were all tired. I bid my new friends goodbye, thanked them for showing me the local lifestyle, and headed home. After walking around 30km and filling up on momos, sleep came easily. What a day I won’t soon forget.