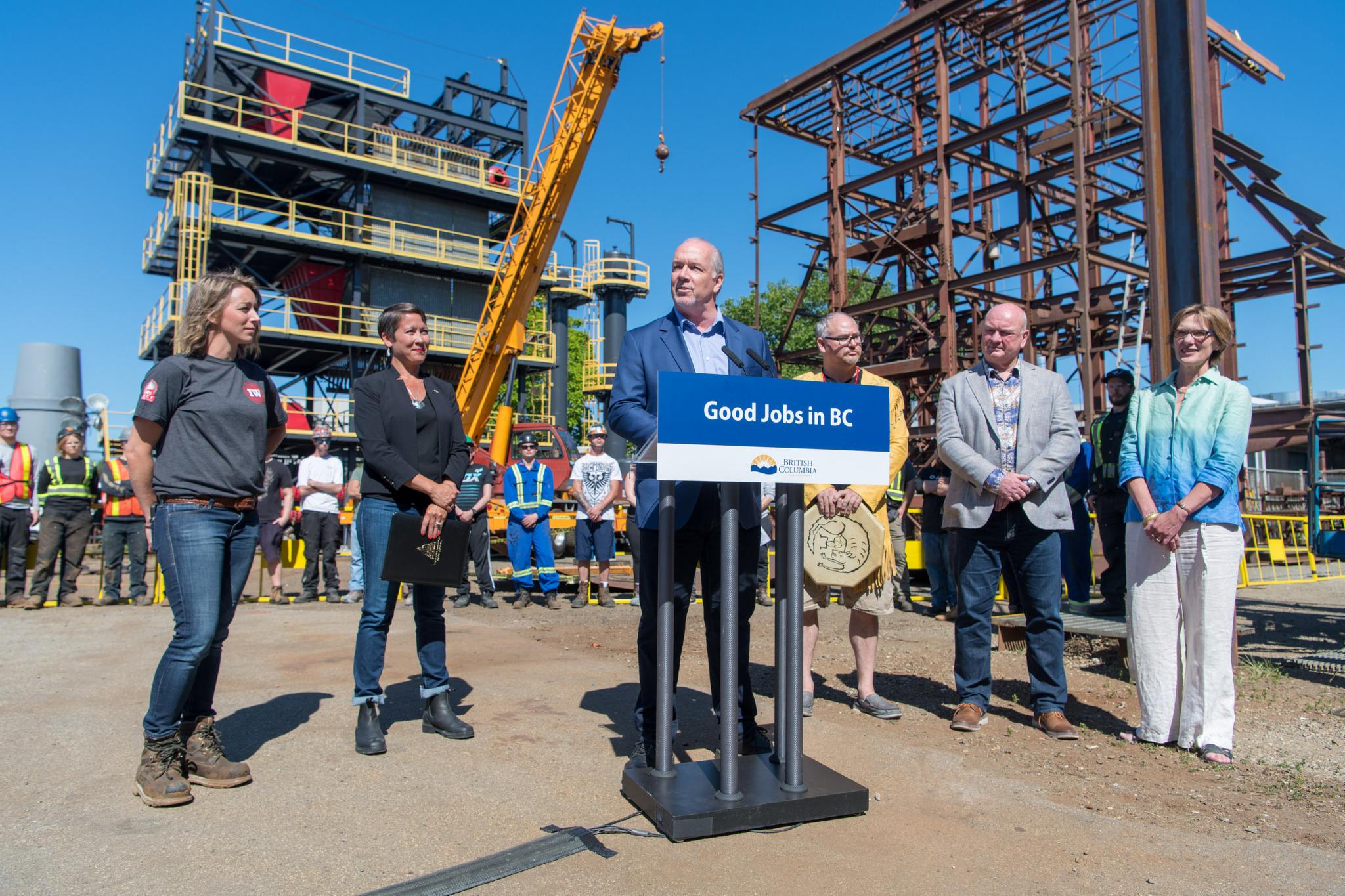 BURNABY – A new, landmark agreement for key public-sector infrastructure projects in B.C. will deliver good-paying jobs, better training and apprenticeships, and more trades opportunities for Indigenous peoples, women and youth around the province.

“With this agreement, we’re not just investing in roads, bridges and other infrastructure, we’re investing in good jobs and new opportunities for people who live in B.C. And with our focus on expanding apprenticeships for young British Columbians, we’re helping build B.C.’s next generation of construction workers.”

Highlights of the agreement include:

The first projects to be delivered under the new community benefits framework are the new Pattullo Bridge, and the four-laning projects on the Trans-Canada Highway between Kamloops and Alberta. The request for qualifications (RFQ) for the Pattullo Bridge Replacement Project has been released.

“British Columbians deserve the opportunity to work on major government projects being built in and near their communities,” said Claire Trevena, Minister of Transportation and Infrastructure. “This Community Benefits Agreement will put local people first in line for good jobs building the roads, bridges and other infrastructure we need.”

Under government’s new Community Benefits Agreement, a diverse and qualified workforce will be supplied for select major public infrastructure projects through a newly created Crown corporation, BC Infrastructure Benefits Inc. (BCIB). BCIB will hire the project’s construction workers, and will work with unions and contractors to dispatch labour, as well as manage payroll and benefits.

“We continue to work with Indigenous groups and women in trades to expand apprenticeship and employment opportunities,” said Tom Sigurdson, executive director, BC Building Trades. “Under a Community Benefits Agreement, these initiatives will translate directly into apprenticeship completions, which, in turn, will allow B.C. residents to support their families, to invest in their communities, and to build the B.C. economy.”

Signatories to the Community Benefits Agreement are BCIB, and the Allied Infrastructure and Related Construction Council (AIRCC), which represents many of B.C.’s building trades. Contractors representing B.C.’s construction industry played an important advisory role as the agreement was developed.

View more photos of the announcement.