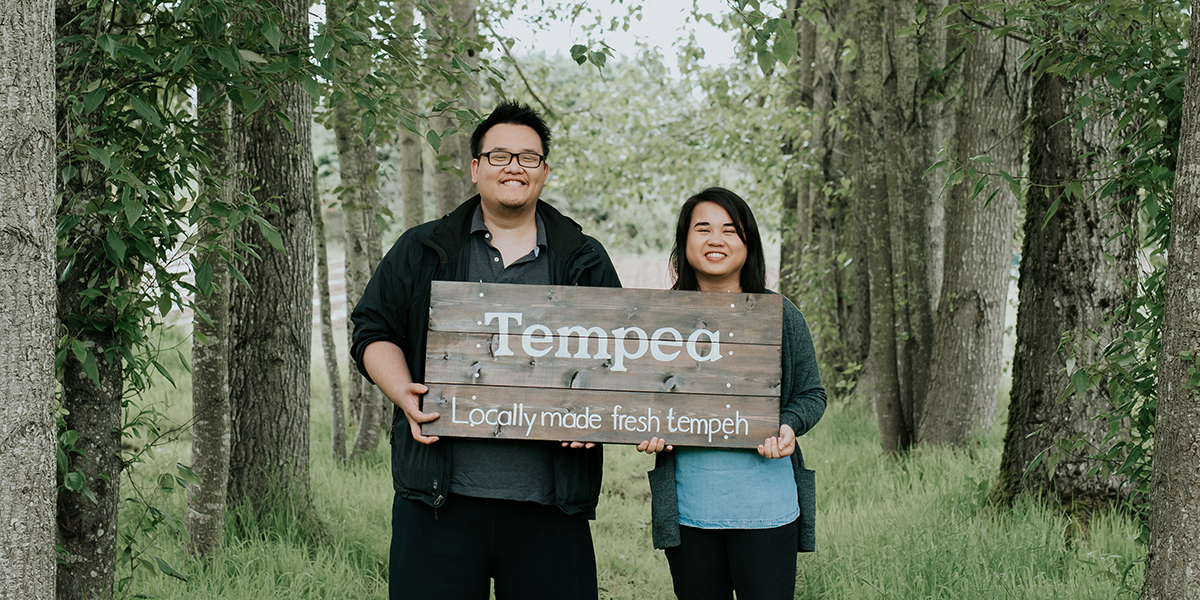 “He brought a sample of pasteurized tempeh for us to try in class,” says Ariela of her former BCIT Food Technology classmate, Andrew Chen. “He was trying to convince the rest of our team to make tempeh for our final group project of our BCIT program. No one liked it.”

Having grown up eating and loving tempeh in Indonesia, Andrew was not deterred. Since the purchased pasteurized tempeh wasn’t well-received, he decided to win his classmates’ taste buds over with his homemade version. “I used the incubation tools at school and made fresh tempeh nuggets,” says Andrew, who went to culinary school and worked as a chef. “Everyone liked it, and we went from there.”

Not only did they make tempeh for their class project, they also entered it in Mission ImPULSEible 2015, an annual competition hosted by Pulse Canada (the national association representing the nation’s pulse industry). Their tempeh won the BC regional category.

“We didn’t win the national competition, but the feedback we received from people who tried our product inspired Andrew and me to make it a business,” says Ariela.

Ariela and Andrew graduated from BCIT in June 2015. By December 2015, they launched Tempea Natural Foods (named for the chickpea and lentil nugget they had created for the competition). Six months later, their new business was fully operational. They say their BCIT education made it easier for them to launch so quickly. 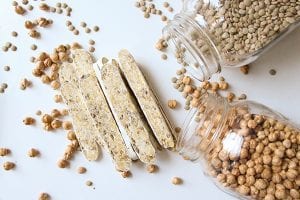 “Our product is different from other food products out there,” explains Ariela, who has a background in business and chemistry. “Our process is fermentation, which isn’t very common. So when we started getting permits and developing the operations side, our BCIT education really helped. All the food safety and advanced business knowledge played key roles.”

“BCIT gave us quite a head start,” concurs Andrew. “The instructors were extremely supportive, even after we graduated. When we had questions, they helped us out. Even if we needed anything now, I know they’d help us. That really speaks to how relevant and current their experience is too.”

When Ariela and Andrew first launched their business, tempeh was a niche product that you might find a specialty health-food stores. Up until that point, the only tempeh you could buy was vacuum-sealed, pasteurized, and frozen. Ariela says Tempea’s product is made and sold unpasteurized, unmarinated, and fresh (never frozen)—just like it’s done in Indonesia. For the consumer, that means better quality, firmer texture, nuttier flavour, and better cooking results.

Three years later, thanks to a rise in plant-based eating and a lot of hard work on Ariela and Andrew’s part, Tempea tempeh enjoys a growing client base and is making regular appearances on local restaurant menus. They have also diversified their product line to include chickpea-lentil tempeh and a veggie pâté. Andrew says Tempea is currently the only company in North America to sell fresh, unpasteurized tempeh.

Their business is growing. The company currently employs seven employees in the kitchen, distributes to 30 retailers and restaurants in Vancouver, and also sells product directly to the consumer online. Tempea keeps Ariela and Andrew busy 24/7, but like all successful entrepreneurs, they are committed to their vision and it shows.

“We want a strong base here in Vancouver, and are looking at a couple of different options in terms of how to grow,” says Andrew. “But being able to provide fresh, high-quality tempeh will always be our primary goal.”