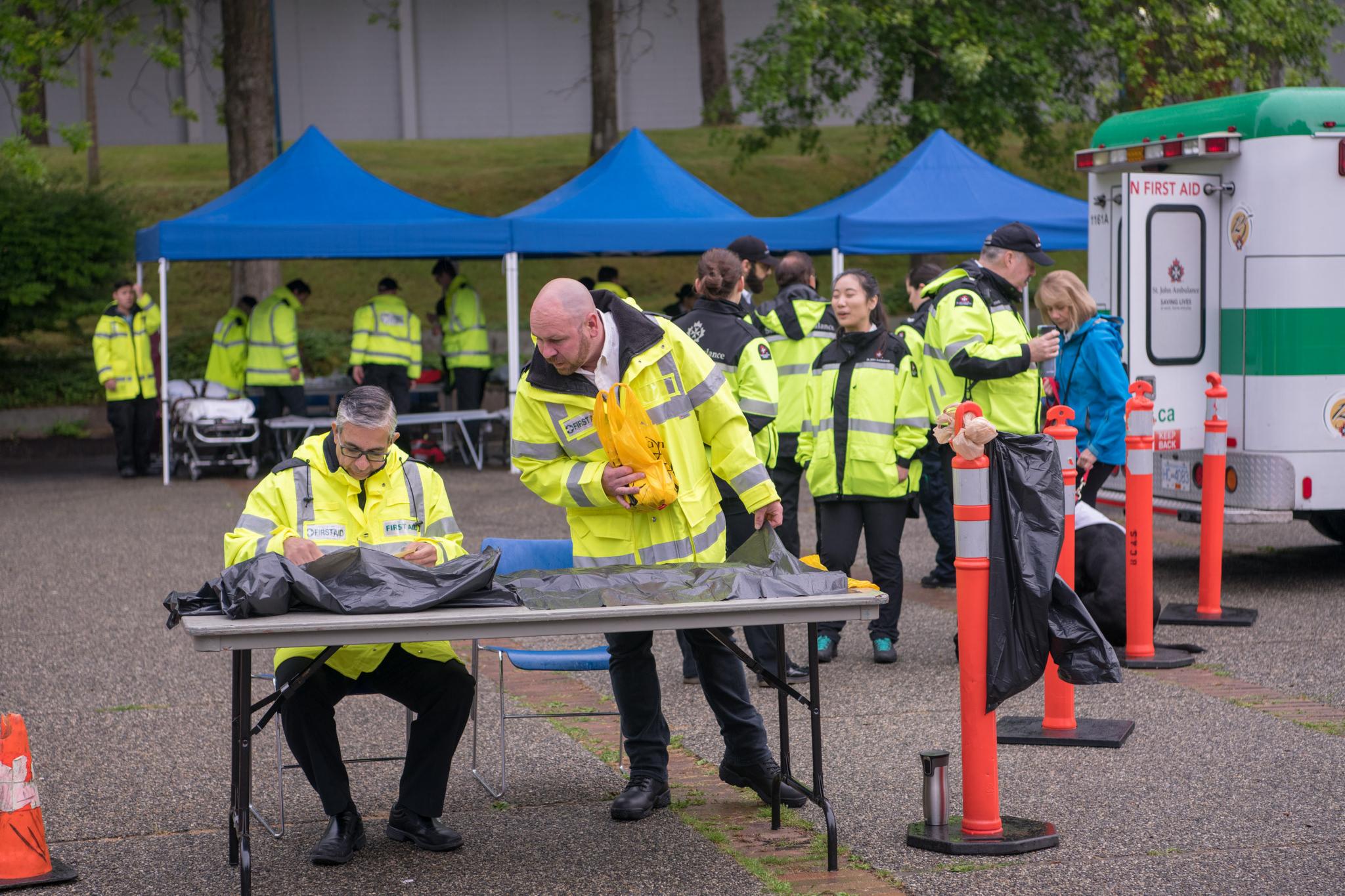 Major earthquake scenario takes place on campus
A massive earthquake shook the BCIT campuses this past week – on paper. Almost 200 volunteers played into the scenario created for the biennial BCIT Disaster Day.

Staff, faculty, and employees joined forces with St. John Ambulance, Burnaby fire department, and RCMP in the exercise. The City of Burnaby and other post-secondary institutions also came out to watch the disaster unfold in real time.

The exercise aimed to provide an important opportunity for members of the BCIT Emergency Operations Teams to practice essential skills to prepare for a real emergency. A fully-functional Emergency Operations Centre (EOC) and Incident Command Centre was also deployed to simulate an actual response to an emergency.

St. John Ambulance set up a triage centre to assess victims’ injuries that had be made to look real with a little makeup magic. An emergency shelter was also set up to provide a safe place for those stuck on campus, including their four-legged friends.

Check out the photos from the day 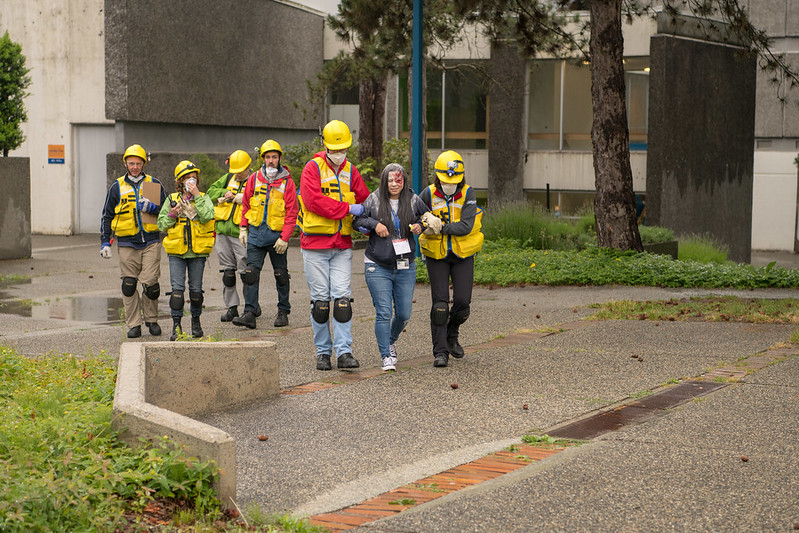