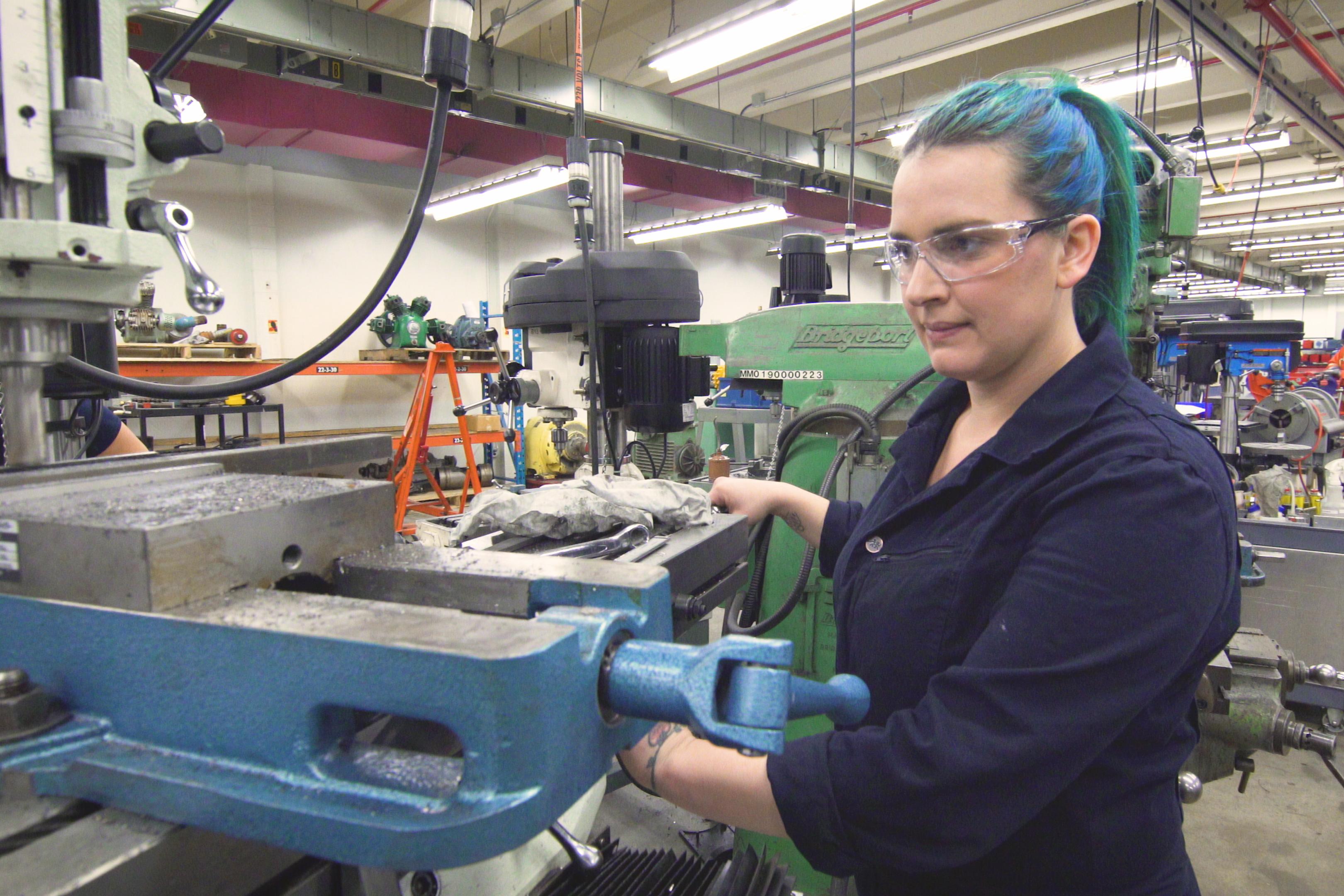 Earlier this month, the BC Government announced support for initiatives to help remove barriers for women wanting to enter the trades. The announcement outlined $1.8 million in funding that will be utilized for initiatives including; outreach and mentoring, workplace culture training to address bullying and harassment, development of workplace policies, and employee recognition programs.

“Removing barriers to women’s participation in the trades is part of achieving gender parity in our society,” said Melanie Mark, Minister of Advanced Education, Skills, and Training. “An inclusive workforce is about building a better B.C. and meeting labour-market demand.”

BCIT Electrical Apprentice alumna, Lisa Langevin, is a member of the BC Tradeswomen Society – the organization that spearheaded the research on the specific barriers for women wanting to enter the trades. That research was presented to the government and was ultimately selected to be funded.

“I went to a conference called Women Build Nations, and before the conference I was okay with the idea that most women aren’t interested in working in trades. But after seeing 1200 women at the conference who are extremely passionate about their careers, I knew there must be more women who would be interested. That’s when it clicked that there are way too many barriers for women in trades.” It was that formative moment that set the ball rolling for Lisa’s efforts with the BC Federation of Labour.

Rachael Keeley, a current Millwright apprentice student, is also a member of the BC Tradeswomen Society. “I took the intro-to-trades program at BCIT before deciding on pursuing Millwright and I’m so glad that I did because it gave me the tools and hands-on experience to find the right trade for me,” said Rachael. “Right now the perception is that trades aren’t for smart people which is completely untrue. I hope these initiatives change that.”

BCIT Trades Discovery Program Head, Tamara Pongracz, said that, “BCIT has a long history of encouraging and supporting women in trades. The majority of tradeswomen in BC today are alumnae of BCIT. Kudos to the tradeswomen in BC who made sure their voices were heard and thank you to the Provincial Government for listening. Equal opportunity and inclusive workplaces are what we wish for everyone.”

BCIT offers a 16-week introduction to trades course for women who are eager to join the industry but want to explore the variety of trade options available. With the increasing need for skilled trades workers it comes as no surprise that 96% of BCIT apprenticeship are employed upon graduation.