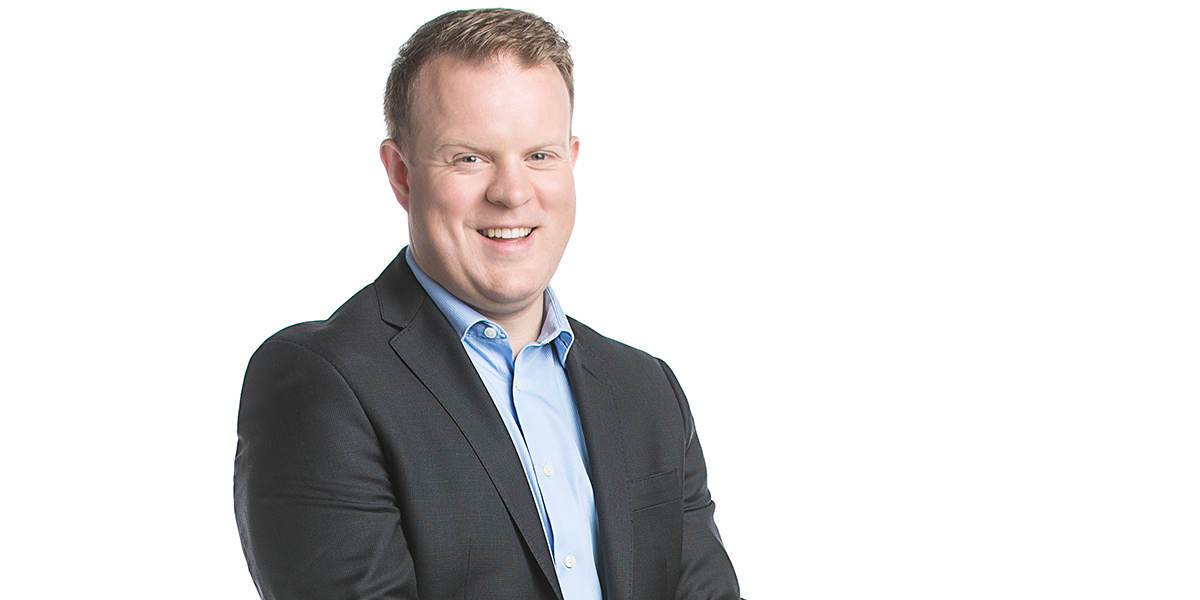 “When I was a kid, Pavel Bure was my hockey hero,” says Brendan Batchelor, BCIT Broadcast Journalism alumnus. “Now I get to work with people I looked up to like Corey Hirsch, whom I used watch on TV. It’s a dream job.”

From the time he was four years old stickhandling a tennis ball while narrating his own play-by-play in his parents’ Coquitlam driveway, Brendan had always wanted to be on an NHL team. Now, he is—not on the ice as a player, but on the air as the Canucks play-by-play radio announcer for Sportsnet 650, along with former Canucks goaltender Corey Hirsch.

It’s a career that perfectly combines his love for hockey and his skill for talking. But it takes much more than that to succeed.

“There is a ton of research that goes into the broadcast before walking into the booth,” he explains. “I spend an average of three to four hours prepping for every game, making sure that I know all the players and their stats. It’s like studying for a test and compiling notes and the broadcast itself is the test. It’s always better to be over-prepared. You have to be able to provide analysis for the game, to be able to paint a picture for the listener.”

Brendan says BCIT helped him fine-tune the work ethic he draws on for every broadcast he does. “In the Broadcast Journalism program, you have to put in a lot of work and hours. Coming out of school, I learned that you have to work hard to get where you want in this industry.”

Before landing his dream job (which was previously held by legends including John Shorthouse, also a BCIT alumnus, Jim Hughson and Jim Robson), Brendan paid his dues. Following the advice of one of his Broadcast Journalism instructors and before he even graduated, he began job-shadowing people in the industry, doing free internships and taking any shifts that were available. Then, he started broadcasting for junior league hockey teams. By the time the opportunity for the Canucks play-by-play announcer came up with Sportsnet 650, he was ready for the job. The program director who was hiring for the position, Craig MacEwen (also a BCIT Broadcast Journalism alumnus and for whom Brendan had interned while at BCIT), thought he was, too.

In addition to hard work, Brendan says networking is a big part of his success. “You have to really put yourself out there to get rewarded. There’s an element of being in the right place at the right time, and that’s what networking can do for you. BCIT helped me see that.”

Networking doesn’t benefit just those who are climbing the ladder. For Brendan, connecting with people is an opportunity for those with more experience and in more senior positions to give back.

“I believe in mentoring,” he says. “Broadcasters from some of the junior leagues that I worked in will reach out to me for advice. I’m always open to helping them because a ton of people did that for me.”

Learn more about the School of Business or Broadcast and Online Journalism on the web.

Or find out more about a career in this field by attending the Broadcast Journalism Info Session hosted by CHEK News in collaboration with BCIT’s Broadcast and Online Journalism program. Speak with BCIT instructors, meet with CHEK News personalities and tour the newsroom! It happens on Thursday, February 22, at 7 PM at CHEK TV Studios, 780 Kings Road, Victoria. Admission is FREE, but please register online.