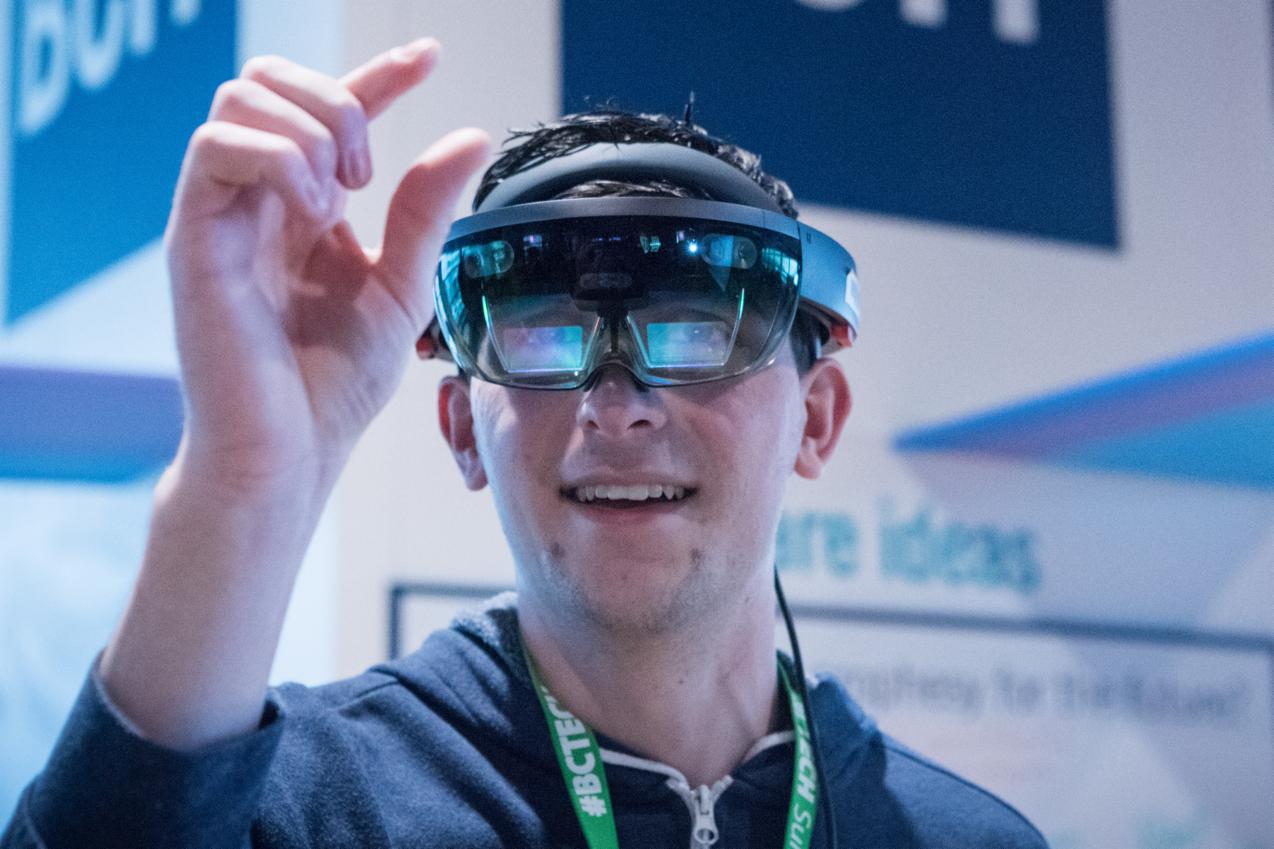 When Vince Piva saw a 3D scanner a few years ago at a technology fair in Las Vegas, the BCIT instructor immediately realized its potential as a learning tool for teaching his automotive service technician students. Little did he realize just how important this technology would prove to be at the institute. “We’re just scraping the tip of the iceberg in terms of what we can do,” he says.

A technology that allows instructors to make exact digital copies that can be explored in a virtual 3D world on a tablet or laptop is an important teaching tool in and of itself. But it’s how the high-tech device is being paired with virtual reality and augmented reality (sometimes called mixed reality) technologies that is opening up a new realm of possibilities for students to gain a deeper understanding of the subject matter.

Among the first objects scanned was an automatic transmission. Very soon afterward, Piva and other instructors began to understand the enormous scope of its potential. Not only could students explore, disassemble and re-assemble the virtual transmission on a laptop – getting important experience prior to working on the real deal – they could also use Microsoft HoloLens glasses to tinker with the virtual transmission in augmented reality, essentially manipulating a 3D hologram overlapped onto the actual world. “Basically, you’re wearing these special glasses and you can disassemble the transmission live, and virtually hands-on,” Piva says.

Until now, the school has only used these technologies on a trial basis for the automotive program, but BCIT aims to incorporate these technologies into regular curriculum this fall. If the students who test drove these technologies last semester are any indication, VR and AR will be a much welcome addition to the classroom. “These students were so gung-ho about the experience that they really couldn’t get enough.” Piva adds that going forward, providing BCIT students with as much opportunity as possible to use VR and AR is a key objective. “There are not that many people using this technology yet, even in the automotive industry, so we want to be proactive rather than reactive, making our students experts not just with the automotive technologies of today, but tomorrow as well.”