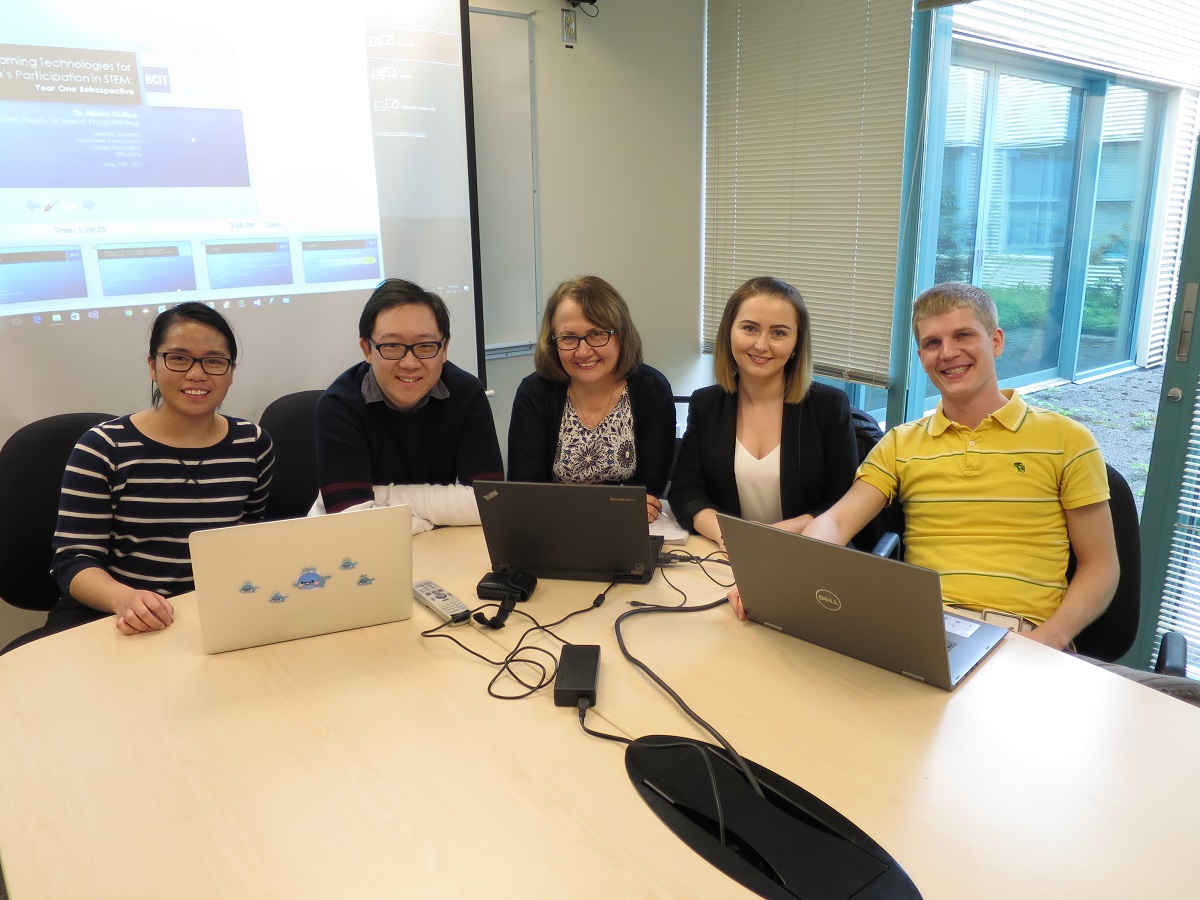 As the Option Head of the Computer Systems Technology (CST) Diploma’s Technical Programming Option, Dr. Mirela Gutica grew concerned that while female students were doing well in the program, there weren’t many of them. Why the gender gap?

The comparatively low numbers of women entering computing programs and going on to IT careers is a problem beyond BCIT Computing, and Mirela grew increasingly curious about the reasons behind this pattern. After finishing her PhD in technology education, she turned her research lens to focus on why girls might not select tech careers, and what supports might be developed to reverse this disinterest.

Along with a team of research assistants, she’s delved into topics including stereotypes, influences and role models, engagement in work (“flow”), and fostering inclusive teamwork in projects.

This past summer, Mirela was honoured to present at the International Higher Education Teaching and Learning Association’s annual conference (HETL 2017), at the University of the West of Scotland in Paisley. The theme of this year’s conference, Creating Inclusion and Diversity in Higher Education, was nicely aligned with her research and teaching interests.

Key career choice influencers are parents, older siblings, teachers in elementary or high-school, and family friends. The satisfying experience of “flow” during solving computer problems was reported equally by all genders.

As part of this study, using her background in computer engineering, she’s led a project to build advanced learning technologies that could improve female participation in Science, Technology, Engineering, and Math (STEM) programs and careers. She and her team have even begun integrating augmented reality (AR) tools, with CST students Andrew Busto and Lancelei Herradura working on developing a Hololens prototype game to increase girls’ interest in computing.

She also presented a second study, “Fostering Inclusion through Teamwork in a Large-Scale Capstone Project.” Mirela explains: “the highlight of my teaching model is a large-scale capstone project in which students collaborate, communicate and work together towards the same goal of designing and implementing a complex project.”

Students – both female and male – often report that the project experience was a highlight of their program. “They tell me ‘working with so many people was unique and rewarding.’” So, in 2015 she conducted a study with her cohort group to evaluate the effectiveness of the teaching model she’s build and progressively honed over the years.

Mirela’s work has also connected her with an international working group which seeks to identify early developmental activities which lead to computational thinking skills. This work took her to Bologna, Italy for the Conference on Innovation and Technology in Computer Science Education (ITiCSE) to meet with the international members of the working group in person for the first time and to help present their findings.

The group collected data from more than 1300 people in multiple countries, focusing on enjoyment of childhood activities, toys, and games, as well as later life experiences with computing. They found some childhood precursors that impact confidence with technology including reading on one’s own and playing with construction toys with no moving parts. They hope to further study these issues to delve into possible links to later use of more advanced technology.

In the meantime, Mirela will continue to be a strong mentor for females in computing at BCIT.