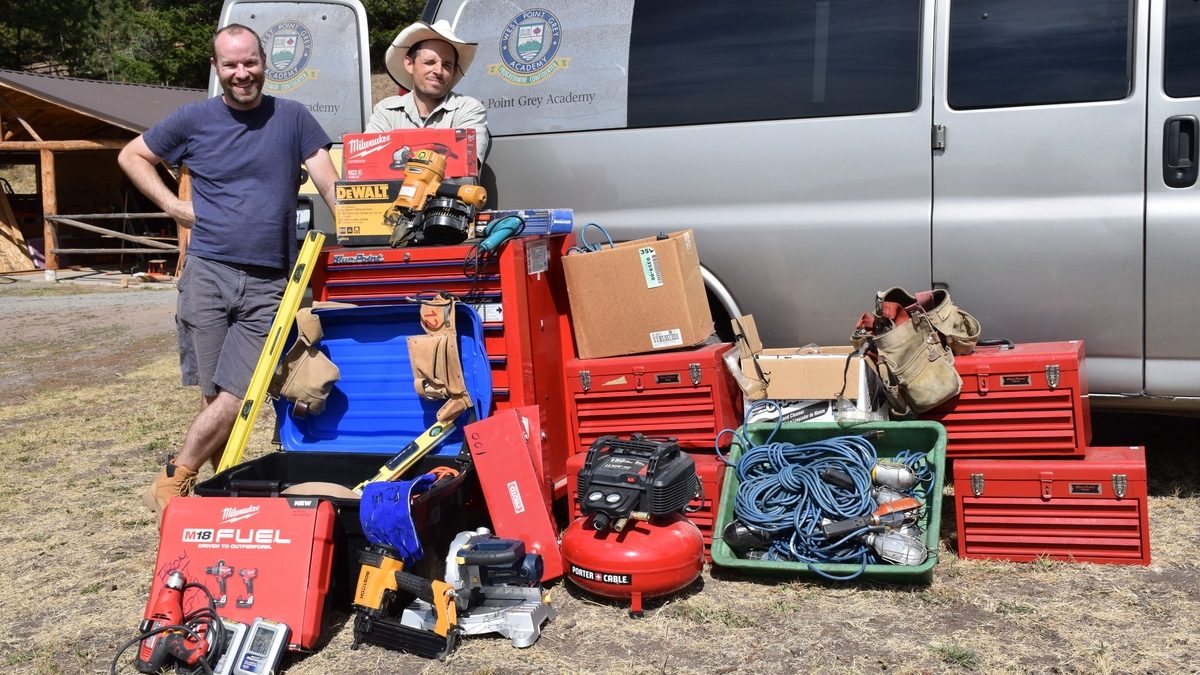 When BCIT Trades Access Instructor Jesse Darnell learned about the devastating wildfire that had torn through the Ashcroft Indian Band reserve, he knew immediately what he could do to help.

Jesse had first heard a CBC Early Edition interview with George Harvie, “Jack-of-all-trades” for the reserve. George had expressed that although there were dozens of band members with the expertise to re-build and make repairs across the reserve, many of their tools and equipment had been lost in the fire.

First combing through his own garage, Jesse figured that BCIT, as the largest trades trainer in Western Canada, would surely have staff and faculty with their own used tools stockpiled.

After putting a call out on the BCIT intranet, the donations starting piling in.

Wrenches and toolboxes from Automotive instructors, saws and hammers from Metal Fabrication instructors, and welding equipment from tool room attendants. “People just kept calling and calling, asking if I was still accepting donations,” said Jesse. “I knew pretty quick we were going to need more than a truck to get everything up there [to the reserve].”

As it happened, his cousin Patrick Spencer had access to a big vehicle, but it was going to be a little unorthodox. Patrick works for West Point Grey Academy, and volunteered his driving services, and the private school passenger van, with the addendum that they had to be back before the start of school.

With a little creativity, the men crammed the hundreds of pounds of tools and equipment into the van and set off on the 300 km drive to Ashcroft.

Jesse says that it was eerie driving onto the reserve. “You go over a hill and all of a sudden it’s all black. You don’t even know what you’re looking at — pictures on the news definitely don’t do it justice.”

Amazingly, they were able to drop the tools off directly with the man who started it all, George Harvey whom Jesse had originally heard on CBC. The men also met with Chief Greg Blain, and Jesse expressed his desire to do more for the Band.

“I didn’t want to just donate and then drive off into the sunset,” says Jesse. “There are lots of certified tradespeople in Ashcroft, maybe we can look at sending electrical students up to get their apprenticeship hours while also helping with the rebuild.”

The BCIT community is very proud of Jesse for organizing this initiative and grateful to the staff and faculty who stepped up to donate. “If you ask the BCIT community for help, they will help,” says Jesse. “Everyone pitched in to offer their own little part of what they could do, and together we demonstrated what BCIT is capable of”.

Tags: School of Construction and the Environment, School of Transportation