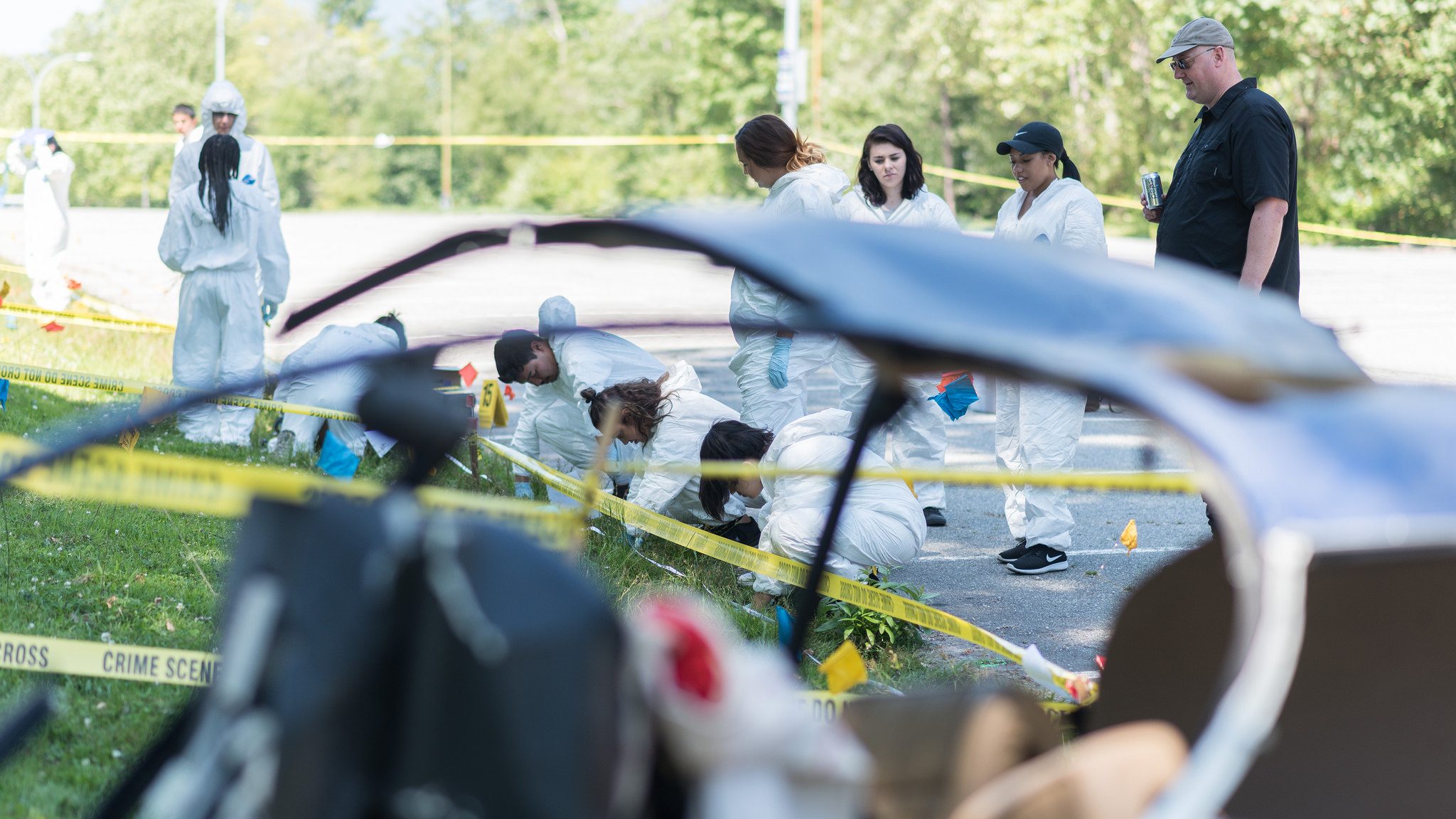 It might have looked real, but don’t be fooled. The crashed helicopter scene was all part of a two-week field school hosted by the BCIT Forensic Science and Technology department. Skeletal remains, blood-stained clothing, and faux-drugs were all part of the elaborate set-up.

The students were kitted-out in full biohazard safety suits as they investigated the scene, examined the remains, and collected forensic evidence.

Over the next two weeks, the students will work to analyze the evidence they’ve collected — talking to local experts in toxicology, entomology, police work, forensic engineering, and more. The Californians will come away with a better understanding of the Canadian judicial system, as well as a more nuanced understanding of the hard work behind crime scene investigation and forensic analysis.

Dean was instrumental in the founding of the BCIT Forensic DNA Laboratory — home to the most comprehensive forensic investigative programs in the country. Just last year the lab received accreditation from the Standards Council of Canada—the same level of accreditation held by the RCMP’s Forensic DNA lab. BCIT is the only academic institute in Canada to hold this distinction. 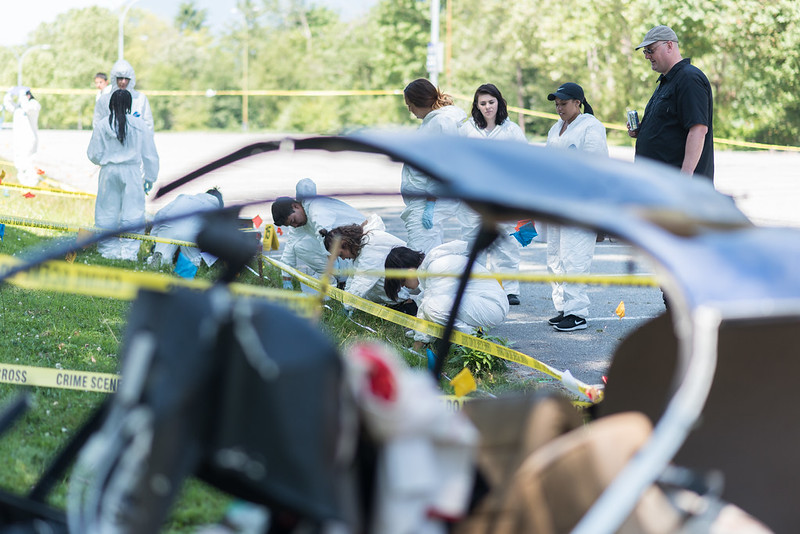