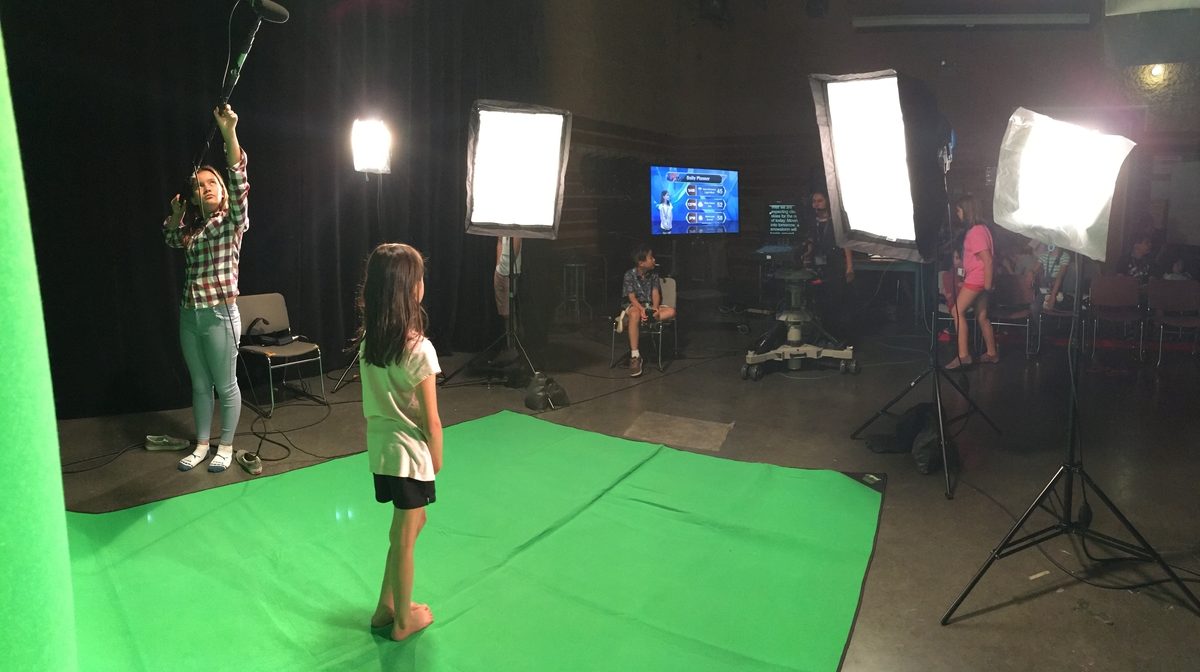 As the old TV trope goes, “never work with children or animals”. Well, we broke at least half the rules this summer as dozens of young broadcasters took over the television production studios at the BCIT Burnaby Campus.

The budding newscasters, ranging in ages from 8-12, produced their very own TV show at this year’s first BCIT Broadcast & Media Summer Camp.

Under the careful instruction of BCIT Broadcast and Online Journalism faculty, the students got hands-on experience in a variety of roles. Learning a mix of skills both behind, and in-front of the camera, all the kids took part in camera production, reporting, writing, on-camera anchoring, and green-screen weather reporting.

“Some people think career opportunities in this area are shrinking, but the opposite is true,” says Mary Kay Thurston, Broadcast and Online Journalism instructor. “It’s a quickly expanding, ever-evolving field. We are incredibly passionate about our industry so it’s fun to pass that enthusiasm along to young kids and to hopefully inspire them to consider this as a rewarding career choice.”

The results of the week’s hard work speak for themselves. It’s simply impossible to watch the kid-produced shows without smiling ear-to-ear. There is a lot of laughter recorded, but also an impressive focus and skill-set shown by everyone involved. Both parents and kids have responded to the camp incredibly enthusiastically, and are already asking about future broadcast camp opportunities.

The camp is over today, but if you missed out — don’t worry! Plans are already in the works for next summer’s kids camp options and there’s a rumour of adult camp options as well.