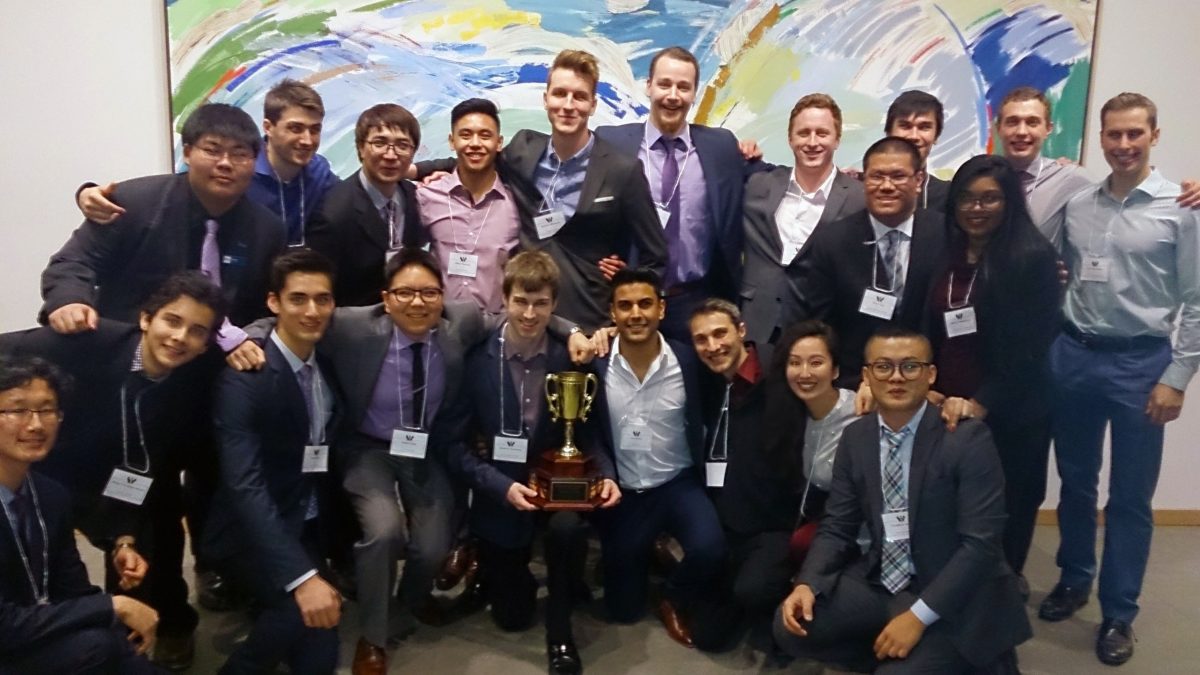 This month, a group of BCIT engineering students traveled to Banff, Alberta to compete in the 2017 Western Engineering Competition. They came home victorious. The team placed in the top three in three out of seven categories—furthering BCIT’s impressive track record at the annual competition. BCIT was the only polytechnic among the dozen schools that competed.

Last year, our students took to the podium four times and won the Spirit Award for their collegial attitude. They promise to impress again in 2018: at the end of the weekend it was announced that next year’s WEC will be hosted by BCIT—the first polytechnic to earn the honour in the competition’s 32-year history.

Next year’s team will have big shoes to fill. The 2017 group took first place in the Innovative Design competition. According to the WEC 2017 website, “this category can be one of the most technical categories at WEC. A team of 1-4 students must present a ground-breaking solution to a problem of their choosing. … The solutions are expected to be fully researched, developed, and in most cases prototyped by the date of the competition.” BCIT students Aaron Rendina and Josh Stuart won with their amazing elastoKERS bicycle wheel.

Teammates Dean Tamboline and Amy Takeda took second place in the Engineering Communications category with their awesome presentation on superconductors. “We brought our skill sets together as a team,” says Amy. “We worked hard in preparation for WEC. We’re excited to be finalists.”

Andrew Ydenberg and Alex Tivy won 3rd in the Impromptu Debate competition by exhibiting intelligent arguments and quick thinking. “Debate was exhilarating,” says Alex, “from receiving the topic to picking a view to argue it from and then fighting for it with only 10 minutes to prepare, really is a true battle of wit.”

Based on their performances, Dean, Amy, Aaron and Josh have qualified for the Canadian Engineering Competition in March. Congratulations!

The Western Engineering Competition is Canada’s largest undergraduate engineering competition and is an annual, 3-day event which involves 12-14 universities from across western Canada. It was founded in 1985 with the purpose of bringing talented students together to practice and exhibit their problem solving, team-building, and communication skills. The competition consists of 7 categories with the contestants hailing primarily from the civil, electrical, mechanical, and mining engineering disciplines. These categories in which teams / contestants will compete in are: Junior Design, Senior Design, Innovative Design, Engineering Communications, Consulting Engineering, Impromptu Debate, and Re-engineering. Each category at WEC is judged by industry professionals and whichever team / contestant wins there, will advance to the Canadian Engineering Competition.

Tags: Events, School of Construction and the Environment, School of Energy