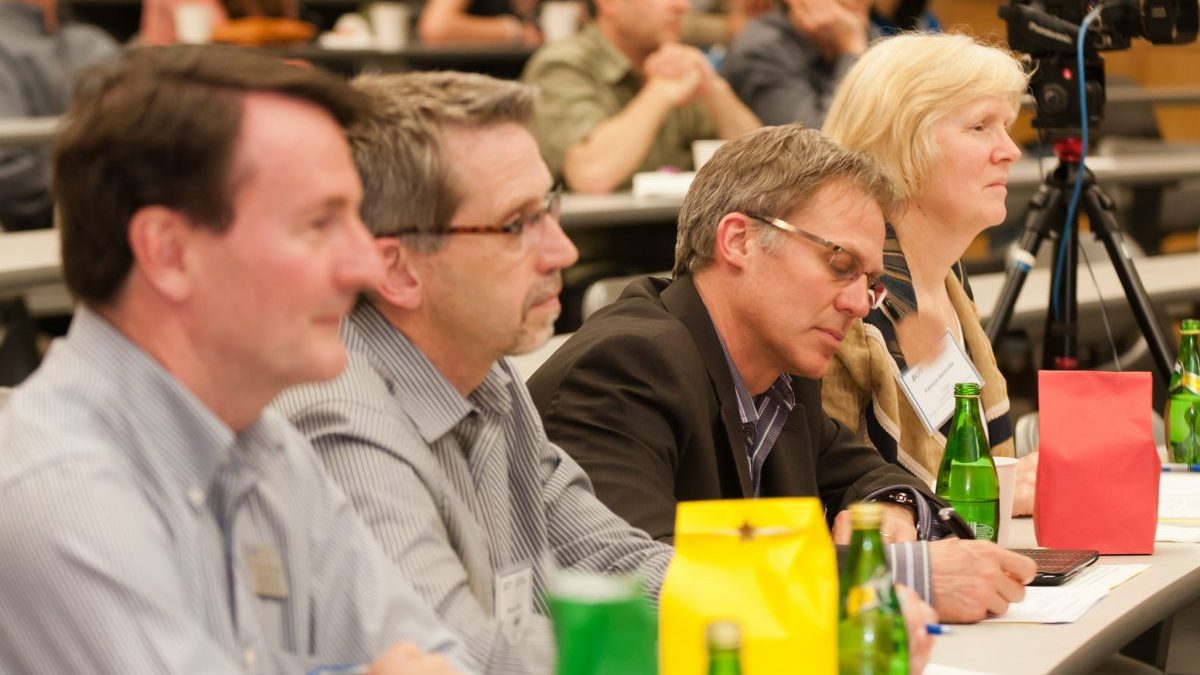 The finals for the annual Presentation Idol took place March 30, with eight excellent presentations from engineering students. Topics ranged from carbon capture to technological enhancements for the visually impaired.

Now in its sixth year, the interdisciplinary contest enables BCIT students to showcase technical communication at its best.

Tom Roemer, BCIT’s VP Academic, gave introductory remarks about the importance of communication skills in the workplace. Attendees included students, staff, family, and some special guests from a nearby retirement residence, one of whom attended BCIT its first year, and even a TEDx speaking coach.

Entrants this year came from a wide variety of programs including Computer Systems Technology and Biotechnology.

Keith Sashaw, President & CEO of ACEC-BC, reported “I enjoyed the presentations and am very impressed with the caliber of all presenters.”

In the end, first place — and the accompanying $1000 — went to Navtej Heir, from Electrical Engineering for his presentation, Internet of Things: A Brave New World.

Second place finisher Reza Filsoof, also from Electrical Engineering, described a prototype his team is developing for an Enhanced White Cane for the Visually Impaired. He took home $700.

Isabella Wong from Civil Engineering impressed the judges and took home third place and its $400 prize for her presentation, Aging Steel Truss Bridges: Emerging Monitoring Method in the US.

The audience was not just there to watch the show — they got to hand out prizes and money, too. Their first-place choice was Isabella, who got another $500 for her efforts. Navtej Heir received $300 as their third choice. The audience defied the judges with their second place choice, however, awarding the prize and $400 to Kevin Hong from Electrical and Computer Engineering for his presentation, 3D Printing: The Future of Construction.

Rumour has it some students are already planning their topics for next year.

Thank you to all the sponsors and judges, as well as all the staff and faculty who made this year’s event such a success.