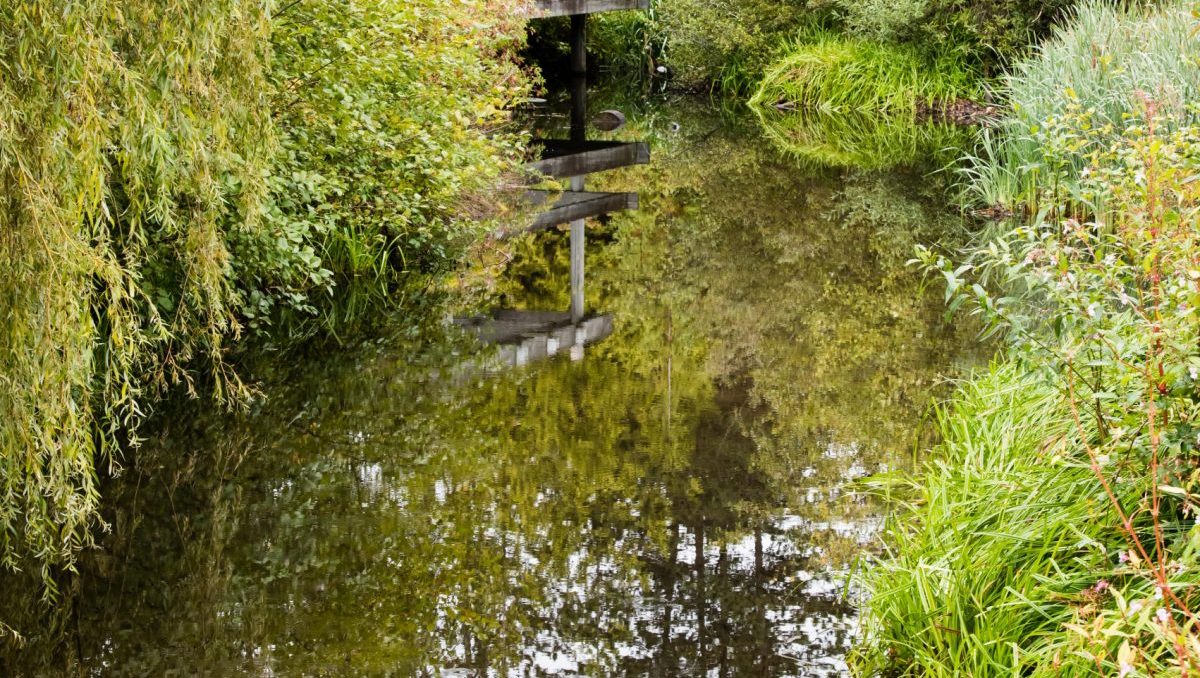 Earth Day is fast approaching, and BCIT has a couple of fun things in the works to mark the environmental date. We will rip out some invasive plants, and then we’ll give out some prizes.

BCIT is running an Earth Day contest, with a prize pack up for grabs.

From Wednesday, April 20—running through Earth Day itself on Friday, April 22, and through the weekend—is a social media contest. Post how you’re protecting, honouring or simply appreciating the earth and you could win a pile of prizes.

Share shots of yourself recycling, hiking, or smelling the roses—anything that shows how your respect or honour the earth—with the hashtag #BCITEarthDay.

The following earth-friendly basket of goodies is up for grabs, care of the BCIT Green Team. The winner will get to hug the earth and these fun items: a ($40) BCIT hoodie; a ($60) LED task lamp, and a bag of small LED light bulbs; a reusable water bottle; and, a Fortis BC blanket. They will then be able to toast Mother Earth at Professor Mug’s pub—with a $50 gift certificate, care of the BCIT Student Association.

This contest follows a fabulous event on campus that helped clear a path for birds and bees alike.

On Wednesday, April 20th, the community gathered to dig in and remove the invasive Himalayan blackberry from the banks of Guichon Creek. Leading the attack were students from the Ecological Restoration and Renewable Resource programs.

“Invasive species are the greatest threat to biodiversity after habitat loss,” explains Mae Whyte, a student in Fish, Wildlife and Recreation Year One. “Although Himalayan blackberry in the Pacific Northwest is often considered too pervasive or naturalized to manage, it is important to try.”

“It’s important to remove the blackberry,”echoes Joanne Turnbull, a BCIT Landscape and Grounds Supervisor. “It’s is a robust plant that out-competes other native species, creating impenetrable thickets that limit animal access to the water and nesting sites.”

“Replanting native species is important to ensure food and shelter for wildlife, and monitoring is critical to evaluate our success,” further explains Whyte.

Guichon Creek is habitat to Canada Geese and Mallard Duck pairs, which produce offspring each spring on campus. The blackberry thickets will be replaced with native species that both increase slope stability and produce flowers for pollinating bees.

Coffee and sweet treats helped fuel the manual labour. Experts were on-site to answer your questions about invasive species and why we should remove them.  The Landscaping team from BCIT Facilities provided tools and participation prizes!