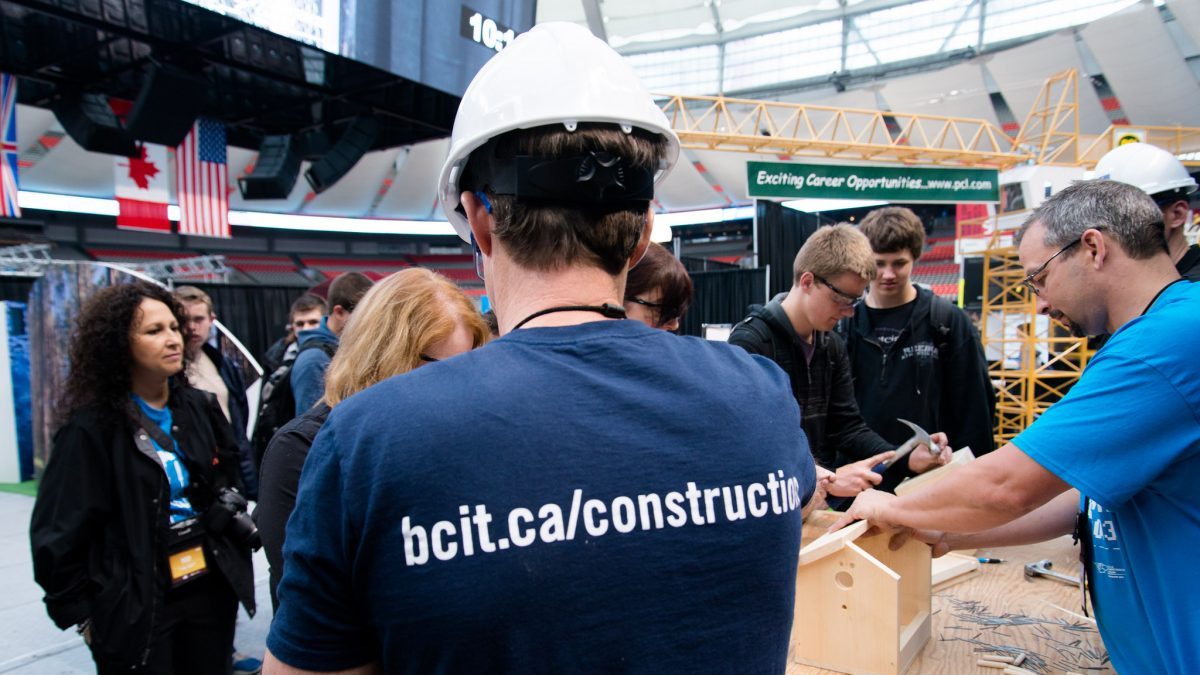 BCIT students took home an impressive seventeen medals from the Skills Canada BC Provincial Competitions held on April 13 at Tradex in Abbotsford, BC. The not-for-profit Skills Canada BC hosts the Olympic-style competition each year in an effort to promote trades and technology careers to BC youth.

More than 600 students competed, including students from BCIT’s School of Energy, School of Transportation, and School of Construction and the Environment.

Gold medals were awards to six BCIT students in categories including Automation and Control, Precision Machining, Cabinetmaking, and IT-Network Systems Administration. Each gold medal winner is automatically qualified to complete in the national Canadian Skills Competition this June in Moncton, NB. Winners from the national competition will be considered for inclusion on Canada’s national team, which will compete at the World Skills Competition in Abu Dhabi in 2017.

Skills Canada BC award-winners from the BCIT Electrical program also made a special guest appearance at the legislature in Victoria this month for the second anniversary of BC’s Skills for Jobs Blueprint. Minister of Jobs, Tourism and Skills Training Shirley Bond marked the occasion with the announcement of almost $8 million in funding over three years for pre-apprenticeship training programs.

Tags: Events, School of Construction and the Environment, School of Energy, School of Transportation