Everyone can relate to the child banging away on pots and pans in the kitchen trying to make something musical. Or, more likely just something loud and annoying. The joy of drumming and experimenting with new sounds is engrained in human culture for as long as it has been recorded, and a local artist is taking it to the streets for the next step of this musical evolution.

Musician Ben Brown has made it his mission to play Vancouver as his instrument this year, titling this project “Sound Sculptures,” and his work is coming to its finale this month. Brown has selected four public structures to play like a percussion instrument: Dragon Skin Pavilion (UBC), Gate to the Northwest Passage (Kitsilano), Solo (Coal Harbour), and The Swimmer (Vancouver Aquatic Centre).

Brown’s journey to explore the “playability” of the city is at its climax after practicing on and learning the ins and outs of these structures for nearly a year. He is now playing four live shows, one every Sunday at one of each of the four structures he has learned to play. His first performance was yesterday, the 12th at the Dragon Skin Pavillion. Footage of his work is already available on his instagram @benbrownsounds

Ben’s next show will take place on Sunday the 19th at the Gate to the Northwest Passage at 3:00pm. The show will also feature a live dance performance from two local studios, All Bodies Dance and Dancing the Parenting. This event is free to attend and is an incredibly creative and unique way to spend a Sunday afternoon. For more information on Ben and the event, check out his website here.

In February of 2021, popular electronic band Daft Punk announced they were finished as a band after 28 years together.

This news was heartbreaking to many lifelong fans, the end of an era. These fans have spent the better part of 2021 looking back on the band’s legacy, and Vancouver fans will have an incredible opportunity to enjoy the band one last time on Saturday, September 18th.

Live at the Imperial, Concept Eventz and Alternative Symphony present an orchestral rendition of Daft Punk’s greatest hits. The event will kick off at 8:30pm, and will feature a wide range of musicians, from trumpets to DJs, coming together to pay tribute to the legacy of Daft Punk. Everyone preforming on stage are daft punk fans, an authentic and quality experience can be expected. Tickets are still on sale for $60 each, proof of vaccination will be required at the door. Obviously, being a tribute event, Daft Punk themselves will not actually be present.

On February second, 2021, the Daft Punk duo announced they were splitting up via an eight minute YouTube video titled “Epilogue.” To date, no reason has been given as to why they have decided to go their separate ways after 28 years. Songs like “Get Lucky,” “Harder, Better, Faster, Stronger,” “One More Time,” and “Around the World” have become culturally iconic during the bands run. All of these songs and more can be expected to make an appearance live at the Imperial this weekend. You can find tickets here, get them fast as attendance is limited due to covid restrictions. 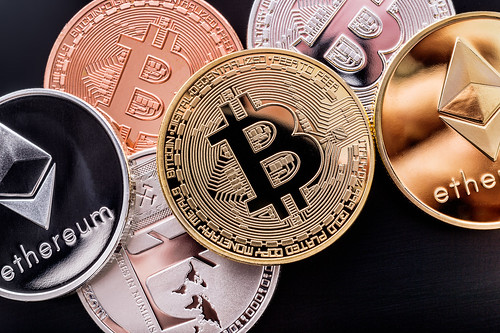 Almost everyone has tried something new over the pandemic. Some people picked up a new hobby, some a new interest, others assembled supercomputers to to mine cryptocurrency. Different strokes.

Taylor Braet, a BC native, discovered the world of cryptocurrency when investigating the stock market earlier in the pandemic and realized he may have a buck to be made. Since, he has been using it to help make up for the job he lost due to the pandemic.

“How it started out was a friend asked me if I was interested in stock market trading. I gave that a whirl and that didn’t really work out and I realized what the crypto market has been doing. I crunched the math and realized, wow, I could make a little bit of money doing this.”

Braet started to look deeper into the crypto market and it was not long before he was building his own computer to mine with.

Still upgrading and adding graphics cards to his computer, Braet has spent an estimated $20 000 on parts. He is making the equivalent of a minimum wage job off his operation and is reinvesting back into the machine. 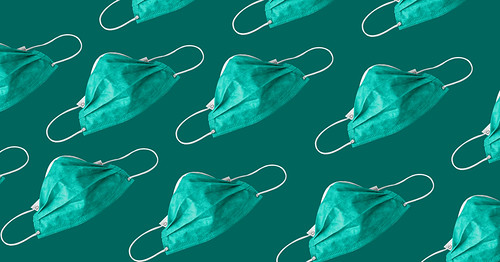 While BC continues to roll out the first dose of vaccine to its people, gathering & travel restrictions and mask mandates across the United States are starting to lift. Sporting events are seeing thousands return to the stands, and indoor masking is becoming less common.

The latest state to open up is Pennsylvania. On Tuesday, the Pittsburgh Penguins played a playoff game in front of a crowd of nine-thousand people, something that feels like a distant dream to Canadians. Chad Schies, a Pennsylvania local and social studies / political science student is loving his first week of returning to normal living.

“Its been pretty good, the only remnants of it are just what we hear in the media from other areas. Some people wear masks, but a lot of the people now just don’t, and we just kind of go about business like normal. It’s cool.”

Pennsylvania has a population just under 13-million. In that population, five million people have been fully vaccinated, and another five million have one dose. We get closer to these freedoms with every Canadian who receives their vaccine. The BC government is now allowing those born in 2001 and later sign up for their first dose, if you have not done this yet you can sign up here in under five minutes.

While many areas of Vancouver’s economy have struggled through the pandemic the local acting scene is at an all time high, according to 2021 Vancouver Film School graduate Chris Byron.

“Well actually, surprisingly, the acting particularly here in Vancouver is booming right now. Vancouver is actually busier than it has ever been, it is difficult to break in but as soon as you get in now, you are working steadily.”

The pandemic caused backlog in new movie, television, and commercial productions, that dam is breaking. Despite being fresh out of film school this spring, Byron found himself featured in Toyota Canada’s newest advertisement which first aired on May 17th, two days ago.

If you are interested in television acting, now may be the best time to try your hand in the field. 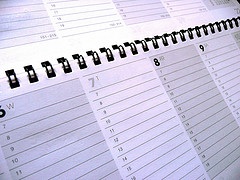 The Western Hockey League’s shortened season came to a close last week, but the work for the league and team offices is just beginning. According to Andy Beesley, Vice President of Business with the Prince George Cougars, the league is already far along in the process of finalizing next season’s regular season schedule.

“We are already heavily working on next season’s schedule, in fact it is probably 95% finished, and beyond that what we are facing immediately is how do we plan for a season when we don’t even know if we will be allowed to have fans in the building.”

The uncertainty surrounding next season has not stopped the league from doing all the work they can to be prepared, but not knowing the state of travel restrictions and fan allowance makes the immediate future of the league and CHL as a whole foggy.

Historically, the WHL regular season starts in late September after a multiple week training camp for all of the league’s teams. 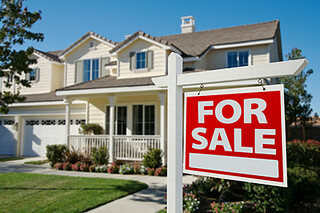 BC’s housing market is still hyper-competitive through April. While sales are down a small amount from march, they are miles ahead of what they have been in years prior. Last month over 13 and a half thousand homes were sold, down from over 15 thousand in March but up from last year where just over 3 thousand were sold province wide.

Caleb Wilson, a Prince George local looking for his first home to start a family in, says he was not expecting this level of craziness and that the experience was miserable. His one piece of advice to those in a similar situation to him is to shoot low in a time where blind bidding is jacking up asking prices on virtually every property for sale.

“I think the biggest piece of advice I would give anyone on purchasing a home is make sure you are going well below your approved rate … look at houses that are below your maximum capacity.”

Sales are slightly down from march to April, but high demand and prices are expected to stay throughout much of the year.

This episode we look into the rising prices of housing across the province and North America, from the largest cities to the smallest towns, and talk to a new homeowner about his struggles with the competitive market.

Everything has been turned on its head by the pandemic, and sports are no different.

As the WHL regular season draws to a close, we take a look behind the scenes with Andy Beesley, the Vice President of Business with the Prince George Cougars, into how the league dealt with the hub season, how life is on the inside, and what comes next.

The Coronavirus Pandemic could be about to claim its next victim: Vancouver’s annual Pacific National Exhibition (PNE). Mayor Kennedy Stewart has called upon Premier Horgan and the BC Government for financial aid as a last resort to save the event. 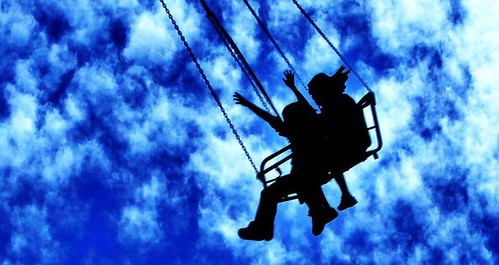 This morning, Mayor Stewart publicly called on John Horgan and the provincial government for 8-million dollars to save the PNE, or else the event as we “now know and love it could end.” This is following the announcement that playland would not be opening on May first as originally planned due to the newest wave of provincial restrictions. Playland is now planning for a May long weekend opening date, whether that is able to happen or not will depend on case numbers and government restrictions.

The annual PNE has been a favorite of Vancouver residents, and people traveling from all across the province for over 110 years. Looking at being unable to operate for a second year in a row, the PNE is facing a projected 15-million dollars of debt.

As a non profit, it was warned that this deficit would take upwards of fifteen years to fully recover from, and could change the events future forever if it does survive. Being a not-for-profit event and organization, the PNE was, and still is, ineligible for government funding and grants.

PNE President and CEO Shelly Frost stated that the PNE annually “provide(s) 4,300 jobs, 9,500 indirect jobs and we generate $200 million in economic impact for the region.”

The loss of the PNE would be a monumental loss. The event has been a staple of Vancouver culture for over a century, year in and year out, and generations of Canadians have traveled from far and wide to enter the playland gates.

Kennedy finished by saying “I sincerely hope that Premier Horgan will come to the table and provide the support that the PNE deserves so that we can look forward to another 100 years of memories.”