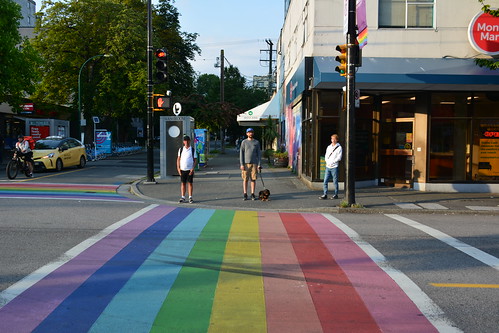 Back in the 1940s, wealthy families moved out of the Davie Street area and into Shaughnessy and Kitsilano; the mansions they left behind in the Davie neighbourhood were turned into high-density housing. This new neighbourhood offered affordable living in a beautiful location, and the high-density housing provided anonymity. All of these factors attracted young gay men across Canada to Vancouver’s West End.

At the time, LGBTQ+ folk lived in fear of being assaulted or murdered due to their self-expression. But living in a high-density neighbourhood allowed them to slip under the radar and create safe spaces for each other.

The community began to flourish in the 70s and 80s after the decriminalization of private displays of homosexuality in 1969. As there was already a small gay community built in Davie Village, more and more LGBTQ+ individuals began flocking to the neighbourhood, wanting to live somewhere where they had a sense of community. And then grew the vibrant gay nightlife that still prospers today. It was also at this time that most of the iconic buildings and shops around Davie Village started to pop up, like Little Sister’s Bookstore.

Davie Village was also the home of Vancouver’s first pride parade; parade-goers marched along one side of the street down from Alexandra Park to Beach Ave and Pacific Street, then Thurlow up to Nelson Park. Now, the Vancouver Pride Parade is one of the largest in Western Canada with roughly 150 entries yearly, and goes around the West End. 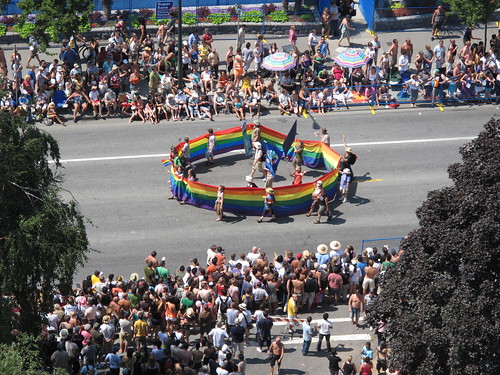 Today, Davie Village serves as the home base for many Vancouver LGBTQ+ organizations like Qmunity and the Vancouver Pride Society, plus so many queer-owned businesses.

Although LGBTQ+ folk have moved out of the neighbourhood and spread around the city, the vibrance of Davie Village (especially at night) has never worn away, and the neighbourhood will always be filled with queer history.