Three instances of theft with the help of Facebook Marketplace has given many people a reason to be cautious with buying and selling products online. All three instances were in a close time frame of each other which gave reason for authorities to believe that these instances may be linked. In one case, a 21-year old man who was selling a used phone to someone he met on Facebook Marketplace was attacked with a weapon and bear spray. He was injured and needed medical attention.

I mean how terrifying does that situation sound? I wouldn’t be surprised if he does not want to sell anything on the platform again and if he suddenly becomes a recluse, we know why. In another case, a man in his 30’s was selling 2 used phones and he was robbed by a teenage suspect. Luckily, no one was hurt in this case and that is the most important thing but it still doesn’t take away from the fact that they were robbed of their possessions. 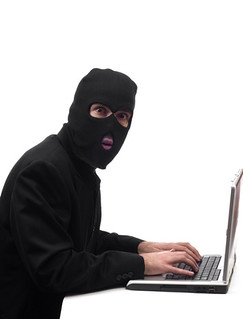 In the third case, which was the scariest of them all, a bearded man described to be in his mid 30’s met with a man selling a designer watch. Only thing is, it wasn’t much of a meeting. The man walked into a cafe, pointed a gun at the seller, took the watch and escaped in a getaway vehicle that was parked outside the cafe.

After a string of robberies linked to Facebook Marketplace, including one at gunpoint, Vancouver police are warning the public of the risks of meeting strangers in-person to buy and sell used goods listed on the internet. https://t.co/cHIyHlIAkO

In all these cases, people used Facebook Marketplace to set up a sale and they all got screwed over. These cases should definitely make people more cautious about selling or buying products through Facebook. To air on the side of caution, Vancouver PD has suggested that people arrange to buy or sell products in front of their headquarters at 2120 Cambie St. This is an option that I would consider if I were to buy or sell something.