Podcasts have been on an unprecedented rise since the start of the pandemic. Podcasts are a way to keep us informed and connected to a community. Now there were plenty of podcasts before COVID-19 entered our lives and they were of growing interest to many people but when we were suddenly shut down in 2019 our lives were catapulted into a frenzy of new media along with a feeling of isolation. Podcasts have become an essential way to pass the time! It’s not like podcasts were suddenly invented three years ago and everybody started making one in their basement to pass time. Podcasts have been around since about 2002 according to Google search trends, and they were not extremely popular in their early days. It was considered “a disappointment” by many early investors that didn’t see it as an attention-grabbing venture, and some investors decided to move on to other outlets that were more ‘lucrative’.

The audience for podcasting slowly continued to grow as more podcasts were created and the shows began to have more and more loyal and appreciative followings. The rise of podcasts is an interesting one to discuss as we live in such a sink-or-swim society these days. Chris Sutcliffe, a content publisher at the Advertising Association, believes it all boils down to Amara’s Law, “the idea that we overestimate the impact of technology in the short run and underestimate it in the long run.”

Podcasting seems to have now become an essential way for people to tune in and listen to their favourite shows and series. Many believe the trend of Podcasts took a turn in 2014 when the wildly popular true-crime series “Serial” was released. Bringing the ordinary person right into the middle of a real crime scene. 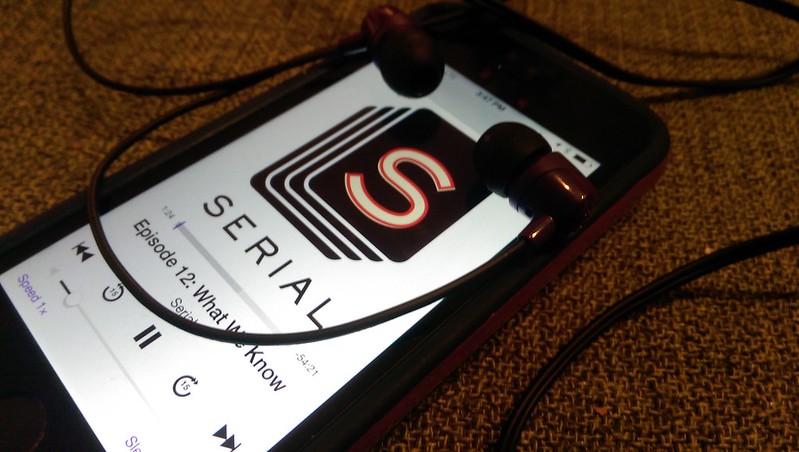 There have been many other podcasts that have contributed to the monumental growth of the podcasting world. Shows such as The Joe Rogan Experience with around 11 million daily listeners, the widely popular Call Her Daddy Podcast by Alexandra Cooper, the infamous Spittin’ Chiclets Podcast that has changed the game in the NHL Media, and even news outlets such as The Daily which sits at #2 on Apple Podcasts. Slowly but surely, the industry has built up its loyal following and now, podcasts are everywhere.

Even us here at BCIT are regularly posting podcasts on a variety of topics! Check them out at the Evolution Podcast Network!