We Vancouverites experienced quite a winter huh? It feels reminiscent of summer when the entire province was on fire… or maybe even autumn when the Fraser Valley flooded?

It’s almost as if the climate is changing?

No, but for real, after 2021, how can you seriously deny climate change? Mother Nature has grabbed us by the collar and is shaking us.

Over the weekend, we received another wake-up call. Due to sea levels rising and King Tides, sections of Vancouver’s sea wall were destroyed.

If you were also wondering what the heck is a King Tide? It’s a non-scientific term to describe unusually high tides. These higher than normal tides typically occur during a new or full moon and when the moon is at its perigee.

So why are sea levels rising?

As the Earth heats glaciers and ice sheets worldwide are melting and adding water to the ocean.

But that’s not all, as the water heats up it expands in volume. The ocean is actually about 7 to 8 inches higher now than it was a century ago.

In the past, a King Tide wouldn’t be so detrimental, but now with the higher sea levels, we aren’t equipped to handle these tides. Particularly exposed infrastructure along the seaside. I mean again, look back at the sea wall currently.

Now let’s rewind a bit. Remember last week? When your car was buried and the streets were an ice rink. Although it was nice to have a white Christmas, I know a lot of us were over it pretty quick.

Dear Canadian East Coast, it appears that due to the chain supply issues your freezing temperatures and snow storm ended up in #Vancouver while you got our drizzly and gloomy #bcweather. Please arrange the exchange as soon as possible! #BCStorm pic.twitter.com/wlFBA0rjBY

So If the earth is warming like scientists are warning us, why is it so darn cold outside? It’s honestly a good question, that I think a lot of us are nervous to ask!

Well first off, weather isn’t climate. Scientists are hesitant to label BC’s cold snap as global warming just yet. Because it’s true, one bad storm doesn’t necessarily mean it’s a result of climate change. However, the extreme weather is consistent with what scientists are calling the Polar Vortex.

The correlation between extreme cold and global warming is still debated within the scientific communities. But, there’s one thing certain, that just because it’s colder in your backyard doesn’t mean it’s colder globally. Winter’s are still warmer on average worldwide, climbing to new records each year.

Extreme weather events like BC has been experiencing in 2021, will become more common as the Earth warms, with many climatologists forecasting that an unstable polar vortex will bring storms like this to us multiple times per decade.

Little to no warning has been posted for this coming week. Now Vancouver’s snowfall has halted, and the temperature is stabilizing above 0 degrees, heavy rain is expected for coastal areas, combined with the melting of recent snow.

Rivers are expected to rise, resulting in possible flooding. Previously flooded areas like the Fraser Valley may be more vulnerable.

Impacted highways continue to be closed and BC’s state of emergency has been extended to January 18th.

There are differing opinions on whether BC’s atmospheric river floods had nothing to do with global warming. It’s hard to say, and I’m no expert, nevertheless, there is consensus that the intensity of landslides, floods and rainfall will continue and become the “new normal.”

And similar to the unprecedented snowfall, BC is not prepared for these extremes.

Even in my 20 years of life, I’ve noticed a significant difference in summer temperatures. My family used to visit the Okanagan every year to enjoy some real summer-y weather. Vancouver rarely surpassed 20 degrees. However, in the past couple of years there’s been no need, and more recently it’s no longer an option!

An extreme heat wave referred to as the “heat dome” hit Western North America from late June through mid-July 2021, resulting in record-breaking temperatures across the province.

Most notably Canada broke its temperature record for a third straight day in late-June at 49.6 degrees in Lytton, BC.

The very next day, the town was engulfed in flames. Lytton was burned to the ground, taking two lives. Residents of Lytton lost everything. I drove through the town a few months later on my way to 100 mile house and it was a jarring sight. Torched cars and rubble was left roadside and highway signage was charred black.

On July 20th a Provincial state of emergency was declared as wildfires swept the province. Putting over 181 evacuation orders. Residents primarily in the Interior region were forced to find refuge in shelters. 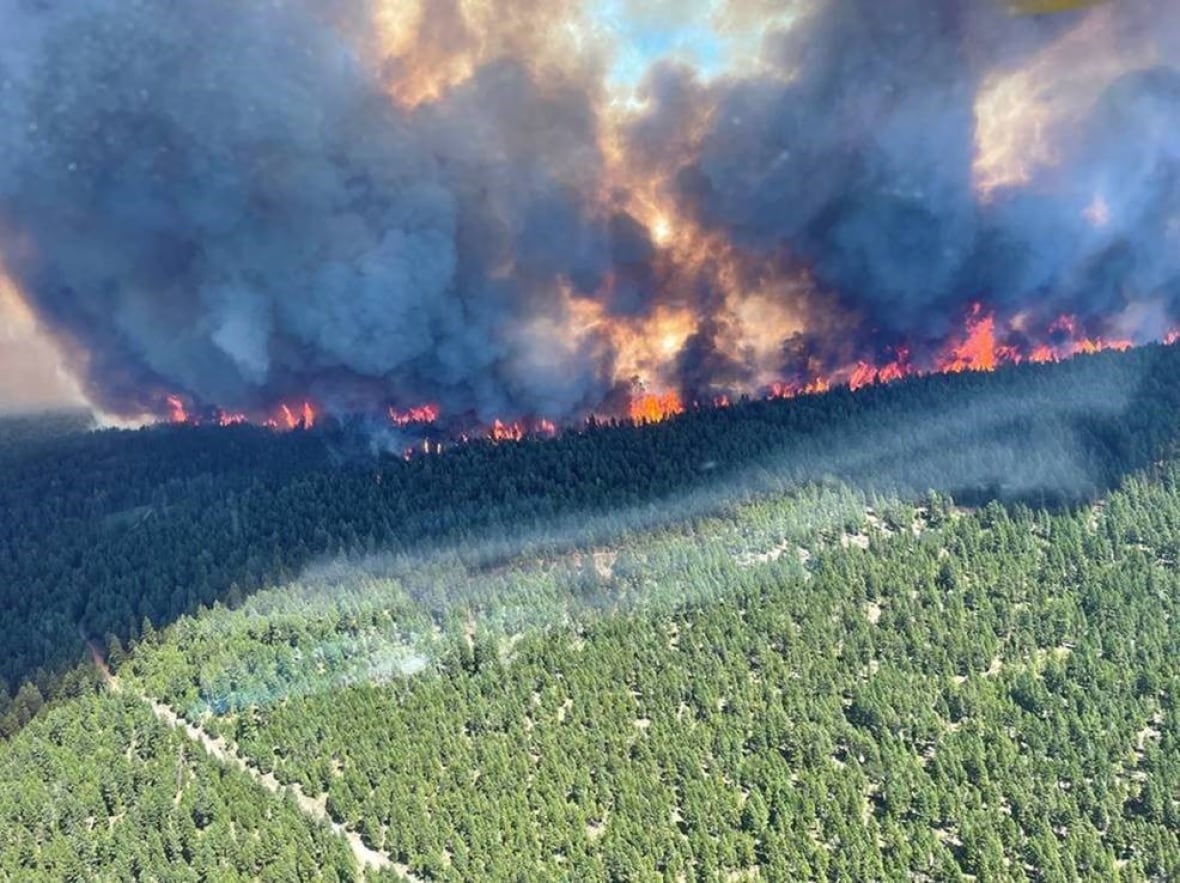 Research is showing that the increase in wildfires is due to the heat and drought that climate change is costing us. And it’s costing us more than you may think… In total, $565 million has been spent on fighting wildfires this past year.

For more on wildfires, prevention and their impact on our province – check out Ethan Allin’s Evolution 1079 podcast episode dedicated to Wildfire.

The devastating reality of climate change and BC’s 2021 weather is that the effects of human activities on Earth’s climate are irreversible. It’s hard to predict what could come this summer, there is a time lag between what we do and when we feel it. However, it’s not too late to make a difference for the future.

Last year should serve as a warning sign that urgent climate action is needed.

Canada is warming faster than most other countries on the earth because it is located in the Arctic area, which has warmed twice as fast as the global average.

It’s encouraging to see politicians and large companies acknowledge the global warming crisis, and commit to reducing the greenhouse gases let out into the atmosphere.

After a long hot, cold, and everything in between year all we can do is advocate for change by doing our part and leaving a better world for future generations.