With 10 seconds left in the game, I looked at my assistant coach and said, “I can’t believe we’ve done this.”

Before the final siren even buzzed, all the players and coaches hopped the boards with waving arms in the air charging down to our goalie.

It’s ours and no one can take it from us. We’re the champions this year.

If you watched us play at the beginning of the season and I told you we’re going to win the championship this year, you would have thought I was crazy, drunk and/or stoned, because we were absolutely terrible.

It’s the “C” division, which means everyone gets to play and no one gets cut from a team, that’s what the “A” and “B” divisions are for. So, the way the teams are made up is the coaches of each team work together to determine what player goes to what team, while the goal is to make the teams as even as possible.

Being that it was my first-year coaching, I was half the age of the other coaches and I was completely unfamiliar with the all players, I may have been taken advantage of a little and was given, by far, the worst team out of the bunch. The coaches are supposed to split the best and worst players to even out the teams.

I was given the four lowest ranked players while only receiving one of the top eight. 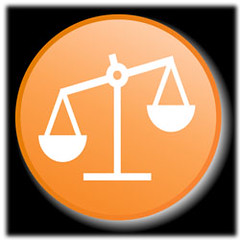 I didn’t really care about winning all that much, I just loved coaching and being around the game and players.

The kids did want to win though. It wasn’t the end-all-be-all for them, but constant losing drags the fun out of anything while the whole point they play, especially in the “C” division, is to have fun.

A couple months into the season, with zero wins, it really started to take a toll on the players. You could sense it as soon as they entered the locker room, it was like they didn’t even want to be there. So, I had to change something.

One night, as I’m laying in bed ready to go to sleep, it’s like a light went off in my head and this quote I read one time came to mind:

“Consistent persistence. One thing at a time. One day a time. Tomorrow can’t come without today.”

I began taking this sort of approach to the rink with me whether it was practice or games. We were only going to worry about today to get better for tomorrow.

For practices, I began focusing more on team camaraderie/chemistry and individual skills. The main key that would bring us success though, was emphasising mental health and being present in the moment.

Being that these are teens, I was reluctant to share much “philosophy” with them. Because of that, I would constantly just pound it in their heads to only focus on what they’re doing in that moment and don’t think about anything else; not your homework, a party, relationship problems or anything else a teen deals with. I would explain to them that it’s ok not to think about that stuff right now, it can be dealt with after. Thinking about it here isn’t going to change anything.

We even changed our approach to games. Instead of focusing on winning, we focused on creating good habits that, in the future, would come naturally to the players. It wasn’t about the score; it was only about how we played. 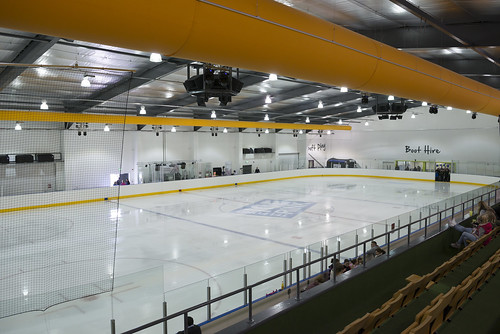 The ice-rink was their safe-space and their sanctity, but it was being ruined by the miserable season we were having. I was hoping that this sort of strategy would bring the fun back.

With everything, what we were essentially doing is bringing the players back to the moment and releasing all that negative noise in their heads. We were getting them to put their minds to only one thing at a time to, to only think about that while blocking out the end result of how good they are going to be in the future. It was about staying in the moment and only this moment. We weren’t going to worry about winning or losing future games or how the season was going to turn out, we were just going to be here in the moment, work hard at whatever we’re doing in that moment and not think about any outcomes.

It was a little hard at first to get the team to wrap their heads around this concept with blocking out the noise and just focusing on each drill, or each shift, one at at time. But, once they did grasp this, they responded very well. Not only did it increase the fun while decreasing pressure and stress, but we also actually started to play better.

It wasn’t quick but it was definitely happening. We could tell that each ice time, there were small improvements that all the coaches could see. Whether it be individual skills or team play, we were becoming a different team all due to our relaxed mental state of being in the moment.

From September to January, our record was 2-22. And those two wins came late in that time frame after we implemented our new coaching tactics.

Even when January hit, it’s not like we were all of a sudden the 80’s Oilers dominating teams. We still struggled, but we really started to notice a major difference in our play as well as the atmosphere around the team. The kids were rejuvenated. 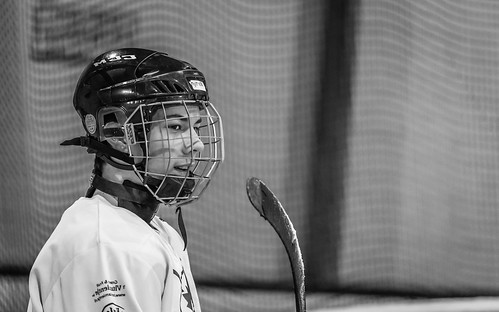 With the “consistent persistence” at practice and with working on good habits in-game, focusing on the journey rather than the outcome, we won seven of our last ten games to qualify for the Championship Finals.

From September to January, although we were improving, you could tell it was the same team. By the time the Championship game rolled around in March, you wouldn’t have recognized us from what we were months prior.

In the Finals, the kids were completely relaxed but entirely focused in the moment. They didn’t have to think much, they just played. You could tell that hammering home all those points about focus, distractions and just being simply present, was on full blown display because we dominated, shutting out the best offensive team in the league, 3-0.

I can honestly say that I’ve never been so proud in my life. I was so proud for the kids because our team, at the start of the year, was the punch line in any joke around the league. The kids lacked confidence and hated playing at times. We were terrible then, but now we were on top of the mountain, the view looked great and the kids could not have been happier.

And selfishly, I was proud of myself for what I had accomplished in my first year as a head coach. Sure, it was only the “C” division, but to see where we were and where we ended was truly incredible. What followed my pride was even more impactful for my life because as much as I was trying to teach the players, I was teaching myself as well.

Just like the players, I was doing my best to practice what I was preaching. I wasn’t thinking about the end goal, I just had my mind on each ice time and each moment. I relied on focusing on how to make it fun while changing my coaching syle and doing that each and every ice time. It got frustrating at times but I just kept telling my self, I have to do what I tell them to do.

It showed me to achieve success, whether it’s a  “C” division minor league hockey championship, getting your dream job or achieving any other goal in your life, it’s all about consistent persistence.