Kurt Cobain in my opinion is one of the greatest musicians ever and you can’t deny it due, to how much influence he’s had on new generation music and the grunge sub-culture.

Cobain was born at our neighbors’ border, Seattle Washington. If you’re an Aquarius congrats! So was Kurt! As he was born into this world on February 20th, 1994. He was a son of a waitress and automotive mechanic father, besides growing up in a two-couple household, it was the least in ordinary. 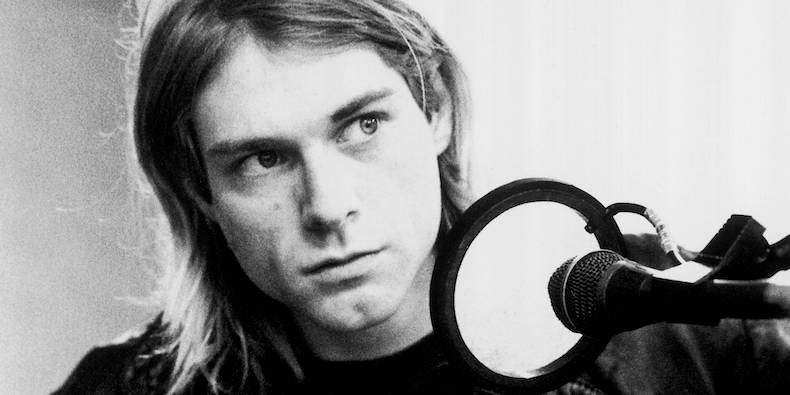 At nine years old his parents decided to divorce each other, and Kurt would go on to live with his brand-new stepmother and father. In an Interview from 1993, Kurt reveals how this divorce affected him immensely and his mother noted it too saying he became, defiant and withdrawn. In the interview itself he said:

“I remember feeling ashamed, for some reason. I was ashamed of my parents. I couldn’t face some of my friends at school anymore, because I desperately wanted to have the classic, you know, typical family. Mother, father. I wanted that security, so I resented my parents for quite a few years because of that.”

All kids with childhood trauma say hey one time! If you note in his music, I can’t help but feel immense pain but also relief while listening, not to assume, but the pain showed through in some of the songs, and I found relief in it. Although Kurt’s father promised not to remarry, he indeed broke that promise he made to Kurt and re-married shorty after. Kurt did not seem too bothered by the decision as his new mother gave him all the maternal attention he craved for. This family classic only lasted so long until his stepmom gave birth to a child, in January 1979.

Kurt had now lost all love he once had and insisted that this family was in fact, not his real family. He began misbehaving and grew lots of resentment against his stepmother. At the same time Kurt’s mother, Wendy, began dating and was dating a man who abusive. He often witnessed the domestic violence inflicted on his mom. Although her son watched it all, Wendy still stayed in the relationship, even refusing to press charges when she once ended up in hospital, due to the violence.

Because of it all, he began behaving insolent towards adults and soon came his teenage rebellion and fuck parents’ phase, but can you blame him? On top of all that, he began bullying a classmate in school and his father had enough and took him straight to therapy. The therapist suggested that Kurt would benefit from a single-family environment, although they attempted to bring the parents back together, that was not going to work. And on June 28, 1979, his mother Wendy granted full custody of him to his Father. 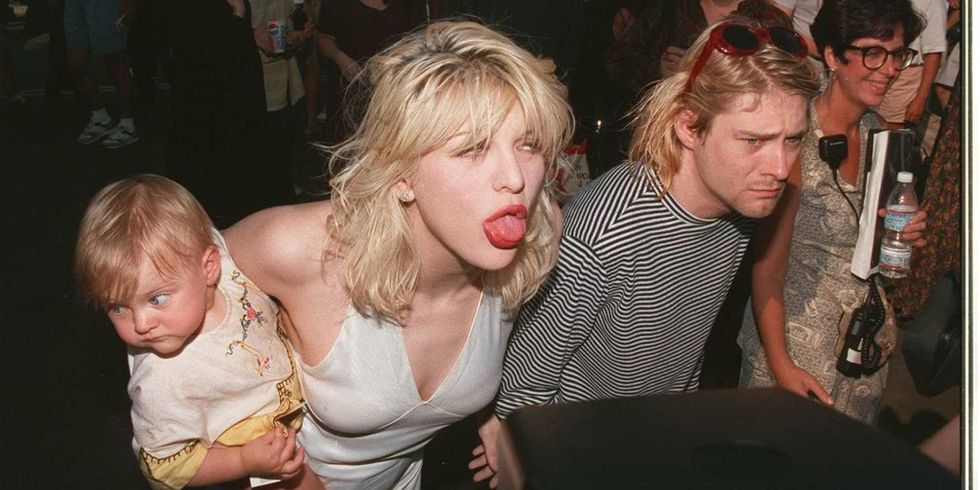 The rebellion continued and it was too much for Kurt’s father to bare, so he would send him off to family and friends. While living with a born-again Christian family-friend, Jesse Reed, he became a devout Christian, for a moment, and later denounced his Christianity.

Beside his troubles he faced with his environment and himself, he was a talented kid and didn’t pay mind to criticisms he’d face. The Cobain family did have a musical background so it is no shock Kurt would take from this. His maternal uncle played in a band called the Beachcombers; his aunt, played guitar and performed in bands; and his great uncle had a career of an Irish tenor and making an appearance  in the 1930 film King of Jazz. The talent he had was evident from an early age, he would draw his favourite characters from films and cartoons. His Grandmother, Iris Cobain, as a professional artist encouraged him greatly.

It’s fair to say if he were alive today, he would despise music journalists and society and what has become of it all, as sad as it is. Kurt was everything punk rock and grunge culture was as a movement. He was very vocal on his support of pro-choice, sexism, racism and homophobia, and all of this somehow ended in death threats being sent to him due to his views.

Which what idiot is listening to Nirvana and doesn’t get those vibes from the music already?

He often complained about music journalists and how they would break their pens attempting to decipher lyrics and meanings.

“Why in the hell do journalists insist on coming up with a second-rate Fruedian evaluation of my lyrics, when 90 percent of the time they’ve transcribed them incorrectly?

He always said music came first and would come up with melodies in which he would then follow with, lyrics. He insisted the lyrics were unimportant and would procrastinate on writing them, often changing the content and order of lyrics during performances.

So, you could see why music journalists were losing minds with Kurt’s lyricism.

His influence on the industry and rock music is evident, his whole persona, angst and views are what makes him and his music that much better. It is so crazy to see how much his music and influence has carried to today, his quotes on social issues, race and music, are still accurate.

As someone who went through my angsty Nirvana phase in ninth grade, I think it is so essential to have at least, ATLEAST, one Nirvana song in your music library. And even that’s the bare minimum.

The whole grunge, punk and alternative rock music is owed a lot to Nirvana and Kurt Cobain. 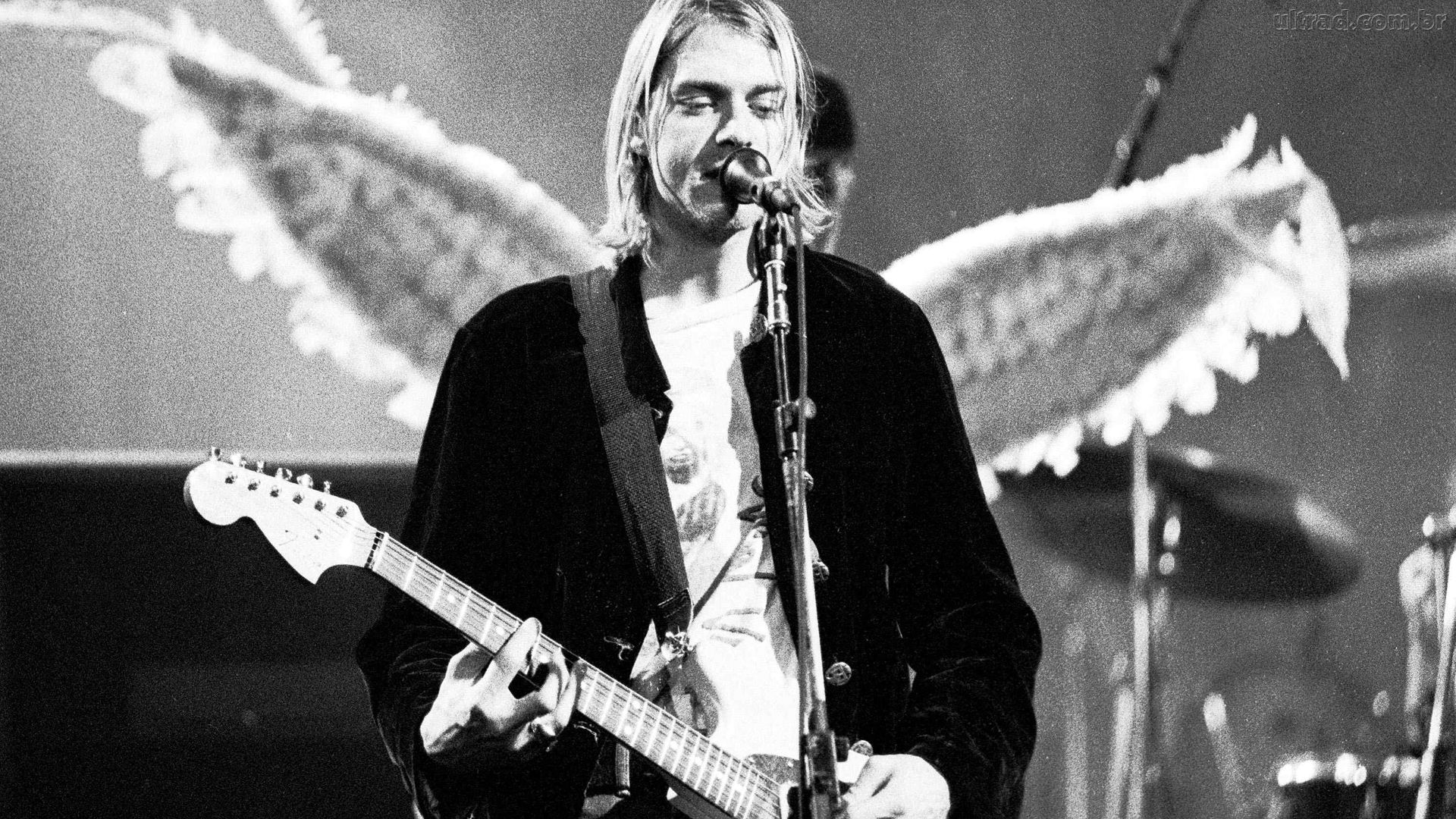 So, Rest in Paradise Kurt Cobain and rest well