Instagram is one of the most popular forms of social media. I mean, everyone and their dog has it. My dog has it, give him a follow @stanley.pierre_. He’s a Lab/ Great Dane rescue dog who is crazy and energetic for the two hours he’s awake in the day. They sleep a lot, a snore louder. I describe him as “my annoying little brother” as he’s always there nudging to play with his toys or to hang out with him. I’m an old child so he’s the closest thing I have. 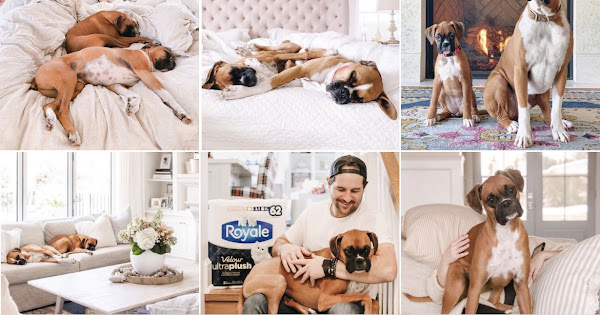 But this week is his birthday and I need to make his birthday look better than Nacho Cilantro and Peaches Pasutto. If you don’t know what I’m referring to, those are Jillian Harris’s dogs, which have some of the best Instagrams I’ve ever seen. Nacho has 102 thousand followers and Peaches has 47.2 thousand. Peaches began on January 19, 2019, nacho Cilantro on the other hand began on June 20, 2016 so the gap is just because Peaches is much newer. You log onto their account and it’s all ascetically pleasing with the same colour theme throughout and these dogs sit so well behaved. I can’t compete with them. I don’t even put that much work into my own Instagram let alone Stanley’s. I point a camera at Stan and he starts misbehaving right on the spot. I know Jillian probably has people that post on the accounts and engage with everyone but c’mon.

So his seventh birthday is this weekend and I’m going to make his birthday the most aesthetically pleasing Instagramable event. I have ordered him a cake. It’s a peanut butter heart shaped cake from Three Dog Bakery in Port Moody. I got him a new bow tie. It’s purple and looks very smart. He has a new silver prince hat that has sparkles and feathers. Last year he has a blue birthday hat so I figured he’s upgrading this year to a Prince. I have “Happy birthday” streamers and the perfect background for his pictures. I will be using the hashtag #StanleysSeven throughout the day if you would like to keep up with Stan throughout his big day. 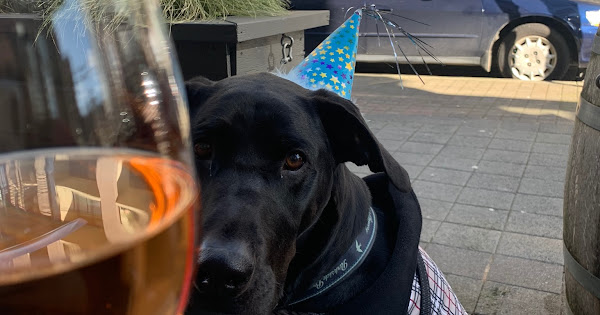 Stan at Romer’s for his sixth birthday

For his birthday, we normally just take him to happy hour. In Port Moody, dogs are welcome on the patios at the breweries, Romer’s Burger Bar has a special doggie patio and Browns Social House even has dogs on theirs. Stan might like going to happy hour more than me, not sure if its for the dog watching, the crumbs of food on the ground or his sneaky licks of wine. Stan will still get to do his favourite activity after I get the perfect photos.

I’ve been telling Stan all week that it’s his birthday so you know he is aware. When he saw his new bow tie, he started jumping up and down. He loves his wardrobe. His cake is going to make him even more excited even though it will be gobbled in five seconds. Dogs man, they don’t savour anything. So it’s game time for me.

If you’re looking to make your dog Instagram famous, take a look at this article which has some pretty great time consuming ideas. But it’s for the fame, right.

PS: if you’re wanting to send Stanley any gifts, he wears a size XX-L and loves cookies.