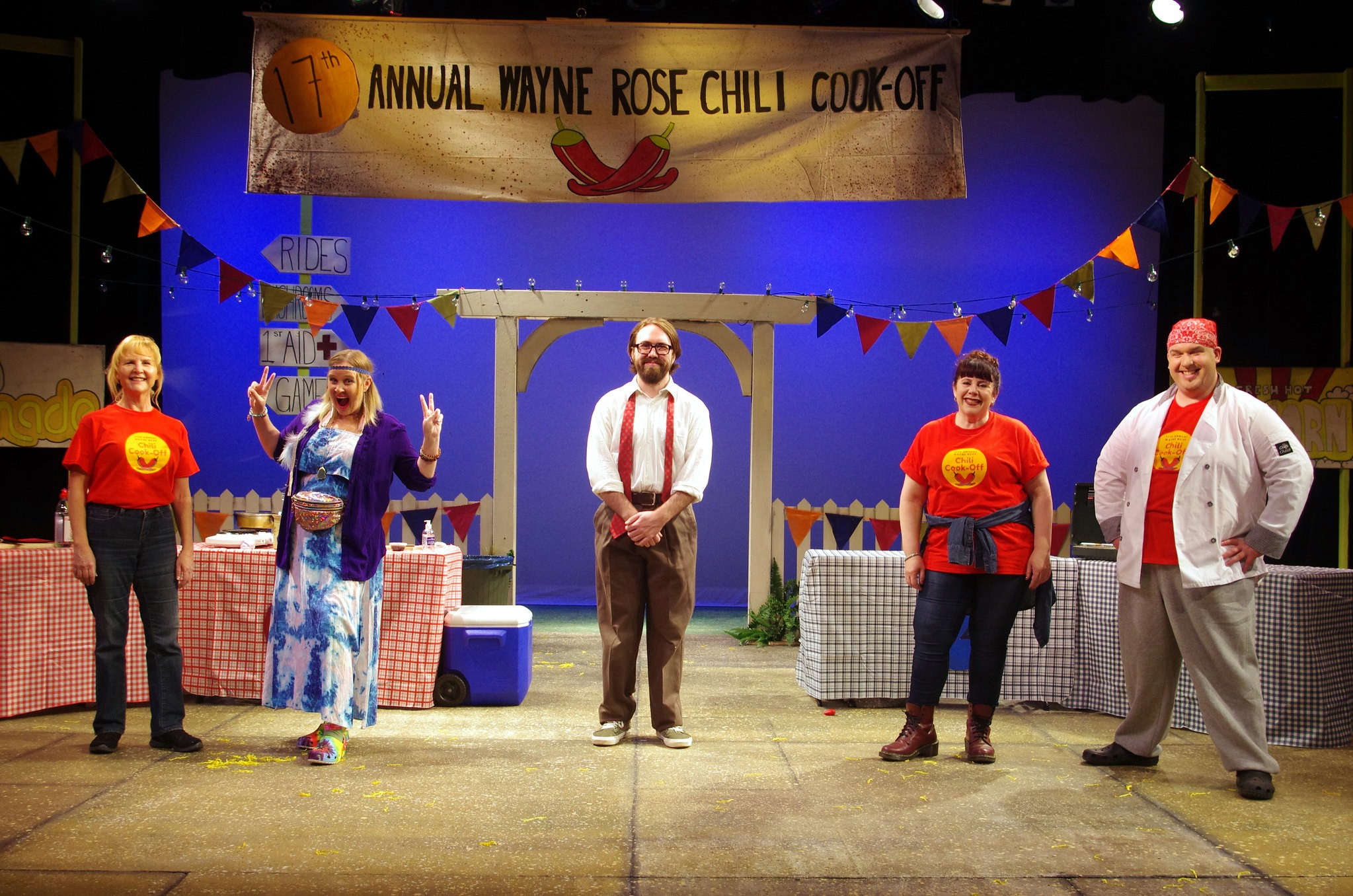 There’s a chili competition this month at the Metro Theatre. As part of their 58th season, the Metro is proud to present the BC premiere of Five Alarm written by Canadian playwright Kristen Da Silva.

Mystery, chaos, and comedy, ensue as a small town prepares for the annual Wayne Rose Chili Cook-off. After sixteen years, Ava Rose is determined to finally take home the top prize. As the day unfolds, blood will be shed, chili will be sabotaged, and secrets will be revealed, as this zany cast of competitors go for the gold.

“Whether it’s to connect/reconnect with someone special, or reconcile some sort of issue that’s been eating you from the inside, the show is about the importance of taking a risk and reaching out,” says actor Mark “Sparky” MacDonald, who plays Tucker in the show. “That, and how you shouldn’t mix personal drama with a chili cook-off, or any cook-off for that matter.”

Since the entertainment industry shut down in March, many people have been feeling the absence of live theatre. There’s nothing quite like sitting in a room of strangers, all watching a story play out together right in front of your eyes. Theatre is a direct exchange of energy between the audience and the performer, and that’s been hard to replicate in the age of COVID-19. With new safety measures in place, the folks at the Metro Theatre are glad to be back.

“The theatre has done a wonderful job of ensuring that the public health order is followed and that social distancing protocols are followed,” actor Shane Steward, who plays Caleb, says. “If people feel comfortable coming, I feel they will be in for a lovely evening of escapism.”

You can get your tickets to Five Alarm for just $30 online here or by calling their box office at 604-266-719. The show runs from October 29th-November 21st at the Metro Theatre, on Marine Drive in Vancouver.